How to Transfer Photo Albums from iPad to PC

If you want to view your iPad photos on your PC, the following guide will help you out by teaching you how to transfer photo albums from your iPad over to your Windows PC. The guide covers multiple methods of doing the task so read on to learn all the available methods.

There is no doubt why a lot of users prefer to view their photos on an iPad as most modern iPad models boast retina displays. These kind of displays allow you to view your content in crystal clear quality and you just fall in love with the photos you view on an iPad of this kind. For some editing purpose, though, a computer is the best and you will need to transfer your photo albums from your iPad over to your PC if you wish to give a retouch to your photos.

While you can use the Image Capture app on a Mac to import your iPad photos over to your Mac, the said app is not available for Windows PCs. However, there are some other methods available that should let you import photos from your iPad over to your Windows based computer.

Let’s check out how to copy photo albums from an iPad to a Windows PC:

How to Transfer Photo Albums from iPad to PC with Photos

With regard to photo management, one of the greatest things Microsoft has done is it has added a really cool software called Photos to their Windows operating systems. If you use a modern version of Windows on your PC, you would know that there is an app called Photos that allows you to manage the photos on your computer.

Step 1 Connect your iPad to computer.

Step 2 Open the Start Menu on your Windows PC and then click on the app that says Photos. It will launch the Photos app on your computer.

Step 3 When the Photos app launches on your computer, you will find an option saying Import at the top-right corner. Click on it to import photos from your iPad.

Step 4 On the import photos screen, all the new photos will be selected to be transferred to your PC by default. If you do not want for certain photos to be imported, you can click on them to deselect them. Then, click on the Continue button to start importing your photos.

There is a thing you should be aware of that the app will only import photos from your Camera Roll. If you have your photos stored elsewhere on your iPad, the above procedure will not work for you but you can use the procedure given below to have all of your iPad photos imported to your PC.

While Camera Roll is where many of the iPad users store their photos, there are users who prefer storing their photos in other folders and places on their iPads. If the photos you want to transfer to your PC are not in Camera Roll but somewhere else, you will need to use a third-party app to be able to get those photos on your PC.

Step 1 Download the latest version of AnyTrans for iOS and install it on your computer. Plug-in your iPad to your computer, launch the app, select Device Manager at the top, and then click on the button as shown in the following image. 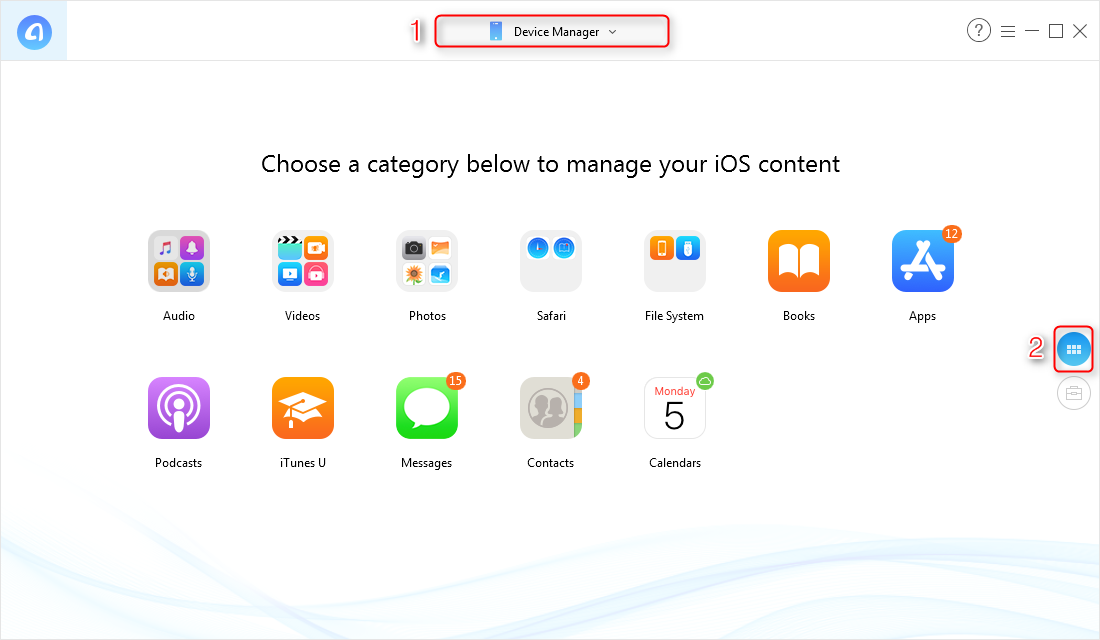 Step 2 The following screen will ask what you would like to transfer from your device over to your PC. Since you wish to transfer photo albums, click on the option that says Photos and then select all the places where your photos are located. 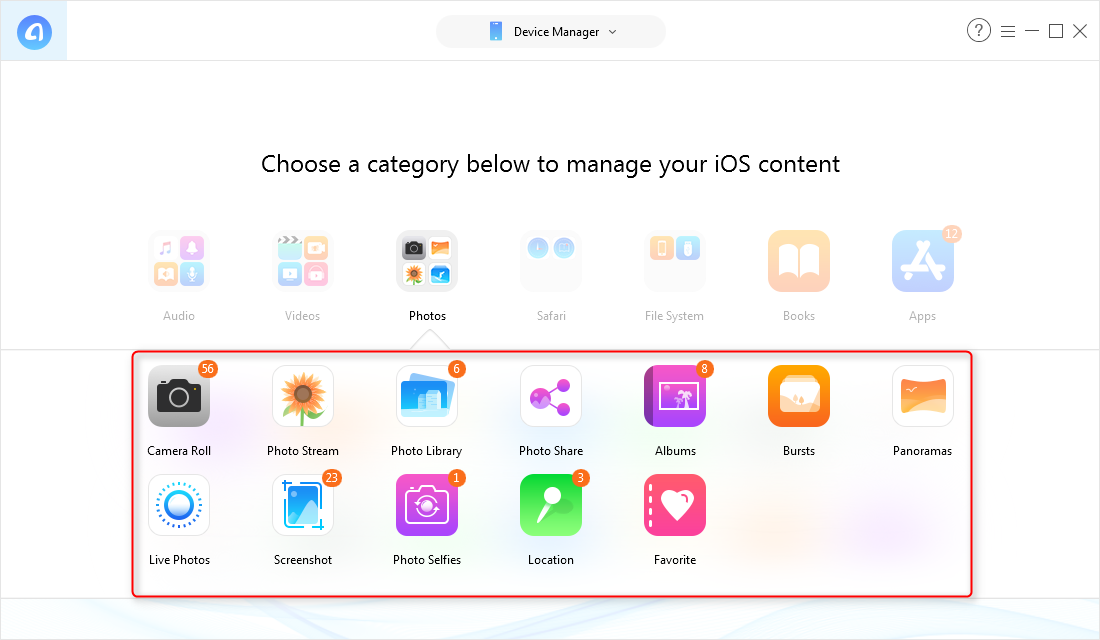 Step 3 On the screen that follows, the app will let you select individual photos from your albums to be transferred to your PC. Make a selection as you would like and then click on the Send to Computer button at the top-right corner of the app. 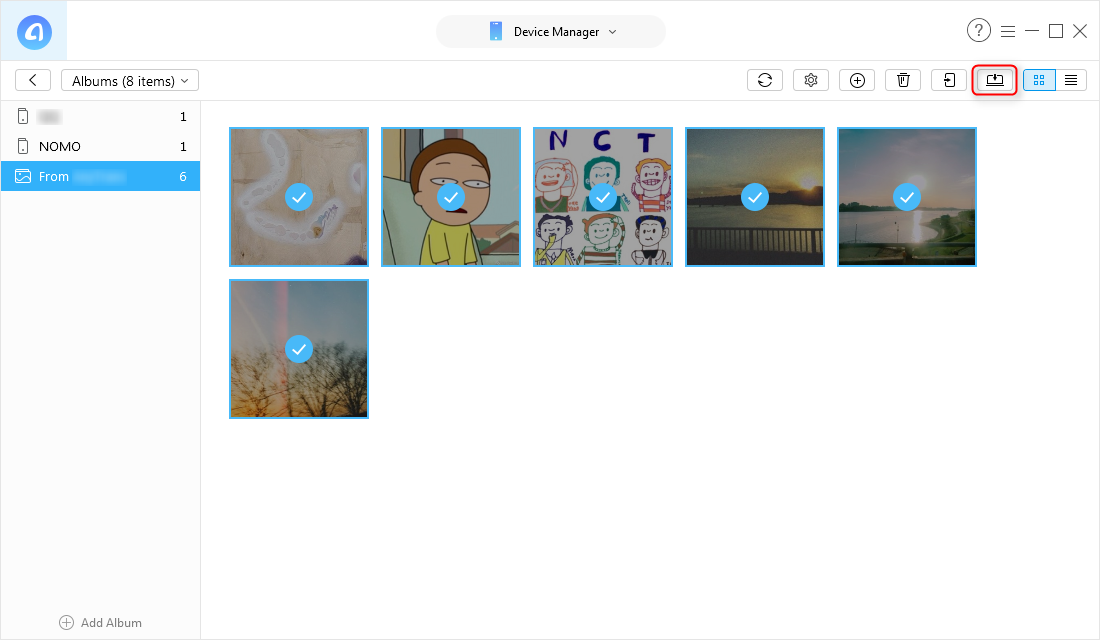 The AnyTrans for iOS app will start transferring the chosen photo albums from your iPad over to your PC.

If you are looking to transfer photo albums from an iPad to a PC, the above guide should teach you how to do it using the most efficient methods available. If you want flexibility, AnyTrans for iOS is the app to go for.

Member of iMobie_Inc, an enthusiastic fan of Apple and Jazz music, always ready to offer advice and solutions to any iOS & Android related issues.

The best tool to transfer, backup and manage your iPhone iPad content, even iTunes, iCloud backup files. As easy as ABC!

How to Transfer Photos from iPhone/iPad to USB Flash Drive 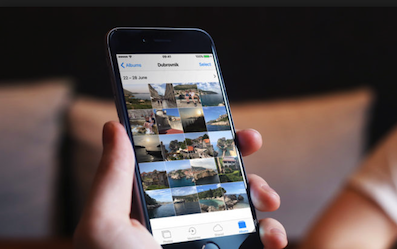 7 Ways to Transfer Photos from iPhone to Mac 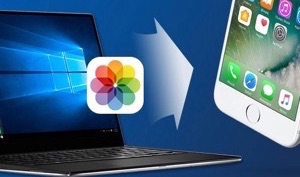 How to Transfer Photos from Laptop to iPhone 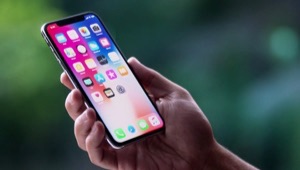 How to Transfer Photos from Mac to iPhone in 4 Ways