In case you are not aware, iOS 13 has a few 3D Touch bugs that could affect your iPhone usage experience. Take the required measurements to ensure the feature works flawlessly as shown in the following guide and you will be all fine.

iOS 13 is like a boon for many users as it brings with it numerous cool new features. You have a brand new dark mode and many improved features for your iOS-based devices. While the update has really made the devices more useful than ever, it has brought a few bugs as well. And some of these bugs actually affect how the 3D Touch feature works on your iOS devices.

3D Touch Not Working on iPhone

The iOS 13 3D Touch problem is real and there are a number of users complaining about it. They say they cannot use the touch as flawlessly as they did before because the new update has broken that experience. If you are one of these users and you too are facing the issue on your device, this guide aims to help you out by letting you fix the issue.

Each of the following methods gives you a chance to fix the 3D Touch not working issue and to get it working again normally on your iPhone model.

Solution 1. Check the Compatibility with the Feature

The first thing you will want to do is verify if your device actually has the 3D Touch feature available for it. Not all the iPhones and iPads developed by Apple have this feature. Therefore, it is important that you find out if your device is one of the 3D Touch enabled devices.

The following is a list of devices that currently support 3D Touch. If you cannot find your device on the list, it does not have the feature and you really cannot do anything about it.

Also, it is safe to say that the future versions of iPhones will also have the 3D Touch enabled on them. As for the iPads, there is currently no iPad that has the feature available on it.

Solution 2. Ensure the Option is Enabled on Your Device

After you have confirmed that your iPhone indeed has the 3D Touch feature available for it, you will want to ensure the feature is actually enabled on your device. Apple gives you the freedom to keep the option enabled and disabled as you please on your device. If the feature is disabled for any reason, you will not be able to use it on your device regardless of what iOS version you run. Enabling the option only takes a few taps and the following shows how you can do it.

Step 1. Launch the Settings app on your iPhone and tap on Accessibility.

Step 2. Tap on the 3D Touch option and then enable the 3D Touch toggle on the following screen. This turns the feature on your iPhone. Once the feature is enabled, you should be able to use it without any delays. 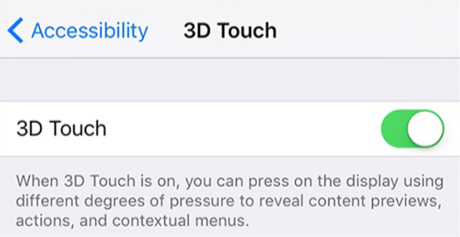 Turn on the 3D Touch Feature on iPhone

Solution 3. Tweak the Sensitivity of the Feature

3D Touch is actually a customizable feature and you can configure it to work the way you want. One of the settings that most people like to tweak is the sensitivity. This defines how sensitive the feature should be on your iPhone. If the sensitivity is not properly set up, the feature will stop working.

Step 1. Launch the Settings app and tap on Accessibility followed by 3D Touch. It will open the feature settings menu.

Step 2. On the following screen, adjust the slider for 3D Touch Sensitivity so it works according to your touches. You can now try the feature out for yourself and it should work. 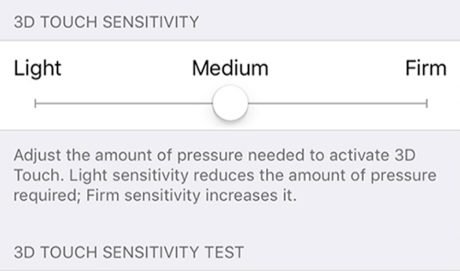 If you still cannot get the feature to work on your iPhone, it could be a minor glitch in the system of your device. The best way to get rid of this glitch is to hard reboot your iPhone.

Hard reboot does not delete any data on your device and is a good way to get rid of small glitches from your device. The following shows how to do it for your iPhone.

Step 1. Press the Volume Up button and let it go.

Step 2. Press the Volume Down button and let it go.

Step 3. Press and hold down the Power button until you see the Apple logo.

Your iPhone will hard reboot. See if you can then use the 3D Touch feature on your device.

Solution 5. Reset All the Settings on Your Device

If nothing works, your final resort is to reset all the settings to the defaults on your device. This will fix any misconfigured setting options and give a fresh start to the 3D Touch feature.

On your iPhone, head into the Settings app and tap on General followed by Reset. Tap on Reset All Settings to do the task. Once the settings are reset, you will be able to use the 3D Touch feature. 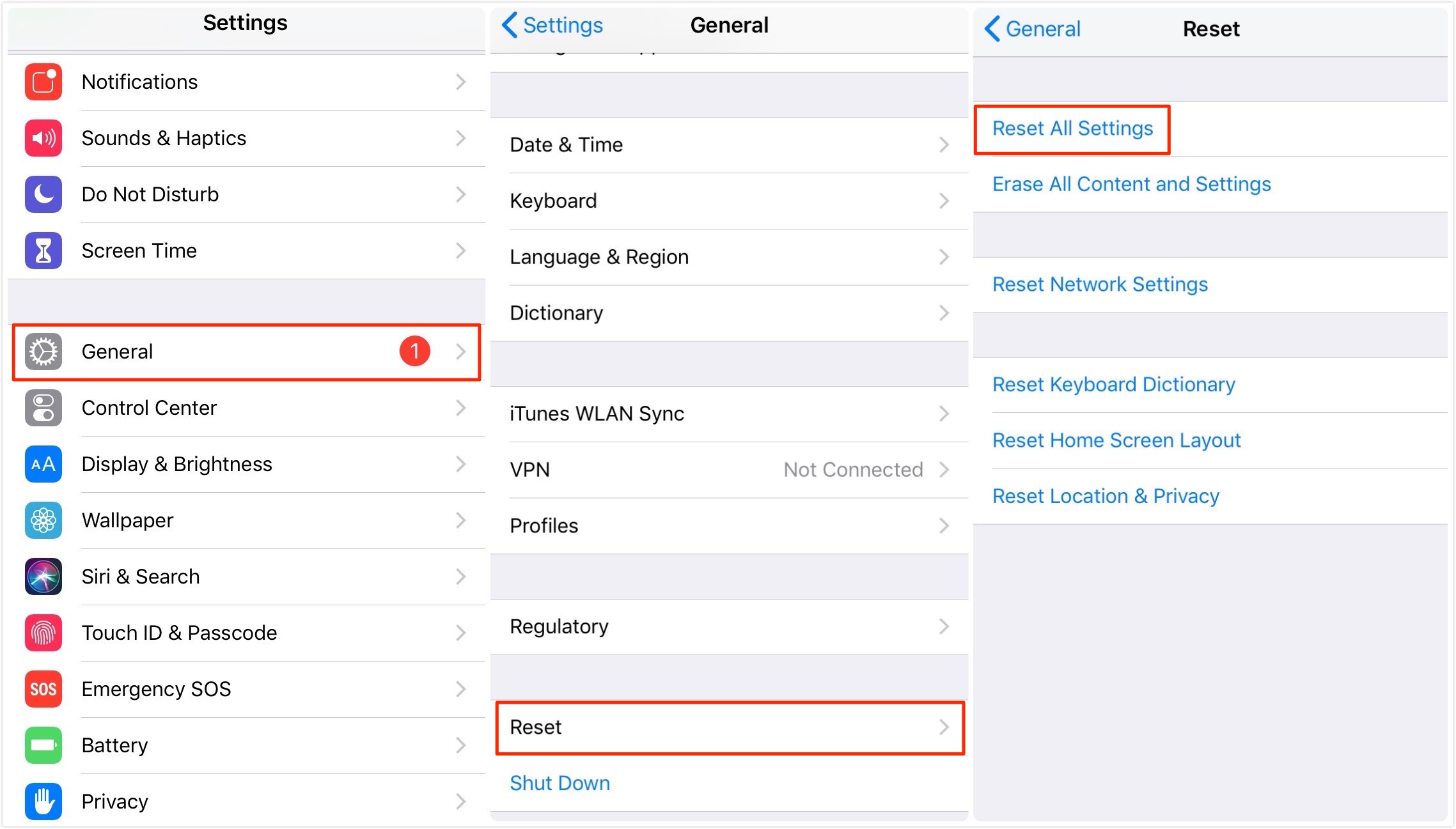 Reset All Settings on iPhone

iOS 13 Force touch or 3D Touch feature has had a few issues but there are some quick solutions to those issues as shown in the above guide. We hope it helps you out and fixes all the issues on your iPhone.