If you are going to get an iPhone XR, you may be interested in finding out if your iPhone XR is going to have the 3D Touch feature. This article explains if it has this feature, and if so, how to turn it on. Check out the full guide for more information.

iPhone XR is one of the most popular models of the iPhone that Apple has ever released. This phone brings with it a compact look and feels and is suited to many users out there. If you have got the phone for yourself or if you are looking to get it, you might want to know if the 3D Touch option is offered on this model of the iPhone.

3D Touch is a feature found in modern iPhones, and the iPhone XR is a modern phone, it is safe to think the phone has this feature built into it. However, a bit of digging and you will find out for yourself if the phone actually has the feature and how to turn it on on the device.

Let us check that all out in the following guide.

What is 3D Touch

Before you dig any deeper, let us first find out exactly what 3D Touch is and how it works.

3D Touch on an iPhone allows you to reveal hidden menus that are normally not visible. As the name implies, you basically turn the feature on by softly touching on various options on your screen. It then makes new menus appear on your screen for you to choose the option you want. An explanation of what 3D Touch is

3D Touch actually gives you two options to view your content. Either you can do a soft touch or a hard touch. A hard touch gives you the full view of whatever it is you are touching whereas a soft touch only lets you look at the subject at a glance.

Both are equally useful and you will use them depending on what situation you are in.

Does iPhone XR have 3D Touch

Coming back to the point, let us find out if the iPhone XR has the 3D Touch feature.

Unfortunately, the iPhone XR is one of the iPhone models that do not have the 3D Touch feature available on it. The phone instead uses a Haptic touch to allow you to perform operations on your device.

Haptic touch is pretty much the same as the 3D Touch. It lets you do all the tasks that you could do with the 3D Touch feature on modern iPhones. The only difference is in how the feature is utilized on the iPhones.

In all other cases, it works exactly the same as 3D Touch and so you would not miss it at all if you had the feature in your previous iPhone model.

How to Turn on Haptic Touch on iPhone XR

Now that you know your iPhone XR is equipped with the Haptic touch feature, let us find out how you can go about turning it on your iPhone XR model. The procedure for how to turn on 3D Touch on an iPhone is similar to this one.

Step 1. Launch the Settings app from the springboard on your iPhone XR.

Step 2. When the settings app launches, tap on the option that says General and then tap on Accessibility. The option you are looking for is located in these menus. 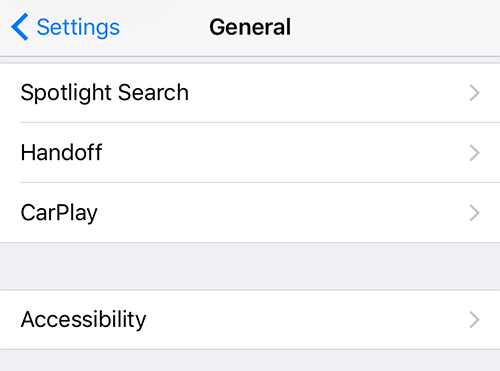 Accessing the Accessibility settings on the iPhone XR

Step 3. On the accessibility screen, find and tap on the option that says Haptic Touch. This is where you enable the option.

Step 4. On the following screen, you will find two options to configure the touch. Choose either Fast or Slow and the touch will work accordingly. 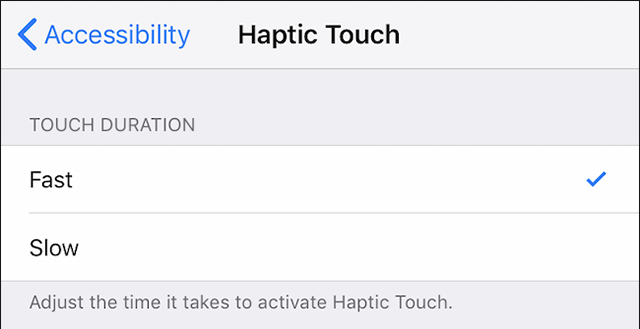 Configure the Haptic touch options on the iPhone XR

That is all there is to it. The Haptic Touch feature should now be enabled on your iPhone XR and you should be able to use it for yourself in your apps.

Knowing whether the iPhone XR has 3D Touch or not is important especially if you are coming from a 3D Touch-enabled iPhone. As you can see, you do not need to worry if it does not have the feature as there is a similar feature available on the phone.