Apple has officially released iOS 12, and one of the new features of iOS 12 is the Siri suggestion, which can be used to help you do the things you frequently do by presenting suggestions on the lock screen or in the search. That is very convenient for some users. But sometimes, these suggestions are not helpful or you simply want to get more free space on your Spotlight Search screen, you can easily turn off Siri Suggestions in Settings apps and also remove it from Spotlight Search on iOS 11/iOS 12 devices.

You May Like: 20 Most Common iOS 12 Problems and Potential Solutions >

After upgrading to iOS 12, if you find your iPhone or iPad running slowly, here is a useful guide for you: How to Speed Up Slow iOS 12 on Old iPhone/iPad >

Part 1. How to Turn off Siri App Suggestions in Spotlight Search on iOS 11/12

Step 3. You will see Siri Suggestions. Toggle it to OFF position. 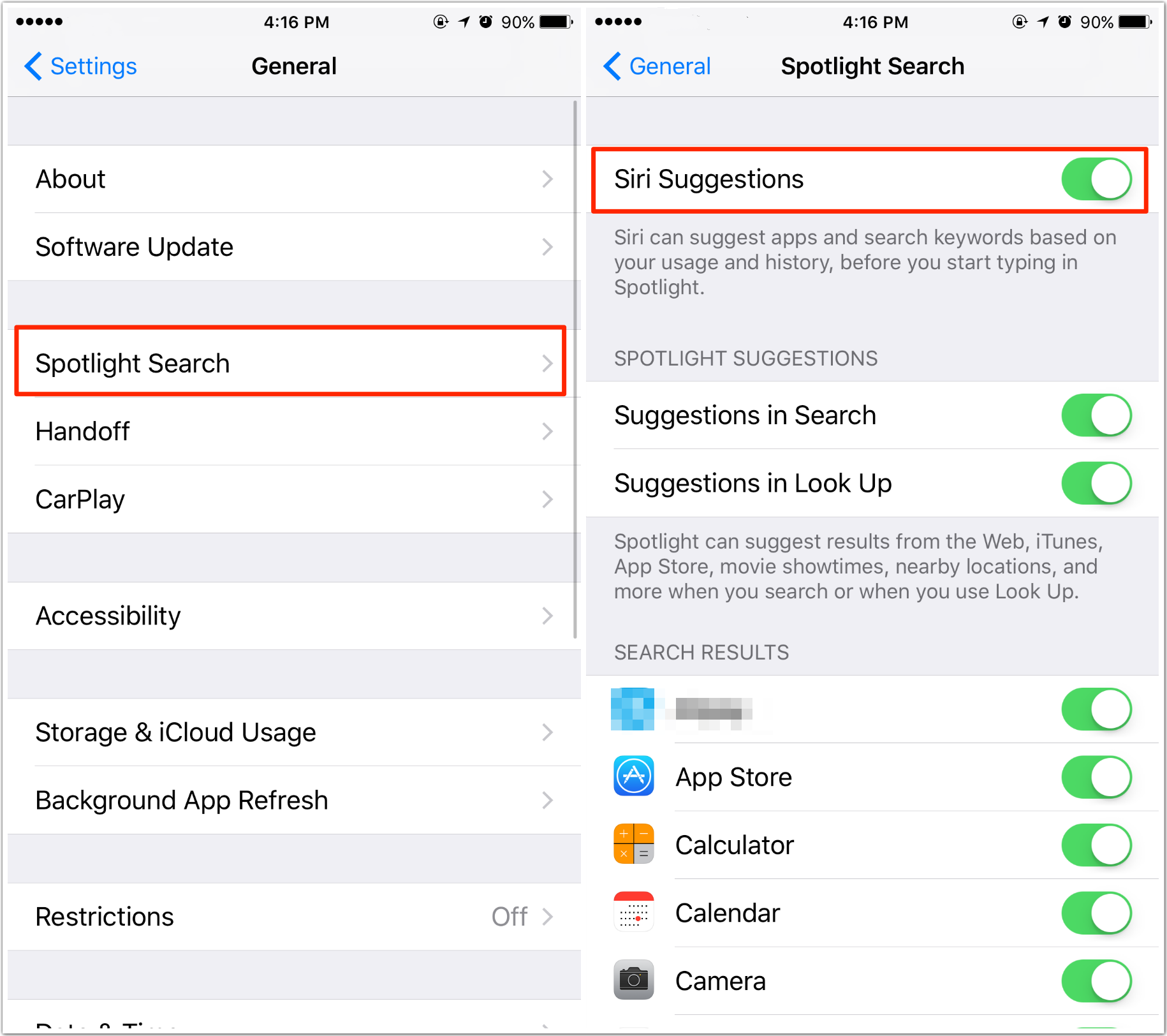 Part 2. How to Turn off Siri App Suggestions in Widgets on iOS 11/12

Step 1. On your iOS 11/12 device, go to the home screen. Swipe from left to right or just pull the notification center down to enter the Spotlight Search/Widgets screen.

Step 2. You should see your widgets including “SIRI APP SUGGETSIONS”. Scroll down until you see the “Edit” button. Tap on it.

Step 3. Locate Siri App Suggestions or other apps you want to turn off. Tap the read minus button and tap on Remove.

Step 4. Tap on Done. Now you will see the Spotlight Search screen is clear. You can tap on the Edit button to add Siri App Suggestions or other apps to widgets again.

After updating to iOS 11, or even the newest iOS 12, if Siri is not working well on your iPhone or iPad, please check How to Fix Siri Issues on iOS Devices. For those who lose notes, contacts, messages and more after iOS update, we offer you Three Ways to Get Back Lost Data on iOS.