iOS has quite a lot of smart functions that are not well known by users, Siri translation is one of them. It is a new feature introduced in iOS 11. This post is about to give a thorough introduction to Siri translation. If you are an amateur to it, just read this article and learn more about it.

The version iOS 11 introduces many new functionalities and features to Siri, which include translation feature too. This feature enables Siri to translate phrases and words spoken in English to other languages. There is no surprise to see that this interesting feature has become quite popular among iOS users and all thanks go to its ease of use. 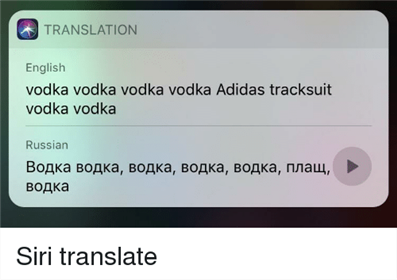 Use Siri to Translate

If you are an iOS user, then you may have also heard about this feature from other users. Recently, we got a lot of queries from users about how to use the Siri translate feature. Well, the good news is that there is no such big deal to learn how to use Siri to translate languages on iPhone. However, if you still have no clarity about how to use it, then you are in the right place.

Here, in this guide, you will get to know some interesting and new features of Siri translation and how you can use it. So, continue reading the guide.

Before iOS 11, if you ask Siri to do the translation for anything, then it would lead Siri to pull up the most appropriate external links for you to read. But, things are now completely changed with the release of iOS 11 on iPhone, iPad and iPod touch. Now, Siri is capable of translating words or phrases and directly communicating to you so to provide you a better understanding in regards of pronunciation and other tones in foreign languages.

The good news is that it is quite easy and simple to access Siri translation feature. Before you learn how to use it, you need to ensure that Siri on your iPhone is set to use only US English as its default language. At present, translation only works from the English language to supported foreign languages.

Follow the below guide to learn how to use Siri translate:

Step 1: To start with, you need to either hold down the Home button or use a “Hey Siri” command to activate Siri on your iPhone.

If you are using the iPhone X or higher model, then you need to press and hold down the side button to activate Siri on your device.

Step 2: Next, tell Siri to translate word followed by the phrase you would like to translate and also, the language you would want it in. Let’s take an instance as shown in the below figure. 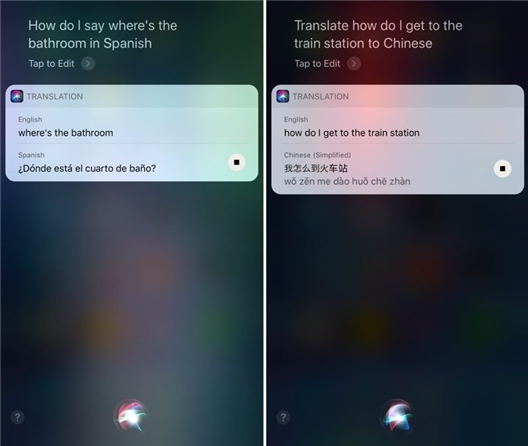 Step 3: In a while, Siri will give your response with a suitable translation, both vocally and in text form. You can replay the vocal component by simply pressing the ‘Play” button.

If Siri is unable to understand your translation request, then all you need to do is to click on your question to modify/edit it with your keyboard.

Well, there are a number of ways when it comes to phrasing your translation request. Siri will give a response to “How do I Say Z in Z language?” or “Translate Z to Z language?”

As you can see that Siri new feature called translation is quite impressive. Right now, Siri, this feature is limited in terms of supported foreign languages due to its beta version. It is able to translate to foreign languages – French, Spanish, Italian, German, and Mandarin Chinese. Siri can’t translate from US English to numerous other languages, which include Canadian, Australian English, and British.

However, Apple is planning to add some additional languages and new features to the new Siri translation feature with the release of a new iOS version.

So, if you are iPhone running with iOS 11 or later version, then give a try to new Siri feature yourself and you will get to know it is quite useful in many situations. But, if you are iPhone running below iOS 11 version, then check out whether the latest version is available for your device to take advantage of this new translate feature of Siri.

As you can now see that it is really quite easy and straightforward to use the new Siri translate feature. As Siri speaks translated words aloud and thus, the new feature is very helpful and comes in handy when you are traveling and attempting to receive some communication across. Learn it and make good use of the new Siri feature in your daily routine.