Why won’t my iPhone or iPad update to iOS 12/13 or iOS 14 (beta)? This guide will share with you how to troubleshoot the iPhone won’t update new iOS issue.

You may meet problems when updating to a new iOS on your iPhone, iPad, or iPod touch. Now the latest public iOS version is iOS 13, iOS 14 (beta) is also available, and the public version of iOS 14 will be released this fall.  iOS 12 was released on September 17, 2018, it supports iPhone 5s and later and iPad Air (1st generation) and later, as well as iPod touch (6th and 7th generation).

If you are working with a relatively old iOS device like iPhone 6/6 Plus or iPod touch 6th generation, you cannot update to higher iOS versions like iOS 13 or iOS 14, the highest iOS version your device supported is iOS 12.

No matter which iOS version you want to update, if you have the problem with why won’t my iPhone update to iOS 12/13 even the new iOS 14 (beta), here we will share with you 8 reliable and efficient solutions to help you solve the problem effortlessly. Let’s check them now.

Firstly, you need to make sure that your iPhone, iPad, or iPod touch is compatible with the iOS version it supported.

Make Sure You Have Enough Free Space

iOS 12/13/14  won’t download problem may happen when there’s not enough free space on your device. So, check your device has enough available space to store the update files (generally require 750-800 MB). To check how much space is available:

Go to Settings on your device > Tap General > Scroll down and choose iPhone Storage. At the top of the screen, you’ll see how much storage is available on your device. 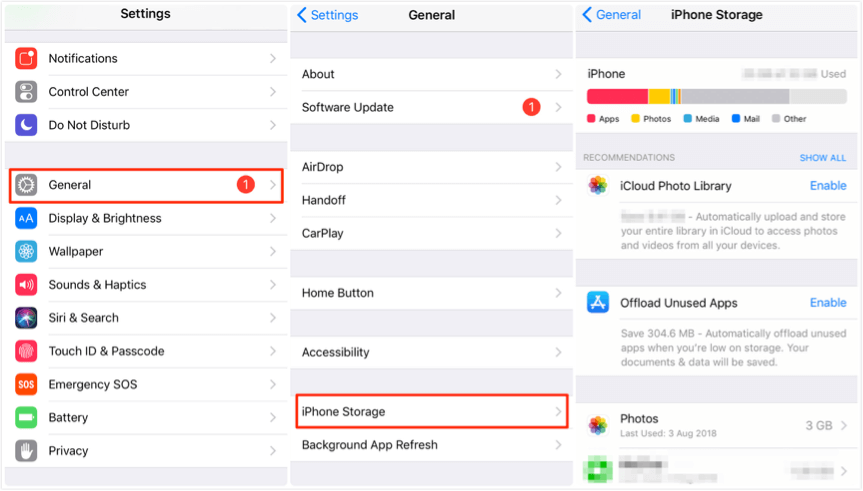 A stable network connection is essential to download new iOS. So, make sure that you have a strong Wi-Fi connection on your iOS device.

Connect to Power or Charge Up

iOS 12/12.1 update needs a sufficient charge to make it through the upgrade process. Ensure that your device is at least 50% charged before attempting to upgrade or just connected to a power source and then update.

iOS update won’t download error may come up when you still on the iOS beta version. Just delete the beta files and re-download iOS on your device, do the following:

Step 1. Go to Settings on your device > Tap General > Scroll down and choose Profile.

Update Your iPhone with iTunes

If you still can’t download the iOS update with above 6 ways, just manually using iTunes on a computer to update your iOS device to the new iOS version.

Update iPhone to the latest iOS system is very easy while the iPhone works well. Sometimes little iOS system issue will cause the unable-to-update problem. No matter you are using the automatic update or upgrade your iPhone manually, you might encounter this. Therefore, here we recommend you a professional iPhone update tool to help you renew your iPhone without efforts. AnyFix – iOS System Recovery, which supports to fix over 130 system issues and 200+ iTunes problems, is newly released. Also, it provides an easy way to update or downgrade your iOS system. Follow the next steps to get a clear tutorial to upgrade your iPhone to iOS12/13/14 (beta).

Step 1. Get the latest version of AnyFix – iOS System Recovery > connect your iPhone to the computer > choose the Update/Downgrade iOS. 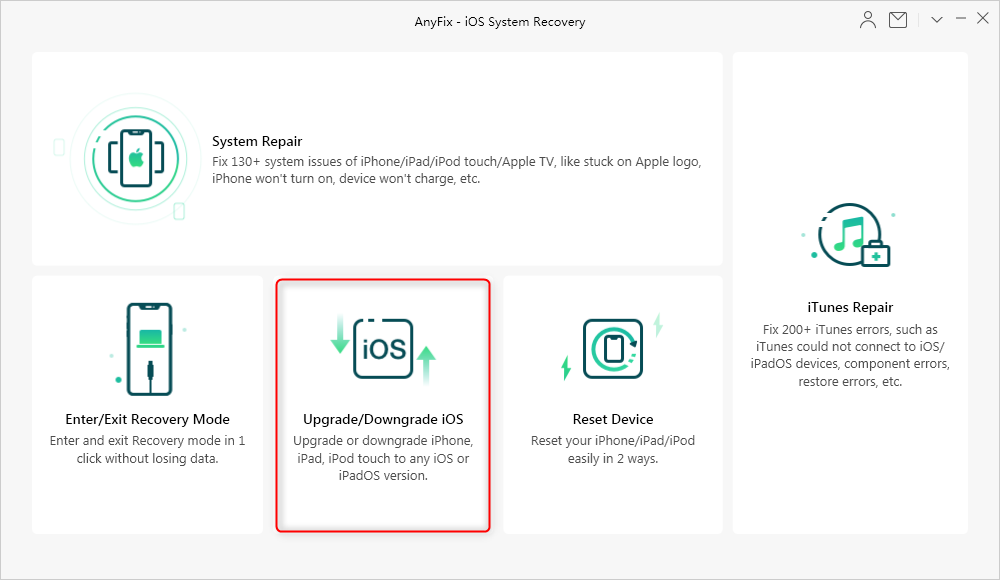 Step 2. Choose the 1 click to upgrade iOS/iPadOS > Tap on Start Now to go on. 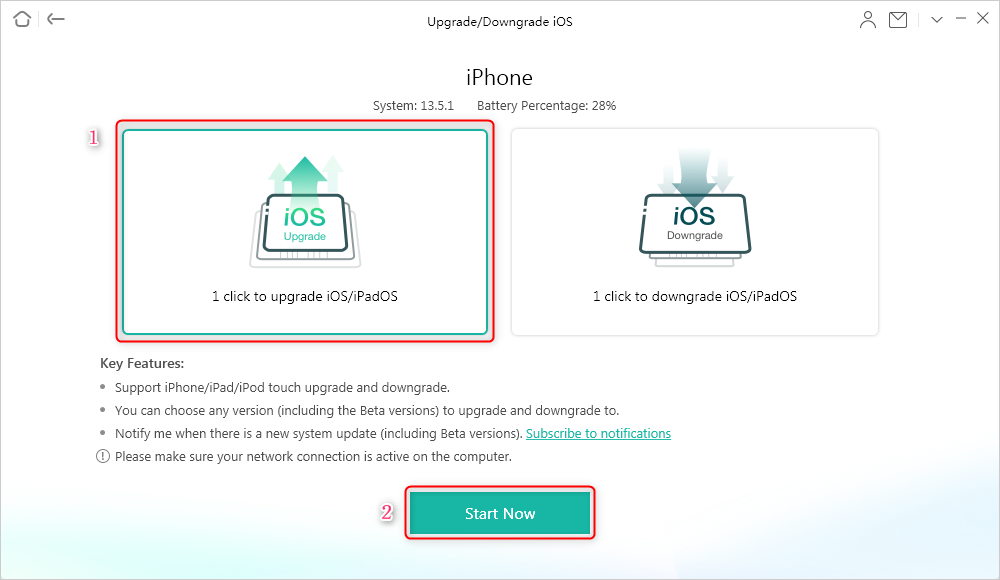 Step 3. Follow the screen guide on AnyFix, minutes later, you will get an iPhone with a new iOS system. 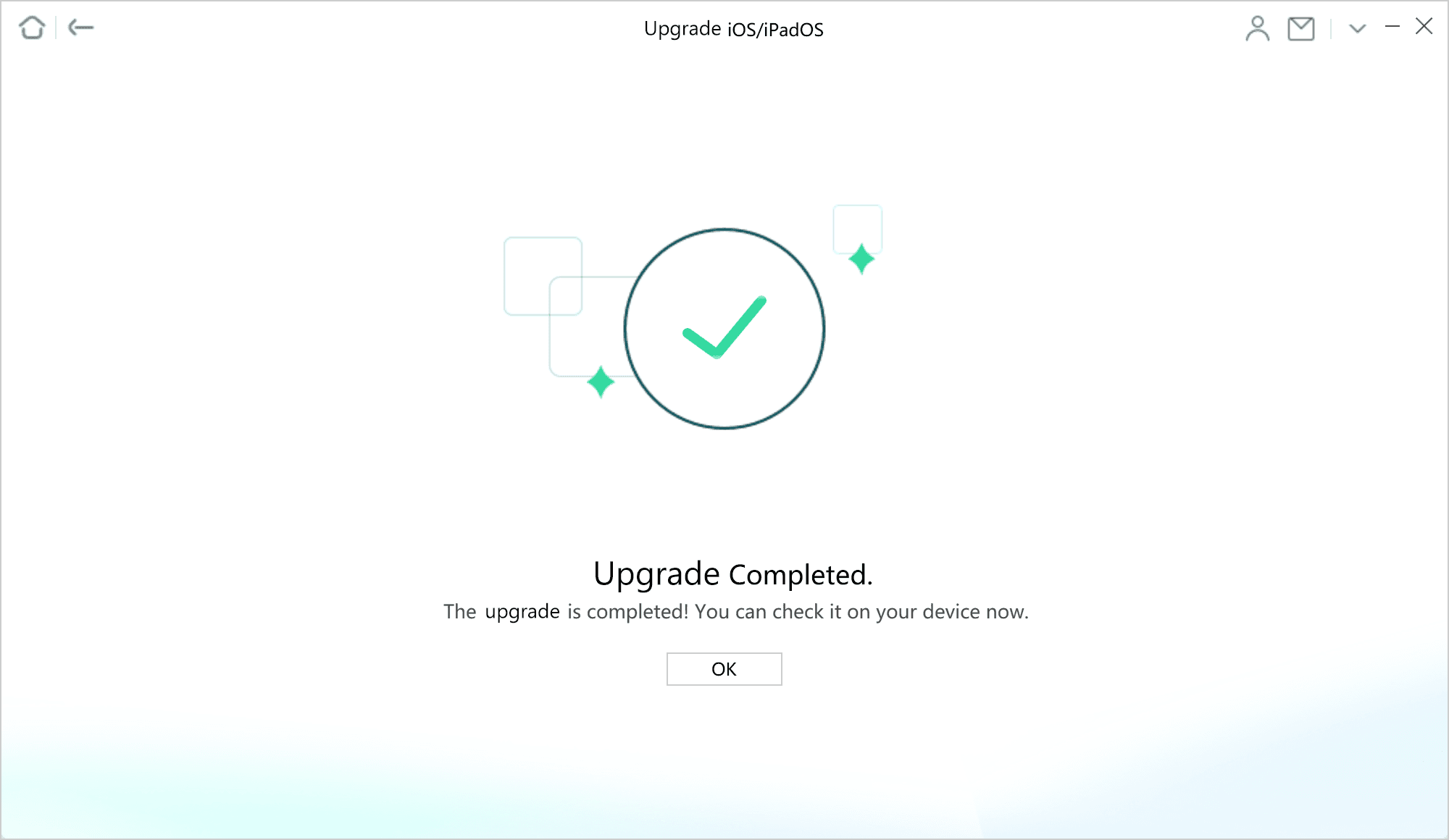 These are all the fixes for why can’t I download iOS and why won’t my iPhone update to new iOS. If you will meet other trouble while downloading or installing iOS, like your iPhone Stuck on Verifying Update Screen, please feel free to leave the problem in the comment section below and we will reply to you soon.

Lastly, if you like this article, share it with your friends or other people so that they can get an invalid solution when iOS won’t download.