Rooting Android phones means users get root access or administrative privileges. Sounds great? In this post, we’d like to introduce the top 10 root apps in 2021. Keep reading and find out the most workable one.

Gaining superuser access to your Android phone has numerous advantages including installing a custom ROM or moving apps to an SD card to free up the phone’s memory. In most cases, this rooting process is made possible with PC-based software products.

Alternatively, you can simply install an Android app on your phone and avoid using a computer to root your phone. Finding an app that will enable you to complete this process safely can be more difficult than it sounds, because you may end up installing an app that contains malware that is harmful to your device. So in this article, we are going to take you through the top 10 apps for rooting Android devices without a PC in 2021. 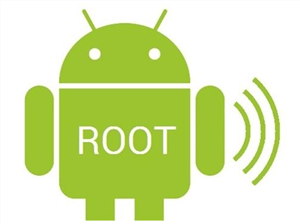 Rooting Apps for Android without PC

Although most phones allow you to root them manually, gaining superuser access to an Android phone in this manner can be challenging if you’re not tech-savvy.

Android rooting apps make this process much smoother and easier so that anyone can complete it regardless of how familiar they are with the Android OS. Here are some of the apps you can use to root your Android phone.

The rooting process will begin automatically as soon as you give the Framaroot permission to root your device. The app’s interface is intuitive, and it won’t take you a lot of time to get used to it.

The SuperSU app that prevents the apps repeatedly from asking for root permissions will be installed on your phone after rooting is completed, which will make using your phone easier. In addition, Framaroot enables you to execute different scripts that modify the OS you’re currently using.

If you are searching for an app that lets you root an Android phone quickly, then the OneClickRoot may the right solution you can use for free. You can install this app or schedule the time when your device is going to be rooted. However, you will be charged in case you seek the assistance and support of the rooting experts.

You should also keep in mind that you can use the OneClickRoot app to unroot your device, but this service is not free. Although this app is compatible with Samsung, Motorola, or Xiaomi phones you must check if the model you have can be rooted with OneClickRoot.

Simplicity is probably one of the greatest advantages of using the Universal Androot app to root your phone. After you’ve completed the installation you will be able to choose between just three options, as you can either opt for the SuperUser version of the app or root and unroot your phone.

The app will show you a notification once the rooting process is completed so that you can continue installing a custom ROM or apps that need rooting access. Universal Androot is compatible with all Smartphones that run on Android Gingerbread or more recent versions of the Android OS.

The Windows and Android versions of the Kingroot app let you choose if you want to root your phone with or without a PC. The installation process of the Android version of the app can be a little complicated as you need to adjust the device’s security settings and install the Root Checker app to verify if rooting was successful.

Besides, the Kingroot app comes with the Purify tool that reduces the battery drain and allows you to customize your phone as you see fit. It is worth noting that this app isn’t compatible with all Android phones, and you must check if you can use it to root your device.

As its name suggests, the Easy Rooting Toolkit is easy to use, as you just have to install the app and initiate the rooting process. You don’t need much experience to see this process through as the app does almost all the work for you.

However, you do need to prepare your phone for the rooting process by adjusting its security settings and backing up the data. The lack of the Unroot option is one of the app’s major downsides, as you have to use another app to reverse the effects of the rooting process.

The SuperSU app will be installed automatically after rooting is completed successfully, which makes customizing your device much easier. However, you should keep in mind that there is no guarantee that the rooting process is going to go as planned, as the process may cause a number of unexpected issues. Also, uninstalling system apps is not recommended even though the Towel Root app enables you to remove them.

Compatibility with almost all Android phones and operating systems, make the KingoRoot app one of the most popular rooting options. Moreover, this app is capable of rooting a device in just a few moments, and you won’t have to wait long to gain superuser access to your phone.

After rooting a device, KingoRoot will install the Kingo SuperUser app that enables you to manage rooting permissions for the apps you installed on your phone. The app doesn’t request in-app purchases, but it displays a huge number of ads that cannot be blocked.

You just have to tap on the Start button to start rooting the device and the app will inform you as soon as the process is completed. Afterward, you will be able to manage rooting permissions with ease, since the app installs the SuperSU app automatically.

You can root more than 6000 different Android phones with the Baidu Root app, but the app won’t work with devices that run on a version of Android OS released after Android 4.4. You can complete the rooting process with this app in just a few easy steps.

Once you’ve gained superuser access to your device you can choose which apps you want to delete, manage how the phone’s internal memory is used, or track all malicious outside activities. The app will also install the SuperSU app so that you can manage the apps you install on your device.

The Z4 Root app offers only basic rooting options, but it is still one of the best rooting apps you can find. Its compatibility with a broad spectrum of Android devices is probably one of its greatest advantages.

The app’s interface is simple, and it won’t take you a lot of time to figure out how to use it to root an Android phone. However, the Z4R Root’s designers don’t offer any guarantees that the app can complete the rooting process successfully and you may end up bricking your phone if you decide to use it.

Bonus Tips for Rooting an Android Device without a PC

None of the rooting apps for Android devices are available on the Google Play store, because they violate the platform’s terms and conditions. Hence, it is vital to download an Android rooting app from a reliable source preventing your Android device from malware.

Here are some of the things you should consider before deciding to gain superuser access to your Android phone.

Preparation for the Rooting Process

The rooting process wipes the phone’s internal memory clean, which means that you are going to lose all documents, photos, or videos that are not backed up. So, you will have to create a backup of all files for your Android phone you want to keep before starting the rooting process.

In addition, you will have to adjust the device’s security settings in order to download an Android rooting app.

The Greatest Advantages of Rooting an Android Phone

Gaining superuser access to your phone will enable you to install a custom ROM or use apps you wouldn’t be able to use without removing the phone’s restrictions. Also, you can manage the battery consumption or move apps onto the SD card.

Rooting an Android phone will grant you more freedom in adjusting the device to your needs, but you should keep in mind that the rooting process doesn’t always go smoothly.

The Potential Dangers of the Rooting Process

Besides voiding its warranty, rooting Android phone has some disadvantages – it can brick your Android phone or render it useless. So, before you decide that you want to root your device, you should first weigh all the pros and cons since a slight misstep can cause a lot of damage.

Although rooting an Android phone without a PC isn’t difficult, there are only a handful of reliable apps you can use for this purpose. Framaroot or King Root are among your best options if you want to go through the rooting process safely.