iOS 13 brings a number of new features for your iOS-based devices and here we take a look at each of the new offering this latest version of the iOS has for you. Check out the guide to learn about all the new features in detail.

Unless you have been living under the hood, you would know that Apple has recently announced the latest version of the iOS operating system. The version stands at iOS 13 and brings with it a number of new features to enjoy on your iPhone and iPad devices. Unlike the previous small updates, this one has significantly more features built into it and makes your iOS device experience even richer.

We have put together this guide to educate you about the new iOS features that this update brings for your devices. There are a ton of new features and we will take a look at each of them in detail for you.

If you are still wondering what iOS 13 is, let us shed some light on it. iOS 13 is the latest version of the iOS operating system. Apple has recently pushed this update, although currently in beta, that you can install and get access to some new features on your iOS-based devices such as your iPhone and iPad.

If you have the beta developer profile installed on your device, you will see this update right away on your device ready to install. If you are new to it, we will show you how to do this on your iPhone and iPad.

Now that you know what iOS 13 is, let us take a look at all the amazing new features it brings for its users. You may have likely heard of some of the top features on the Internet but the update packs in even more features and improvements that many websites do not talk about.

Here are some of the significant new iOS 13 features for your devices:

Dark mode turns the apps and their various elements into a dark-ish color and the iOS 13 brings it as a native option for your devices. Once you enable this option, all the elements on your iPhone and iPad will take a more dark-ish color. This should really help you relieve yourself from eye strain. 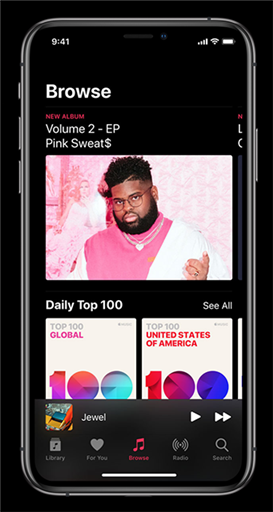 Another interesting sub-feature of this feature is that you can schedule the on and off time for the mode. So if you want for the dark mode to be automatically turned on during the night time, you can specify a schedule and your iPhone will do it for you.

The dark mode also brings with it some new wallpapers that are fully compatible with your devices. You may use these to get a full-blown dark mode look on your devices.

If there is one app that has seen significant updates made to it in iOS 13, it is the Photos app. The app now has a Photos tab that lets you view and organize your photos and videos in a much more organized way. The newly introduced auto-play feature automatically plays the videos and live photos as you scroll through them in the app on your device. 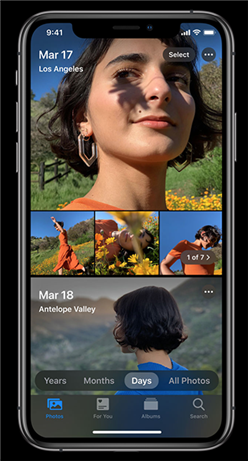 If you find it hard to manage your photos with all the duplicates in there, the new feature in the app will take that hassle away for you. It now automatically hides all the duplicates of a photo so you can focus on the real ones.

On this day is a feature that shows you the photos you took on this day last year, the last year, and so on. It brings your old memories back for you to relive them.

Apple has also made editing videos easier in the Photos app. You can now perform pretty much all the tasks on your videos that you could do in your photos. This really helps if you shoot a lot of videos and you want to apply various effects on them.

If you are fond of capturing photos on your iPhone, you would be really glad to know that you now have a few more and better ways to take photos on your favorite device. The iOS 13 adds the portrait lighting effect to your photos so your photos look better than before. 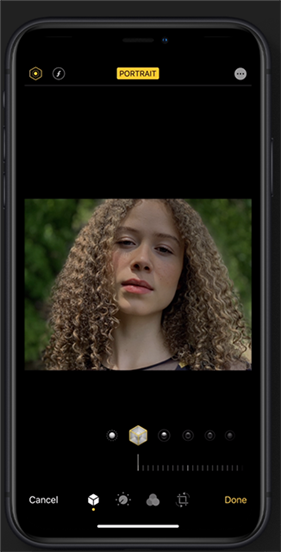 It also offers you the option to adjust the intensity of your portraits.

The Maps app has also been updated with a few new features. If you often use Apple Maps for driving directions, you will now get a much easier interface to work with.

The new features added to the app will make it easier for you to get around your favorite cities when you on a vacation.

If you are concerned about the privacy of your data, iOS 13 now gives you more options to control your privacy settings on your device. You now have more control over your location data, you have app location transparency, WiFi and Bluetooth privacy enhancements, among others. 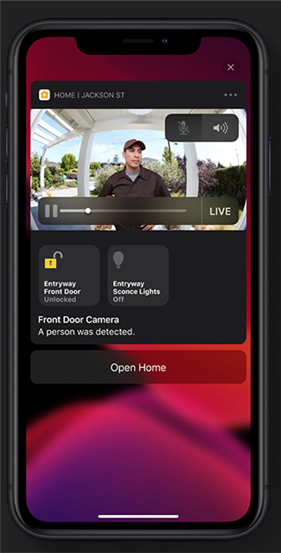 Use an Apple ID to Sign-in on Websites

Starting with iOS 13, you will be able to use your Apple ID to sign-in on various websites and applications. The feature existed for many other companies but Apple rolled it out for its users with this new update of the iOS. 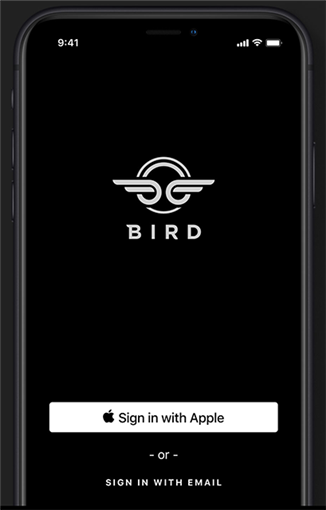 Use your Apple ID to log-in to websites and apps Image Credit: Apple.com

You do not necessarily need to be on your iOS device to be able to use the feature. You can be on your Android device and still sign-in with an app or a website using your Apple ID.

Updates and Improvements for Siri

Your favorite virtual assistant now speaks in a more natural language. Apple has improved the voice of Siri so it sounds more natural and you can speak to it as if you were speaking to a real human.

Shortcuts let you perform many of the tasks on your device quickly and these have received many improvements in the recent iOS update. You now have conversational shortcuts, a built-in Shortcuts app, and automation so your tasks can be automated on your devices. 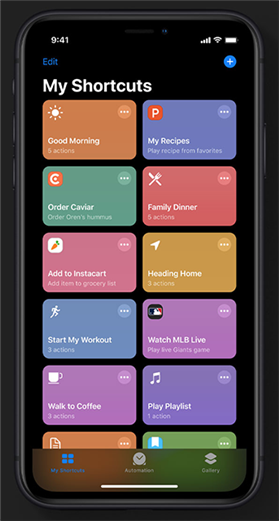 If you are too busy to read the incoming messages on your iPhone, you can have Siri read them out loud for you with AirPods. It is a super handy feature when your hands are busy doing something else but you really need to read that message you just have received on your iPhone. 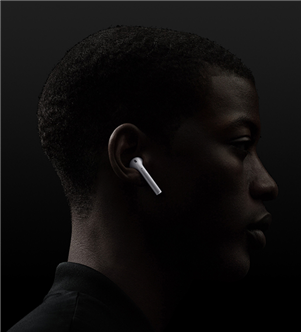 Use Two AirPods Sets with One iPhone

You can now connect two pairs of AirPods to a single iPhone and listen to the same content on both the AirPods. This makes it easier for you to watch a movie or listen to music tracks with your friends. 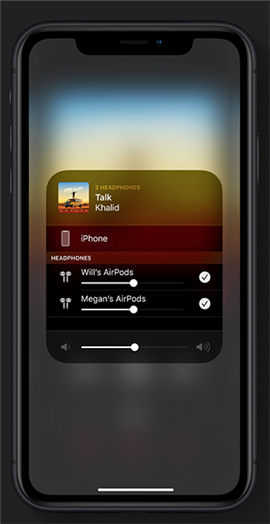 Use two AirPods at a time with the iPhone Image Credit: Apple.com

With new improved memojis and message features, you can now share your photo and your name as soon as you start a conversation with someone. You can now also generate stickers based on your Memojis and Animojis. 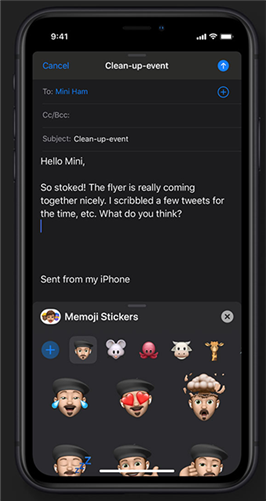 What’s more, finding your old messages has also become easier, thanks to the improved search function.

In addition to the above, Apple has added a number of other new features and improvements to the iOS 13 update such as a redesigned home screen for your iPhone.

After hearing about all the cool new features that iOS 13 brings, you may want to update your iPhone or iPad to this latest version of the OS.

To get the iOS 13 beta update on your iPhone or iPad right away, follow the following steps:

Step 1. Enroll yourself in the iOS beta software program on the Apple website.

Step 2. Launch Safari on your iOS device and head to the Beta Profiles website. Download and install the profile on your device.

Step 3. Reboot your device and head to Settings > General > Software Update and you will see the iOS 13 beta update. Download and install the update on your device.

As you can see, it is pretty easy to sign-up for the beta program and enjoys the iOS beta updates on your iOS devices. If you ever want to remove the beta profile from your device, you can do so using the Settings app.