How to Fix Android Phone Touch Screen Not Working

If you use Android, you may encounter an issue that unresponsive touch screen android. But do you know how to deal with this issue if it arises? Don’t fret. This article entails everything that you need to know.

You probably tap the screen of your phone hundreds of times in a day. Combined With their delicate glass build, it’s no wonder that mobile touchscreens are among the most common components to get into the issues.

However, an unresponsive touch screen android isn’t necessarily a result of hardware malfunction. If your phone’s touchscreen often fails to respond or has completely failed, there’s a lot you can do before seeking professional assistance.

Why Is My Phone Screen Not Responding to My Touch?

What’s more, the screen can be damaged due to an accident. Repairs or replacements may be necessary in this case. Although, you can save time and energy by first attempting a few simple fixes by yourself. But before jumping to the solutions, let’s figure out the type of problem, i.e., software problem or physical damage, in the next part.

If your touch screen has no physical damage yet unexpectedly stops reacting to your touch, check the methods below to fix it.

Before proceeding with any other troubleshooting measures, restart your Android phone or tablet to resolve any software issues that might be preventing the screen from working. To restart an Android device with a faulty touch screen, follow these steps:

Step 1: Press the “Power” button till the screen turns black.

Step 2: After a minute or so, hold the “Power” button and turn on the device.

Step 3: Once the phone restarts, you can check if the screen responds to touch or not. 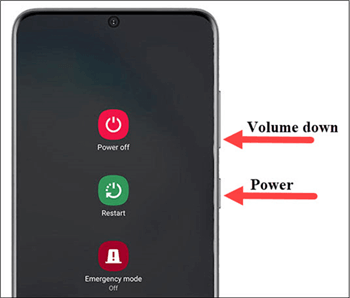 A defective memory card or SIM card can sometimes be held responsible. To resolve the issue, follow the steps outlined below.

Step 3: Finally, “Restart” the device and check if the problem is gone or not.

Below we have outlined how to put the device in safe mode.

Step 1: Long press the “Power” button till you see the power option.

Step 3: Finally, you will see an option to restart the device in “Safe Mode” and then tap “Ok” to do so. 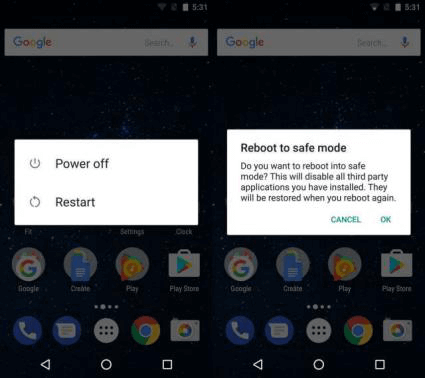 If your Android touch screen isn’t working and you can’t open the computer, a Factory Reset in Recovery Mode will help you. However, you should be aware that carrying out this procedure would erase all data from the Android device, including apps, messages, images, videos, and everything else. Backing up the device is thus a safe idea.

Rebooting an Android phone into recovery mode differs depending on the brand, but the steps are pretty simple. You can Factory Reset your phone while it is in Recovery Mode. 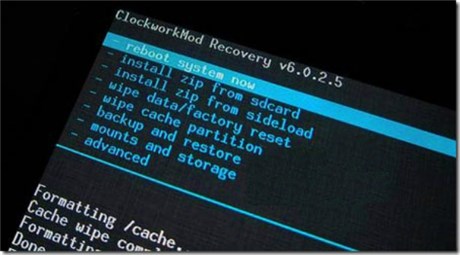 If your phone or tablet is ever dropped down, smacked, or soaked in water, the touch screen will be damaged and cease functioning. Try these free tips first before replacing a new touch screen.

If you dropped your Android phone several times while using it, the digitizer cable just below the screen might have become loose. As a result, the screen won’t respond to touch. The solution to fix this issue is to knock a few times on each corner of the touchscreen. It has the potential to resolve the problem effectively. Multiple users have found this fix to be useful.

If it’s just a minor/software issue, the fixes mentioned above should get your touch screen working again. If your Android phone touch is still not working after trying these fixes, you will need to repair it but make sure to backup your data using a third-party tool!