How to Combine Two Videos on iPhone

If you have two separate video files on your device and you want to put them together, this post will teach you how to combine videos on an iPhone. It is pretty easy to get two videos merged on an iPhone and here we show you how to do it.

One of the many great things an iPhone comes equipped with is camera. The iPhone has one of the best cameras in the world and it is even comparable to the professional DSLRs. If you have been using an iPhone for some time, you have likely captured many photos as well as videos on your device.

An iPhone is not just a camera but also an editing machine. For instance, if you have two separate video files and you want to combine them together, you can do so right on your iPhone. You do not need to transfer the video files to your computer to be able to edit your videos.

Combining videos on an iPhone is a fairly easy task and you can use both built-in as well as third-party apps to accomplish the task. Here we show the procedure using both kinds of apps.

Also Read: How to Rotate and Flip a Video on iPhone >

How to Combine Videos Using iMovie on iPhone

Apple has developed one of the best video editing apps for iOS and Mac computers and it is called iMovie. If you have ever dabbled into editing videos on your Apple device, you have likely come across this app.

The app is even used to edit professional-quality videos and that sure tells how amazing this application is. It is available for free for both iPhone and Mac and you can use it to combine your videos as well.

The following shows how to merge videos on an iPhone using iMovie:

Step 1. The first thing you’ll want to do is install the iMovie app on your iPhone. Head over to the App Store, search for iMovie and get the app installed on your device.

Step 2. When the app is installed, launch it from the springboard on your iPhone.

Step 3. On the main screen of the app, you will find three tabs at the top. Select and tap on the tab that says Projects to create a new project. Then, tap on Create Project on the following screen. 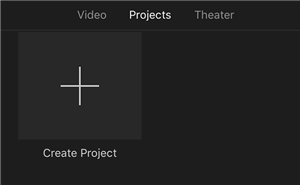 Create a new project in iMovie

Step 4. You will be asked what kind of project you would like to create. Tap on the option that says Movie as you will be editing a video and it falls in this category. 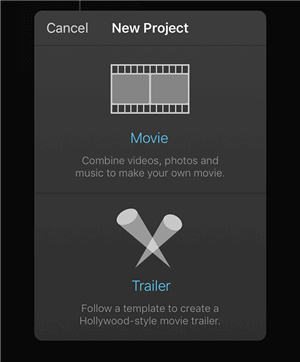 Step 5. It will then let you select videos for your project from your Camera Roll. Choose both the videos that you want to combine and then tap on Create Movie at the bottom. 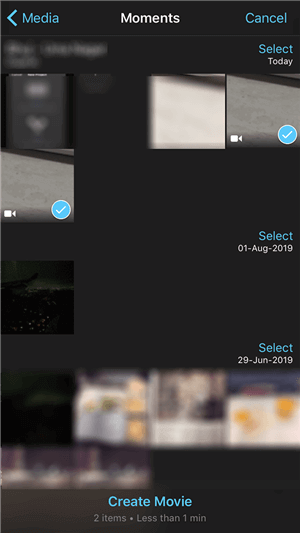 Choose videos to be merged

Step 6. You can add effects or transitions on the following screen if you want. Then, tap on Done at the top-left corner to save your combined video file. 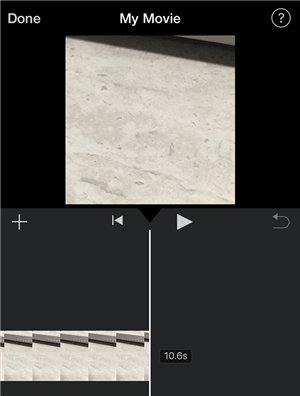 The resulting single file should have both your videos combined together.

How to Merge Videos Using Video Mixer on iPhone

If your sole purpose to keep a video editing app on your iPhone is to merge videos, then you can use the Video Mixer app. The only main feature of this app is to help you combine two videos on your iOS based devices and it does its job perfectly.

Also, it is a free app that you can grab off of the official App Store on your iPhone. Then, it is just a matter of a few taps before your videos are combined together. Here we show you how to merge two videos on an iPhone using the Video Mixer app.

Step 1. Launch the App Store on your iPhone, search for Video Mixer, and download and install the app on your device.

Step 2. Launch the app when it is installed. On the main screen, you will find an option that says Tap to create a new project. Tap on it and it will let you start a new video project. 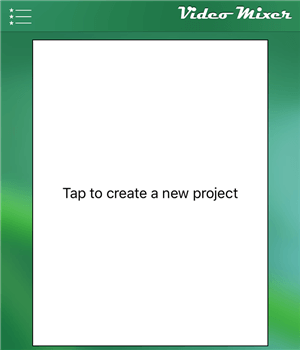 Step 3. The following screen lets you define how the output should look like. You get three options to choose from. The first one Portrait comes for free and the other two will have ads in them. Choose whatever option you desire to continue. 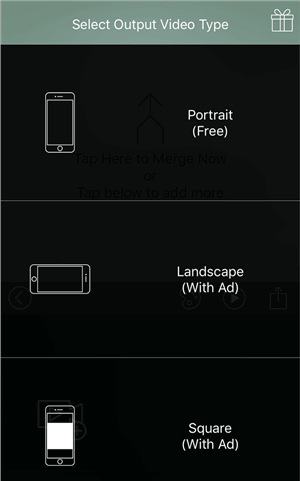 Step 4. On the following screen, tap on the + (plus) sign to add a video to your project. Then, select the first video that you want to merge to add it to the app. 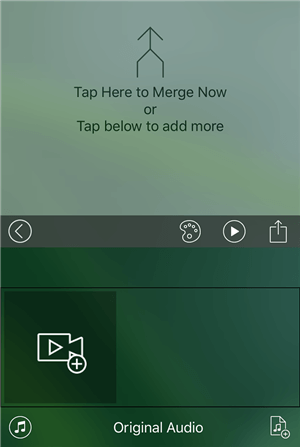 Step 5. Tap on the + (plus) sign again to add your second video to the app. Once again, select your video from the Camera Roll. 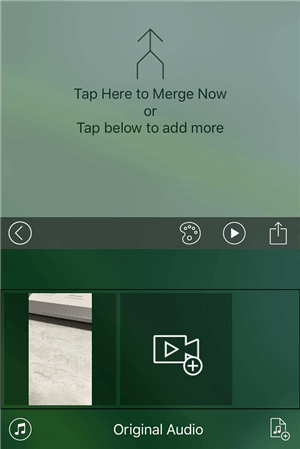 Step 6. Once both videos are added, tap on the option at the top and it will get your videos merged. 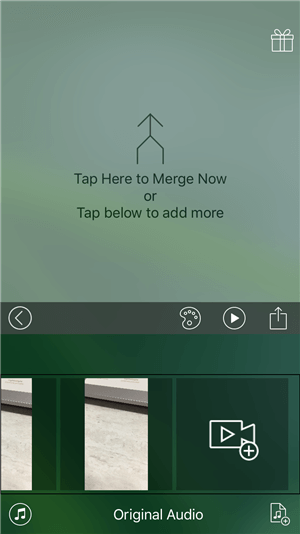 Merge two videos into one

You should find the merged video file saved on your iPhone.

How to Combine Two Videos Using Video Merger on iPhone

Videoshop is both a video merger and a montage maker to turn your videos into something really interesting. Using the app to combine videos is extremely easy and fun and you will get used to it in no time.

The following should teach how you can combine two videos on your iPhone using this app.

Step 1. Open the App Store, search for Video Merger, and download and install the app on your iPhone.

Step 2. Open the app when it is installed. On the first screen, you will find an option saying Add Clip. Tap on it and it will let you add your first video to the project. 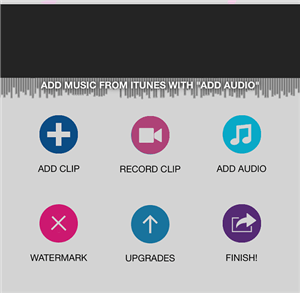 Add video clip to the app

Step 3. When your first video is added, tap on the Add Clip button again and it will let you add additional videos to your project. This time choose your second video that you want to merge with the first one. 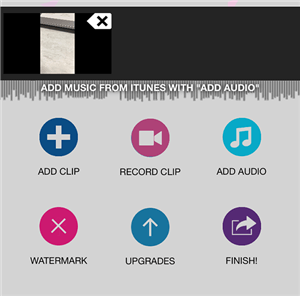 Add another video clip to the app

Step 4. When both of your videos are added to the app, tap on the Finish button at the bottom-right corner to finish merging your videos. When a prompt appears on your screen, tap on Save To Gallery to save the resulting video file in your gallery. 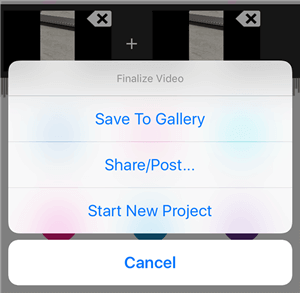 Your merged video file is now available to view in your video gallery.

Combining several videos together is one of the basic tasks of video editing. Even if you have never done it before, you will find it easy to do on your iPhone thanks to both built-in and third-party apps.