Update: In the last new generation of iOS launching season, we have brought you a detailed explanation to the iOS 11 new feature – Safari Experimental Features, with 11 options then. And in this season of iOS 12, Apple brings more items to this feature, up to 27 members now, among which some are still the same ones in iOS 11, some are newly added. Surely, some features in iOS 11 have been removed. So to make this guide completed, we will continue with the job, and add the explanation to the other new items. Check them now. 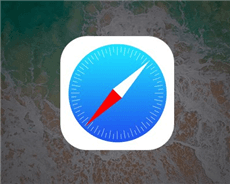 Constant Properties – Constant properties are initialized at the time of creation and cannot be reinitialized, in other words, new values cannot be pushed. A constant property can be merged, concatenated, combined, zipped, sampled, filtered, and transformed. This iOS 11 Safari Experimental feature prevents you from changing settings in web pages with settings. In other words, preventing website modifications or the changing of their “properties” after they’ve loaded.

CSS display: contents – Removed in iOS 12. The CSS display property specifies the type of rendering box used for an element. It gets rid of HTML from websites but keeps CSS content for the looks. Also, its intelligence enables us to scan HTML to make sure that the minimum CSS can be displayed while stripping the website of its contents.

CSS Spring Animations – This feature emulates website animations as if it is spring, with its websites are season-aware. It works similarly to changing the device date to April in the northern hemisphere.

Remove Legacy WebRTC API – Removed in iOS 12. With it, web developers can check whether their websites conform to the latest specifications.

Secure Contexts API – Prevent man-in-the-middle attackers from accessing powerful APIs that could further compromise the victim of an attack.

SubresourcIntegrity – Enable browsers to verify that files they fetch are delivered without unexpected manipulation. It works by allowing you to provide a cryptographic hash that a fetched file must match.

Viewport Fit – Removed in iOS 12. Determine how content is laid out and where text wraps on the web page. The viewport can be larger or smaller than the visible area.

Web Animations – Allow disabling and enabling of all web animations, capable of speeding up web browsing by 1.04998%.

WebGPU – Provide hardware GPU acceleration for mobile websites. If your device doesn’t have a GPU, it tried to connect to the nearest free GPU wirelessly within a range of ~4cm.

Cache API: The Cache API is a system for storing and retrieving network requests and corresponding responses. These might be regular requests and responses created in the course of running your application, or they could be created solely for the purpose of storing some data in the cache.

The Cache API was created to enable Service Workers to cache network requests so that they can provide appropriate responses even while offline. However, the API can also be used as a general storage mechanism.

Fetch API Request KeepAlive: By setting the keepalive flag, a developer can make a fetch which will continue working even when a frame is detached. A web developer can use the feature to report events, state updates and analytics with a small amount of data even when the page is about to be unloaded. This is useful for analytics and other cases where async delivery of data is required without blocking navigations and lessens the need for synchronous XHR which is bad for user experience.

From-Origin Response Header: A way for resources to declare they are unavailable within an embedding context.

The Fullscreen API: Provides an easy way for web content to be presented using the user’s entire screen. The API lets you easily direct the browser to make an element and its children, if any, occupy the full screen, eliminating all browser user interface and other applications from the screen for the duration.

ImageBitmap and OffscreenCanvas: The ImageBitmap represents a bitmap image which can be drawn to a <canvas> without undue latency. It can be created from a variety of source objects using the createImageBitmap() factory method. ImageBitmap provides an asynchronous and resource-efficient pathway to prepare textures for rendering in WebGL. OffscreenCanvas provides more control over how canvases are rendered. This is a follow-on to the WorkerCanvas proposal and will be merged once the agreement is reached.

ITP Debug Mode: Intelligent Tracking Prevention is a privacy feature that detects which domains have the ability to track the user cross-site and either partition the domain’s cookies or purges its website data altogether.

VisualViewportAPI: The Visual Viewport API provides an explicit mechanism for querying and modifying the properties of the visual viewport. The visual viewport is the visual portion of a screen excluding on-screen keyboards, areas outside of a pinch-zoom area, or any other on-screen artifact that doesn’t scale with the dimensions of a page.

WebGL 2.0 is a long-awaited feature upgrade that delivers the OpenGL ES 3.0 feature set, bringing the browser’s graphical capabilities closer to the state of the art.

Surely, there are also some iOS 12 Safari Experimental Features, and we don’t have the answer to them yet. And they are Prompt For Storage Acess API Request, Enable MDNS ICE candidates, Color Filter, Cross-Origin-Options HTTP Header, disabled-adaptations, Modern Encrypted Media API.

These are all words about iOS 12/11 Safari Experimental Features. As you have noticed, some of them are still with no answers; So if you have the answer, or find something new about them, you can tell us with messages in the comments, and we will update them as soon as possible, helping more people. Thanks.

1. How to Retrieve Deleted Safari History on iPhone >

2. How to View Safari History on iCloud Backup >

3. How to Recover Deleted History on iPad >

4. How to Fix: Safari Not Working on iPhone iPad >