How to Backup Snapchat Photos Data

Don’t know how to backup and restore Snapchat photos on your phone? It’s not troubling to save your own photos on Snapchat – and here is how you can easily do it.

The popularity of messaging apps is at an all-time high, and Snapchat is among the handful of most commonly used software products of this kind. Its unmatched simplicity and a high degree of privacy are major arguments in favor of this social platform, but they come at the cost of all media being accessible only temporary. Notably, all Snapchat photos disappear from the conversation automatically after they are viewed, so you can’t come back to look at them later or use them for another purpose.

Since many Snapchat users would like to know whether it’s possible to keep those pictures permanently, we prepared some instructions on how to backup Snapchat photos using several different methods. Keep in mind that the suggested methods work only for saving the photos you created and sent, as the images sent by the other person will disappear after you see them and the other person will be notified if you try to capture them with a screengrab. However, it’s perfectly normal to save your own photos on Snapchat – and here is how you can easily do it.

Export all Photos from Snapchat to Camera Roll

One of the most direct ways to backup visual images from your Snapchat conversations is to send them to the Camera Roll on your phone. This can happen automatically if you select the right settings on Snapchat and opt to keep all images in the Camera Roll. 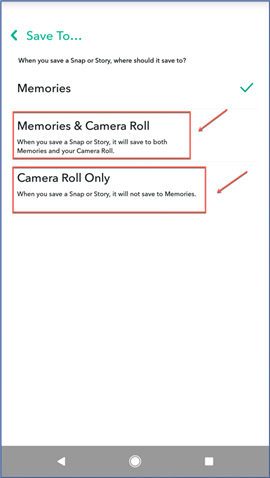 Once you do that, all of the photos you send to your Snapchat contacts will be automatically added to the Camera Roll so you can access them whenever you want. Even if your Snapchat isn’t set to backup all photos, you can still do this with some images by manually selecting them in the conversation and tapping on the Save icon near the bottom of the image. As you can see, learning how to back up your Camera Roll on Snapchat is not all that difficult if you have the right instructions and follow them closely.

How to Backup Snapchat Photos to Google Photos on Android

Users who log in to Snapchat from an Android device have an additional backup method at their disposal. They can use the Google Photos online service to back up all images from their Snapchat conversations. This can be done in several simple steps: 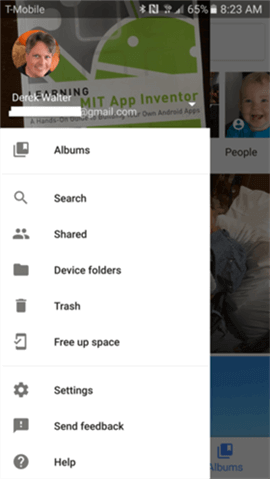 It’s very simple to download those images to your desktop computer or another Android mobile device later since Google Photos works on any of those platforms.

Backup Snapchat Photos and Data with iCloud on iPhone

For people using an iPhone to talk with friends on Snapchat, there is a similarly convenient cloud solution that enables easy automatic backup. To back up images on iCloud, your phone needs to be registered on this platform with a unique Apple ID and phone number. The upload should occur automatically, but to make sure that everything works as expected.

Retrieval from iCloud is very simple with any connected Apple device, so your Snapchat images will be available to you when you are using an iPad or Mac laptop.

Can you Backup Snapchat Pictures with the Third-party Software

AppTrans is a program that you can install on Mac and Windows computers that allows you to backup as much data from your phone as you desire. The process works similar to iTunes, but you have more control over what you backup and how you can access or restore that data.

Please free download AppTrans and follow the steps below to make a backup of your apps and app data:

Step 1. Launch AppTrans on your computer > Choose the App Backup option on the left control panel and then click on the Back Up Now button. 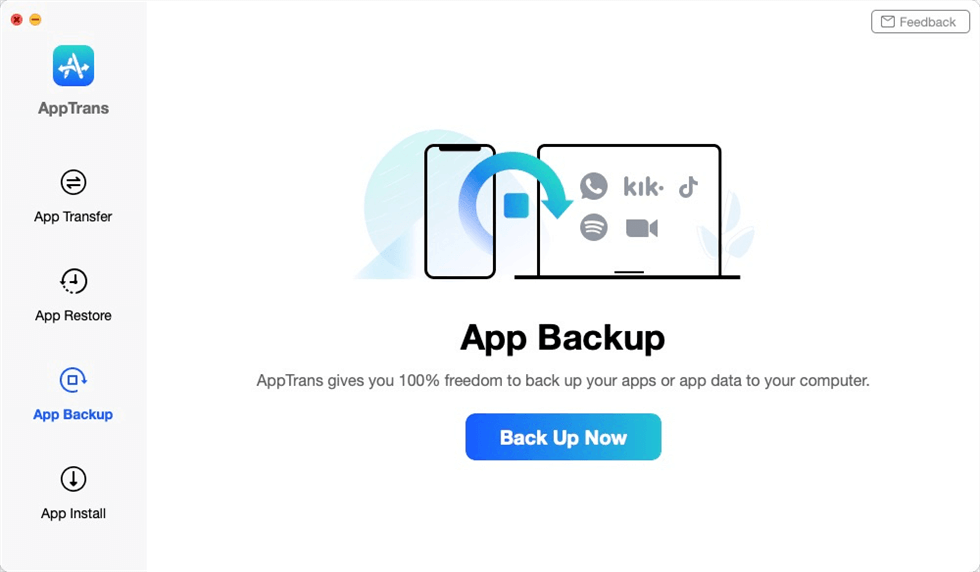 Step 2. Connect your iOS or Android device to the computer > Tap on Back Up Now button. 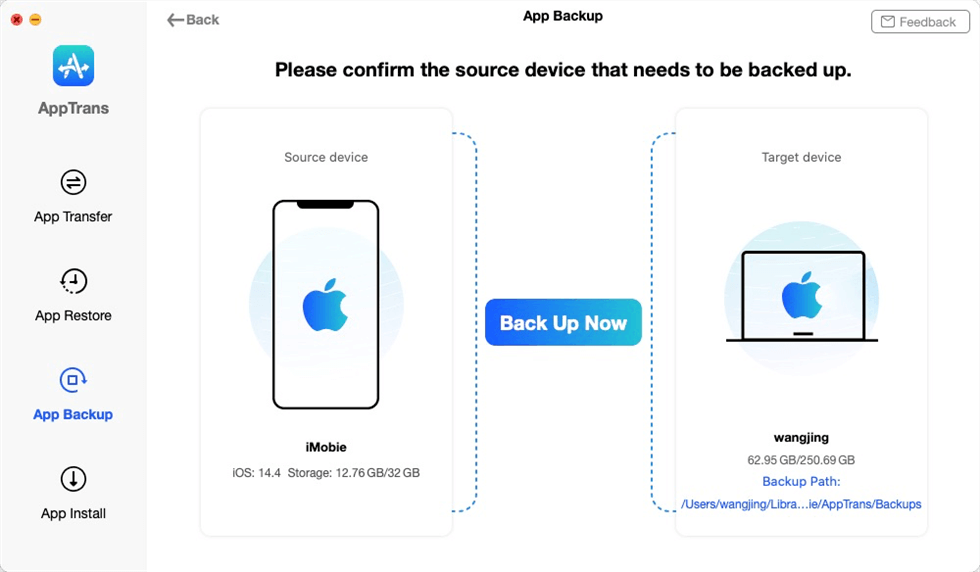 Connect iPhone to the Computer

Step 3. Select the apps that you want to backup and you can choose to backup both app and app Data only backup app by tapping on the button at the lower right corner. 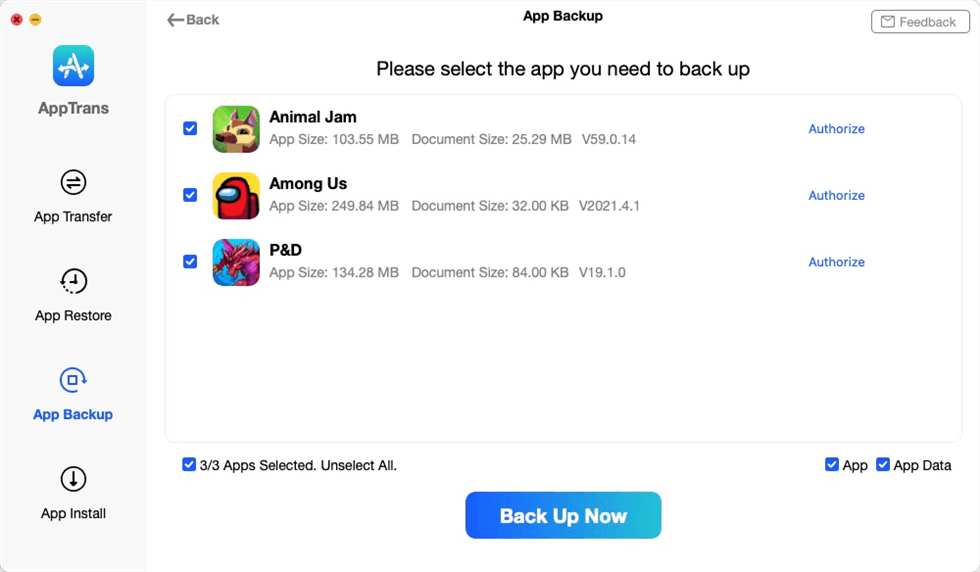 Choose Apps to Make a Backup

Step 4. Now AppTrans is downloading your iPhone’s apps and app data. It may take some time to complete the backup process based on the amount of device data. Please keep patient. 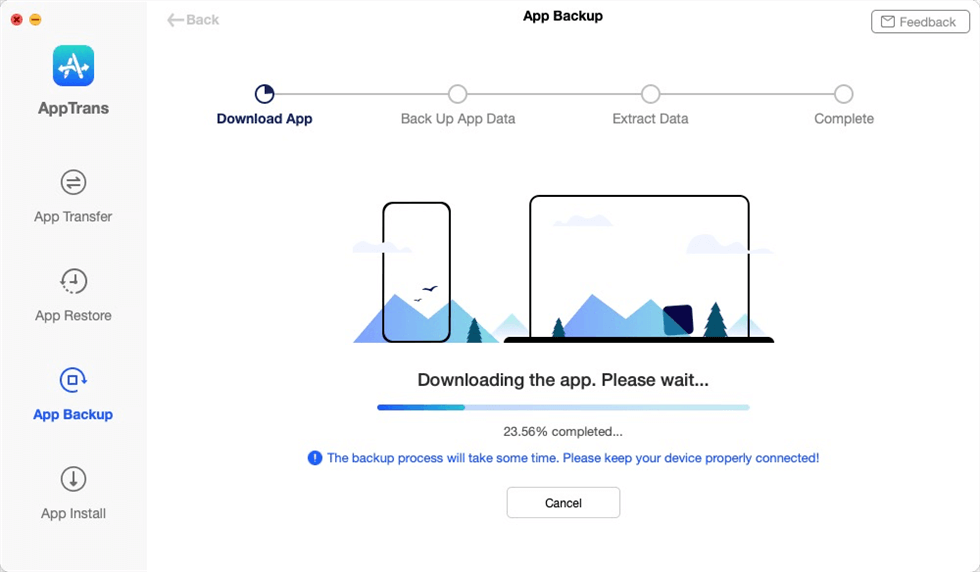 Downloading the Apps to Computer

Even if you accidentally delete some photos made by Snapchat, it’s possible to get them back if you take swift action. On Android, you can retrieve the photos from the cache, taking advantage of the fact that this OS keeps everything the apps produced in memory.

How to Recover Deleted Snapchat Photos

On an iPhone, you will have to restore your photos from iCloud, assuming they were automatically backed up during the conversation.

Despite the transitory nature of Snapchat conversations, you can still keep your favorite photos that were created within them. There are many ways to have all of the images from this app backed up as soon as they are shared, so you don’t have to worry about saving them manually. Deciding how to backup Snapchat photos should be done based on the type of device you are using, the type of internet connection you have, and the frequency with which you send multimedia files on Snapchat. Regardless of which method you pick, you won’t have any problems creating a comprehensive backup and accessing it later from another device.