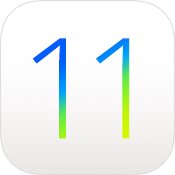 Everything You Need to Know About iOS 11

iOS 11 was announced on June 5, 2017 at Apple’s 28th Worldwide Developers Conference, and the final version is expected to be released this fall. Apple calls the iOS 11 the most advanced operating system, which makes iPhone better than before and makes iPad more capable than ever.

It includes plenty of new features and improvements, like the new file system with the Files app that brings all your files together. The new Dock for iPad that’s now available from any screen. The ARKit, a new framework that make games and apps offer fantastically immersive and fluid experiences. Just as Apple describes: With iOS 11, iPhone and iPad are the most powerful, personal, and intelligent devices they’ve ever been.

iOS 11 brings a multitude of brilliant new features. New customization options that offers lots of options as well as a wider range of settings; Redesigned App Store that helps you discover new apps you can’t live without; Improved Lock Screen and Notification Center that allows you to check recent and missed notifications; More intelligent Siri with more natural voice etc.

There are also some hidden features of iOS 11 that Apple didn’t motion like the improved camera can read QR codes. For more detailed introduction on iOS 11 New & Hidden features, please go to: Top 10 New & 5 Hidden Features You Worth Having > 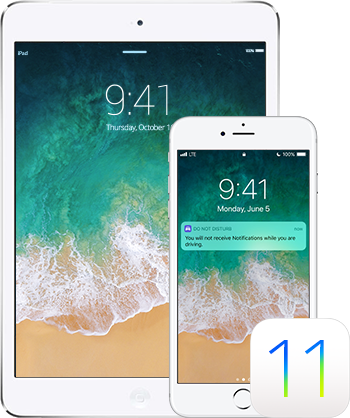 Should I Update to iOS 11 or Not

The new iOS can bring us convenience with its new features, and it can also bring us inconvenience like some potential bugs. That might take you hesitate on whether you should update to iOS 11 or not. Here are some tips that can help you make a decision. 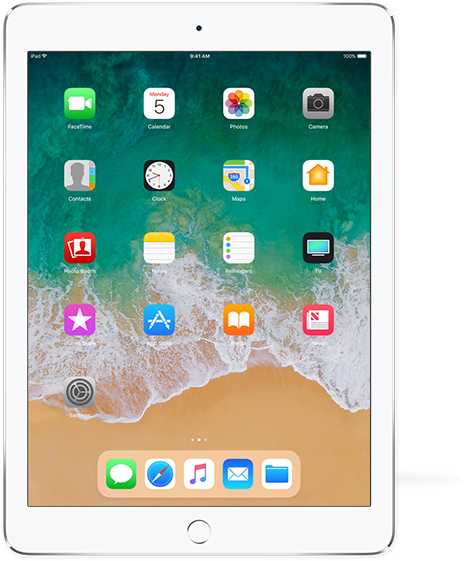 Firstly, if you own an old device, generally speaking, the new iOS 11operating system may runs smoothly on your device. Secondly, all kinds of problems happen every year after new iOS update, like Wi-Fi issues, battery drain issue or data loss. If you want the device work well, just wait for a few days. Last but not the least, you will lose the jailbreak and you need to wait for new jailbreak for a long time.

The new iOS 11 can fix some previous iOS 10 issues, and new iOS is full of enhancements you'll appreciate every day. What’s more, you can try all the new iOS 11 features motioned in the previous section, updating to new iOS 10 will definitely surprises you. If you can’t wait to grab the new iOS 11, then just keep reading to see how to get it.

How to Upgrade to iOS 11

First have a check on the list of compatible devices to see whether your iPhone, iPad or iPod touch can run iOS 11:

Full preparation can ensure a smooth update and also avoid some potential problems. Here are some important things you should pay attention to. 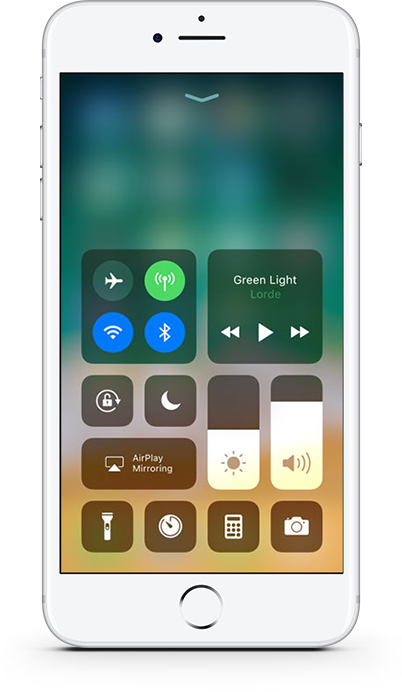 1. Backup Your iDevice before the Update.

This is extremely important and do not neglect it. Data loss happens now and then after upgrading to new iOS version every year, which is impossible to avoid. So just backup your iPhone/iPad in advance to make sure your data can be recovered. You can make a full backup of your iPhone iPad, or just selectively transfer important files to computer with AnyTrans, like Contacts, Music, Text Messages, Photos, etc.

2. Free Up Space for Installing.

You just cannot download and install iOS 11 if your iPhone/iPad have no enough space. Here are some tips that can help you create more free storage on iPhone iPad, like remove useless apps, delete photos and songs, delete messages, clear Safari cache, remove app documents and data.

3. Install the Latest Version of iTunes.

4. Update Apps to the Latest Version.

Some apps may not run properly on new iOS 11, so update them in advance to avoid annoying app crashing problems.

Please make sure your iPhone or iPad will not drain out during the update process or you will have a dead device.

How to Install iOS 11

Generally, there are two methods for you to install iOS 11: Over the Air & Via iTunes.

Over the Air: Connect your device to Wi-Fi > Go to Settings app > General > Software Update and choose Download and Install.

Via iTunes: Download and install the latest version of iTunes on computer and open it > Connect your device to computer via USB cable > Click the Device tab and choose Summary > Check for Update > Download and Update > Select Agree to Confirm.

To get the detailed steps, please go to How to Install iOS 11 on iPhone/iPad/iPod touch >

If you unfortunately find that you lose all or some of the significant data like contacts, messages, photos etc. after iOS 11 update, then how to get them back? If you have backup, recover lost data by restoring device from iTunes/iCloud backup is the way to go. If you have no backup or just want to recover specific data like contacts or photos, then iOS data recovery tool is the solution.

1 > Recover Data with iTunes Backup: Download the latest version of iTunes and open it > Plug in your iPhone/iPad > Select your device > Summary > Choose Restore iPhone…

3 > Recover Data with PhoneRescue – iOS data recovery. It offers 3 ways to help you find lost data: from iDevice directly, from iTunes backup and from iCloud backup. For anyone who has no backup, it can help you find lost contents from iPhone iPad directly. For anyone who just wants to recover specific data like contacts or photos from backup, it can access your iTunes/iCloud backup and extract them out, so you do not have to restore the device. Click here to get the tool > 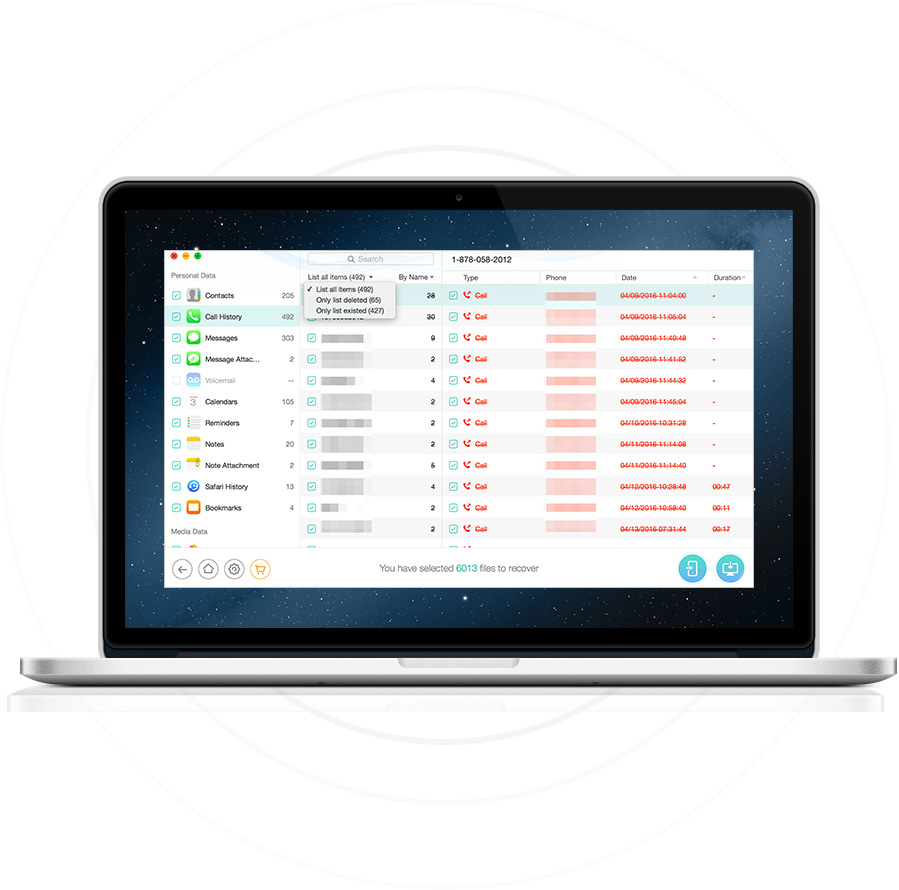 Speed Up Slow iOS 11 on iDevice

Updating to iOS 11 is great, which gives you a better experience with its new features and improvement. However, what if your iPhone or iPad work slowly after iOS 11 upgrade? Don’t worry, here are some basic solutions to speed up slow iOS 11.

1. Free Up Space on Your Device.

Just turn off some visual or operating experience like “Motion” or “Transparency”.

Press and hold the Home button and the wake/sleep button(Volume down button for iPhone 7/7 Plus) until the Apple logo appears.

Every new iOS software update can bring us new iOS bugs, so we cannot sure that the iOS 11 is bug-free. There are also some common issues happen every year like stuck on Apple logo, Wi-Fi & Bluetooth problems, battery drains fast etc. To help you out, we collect the most common iOS 11 issues you may meet while/after the update and the quick fixes: The Most Common iOS 11 Update Problems and Solutions > 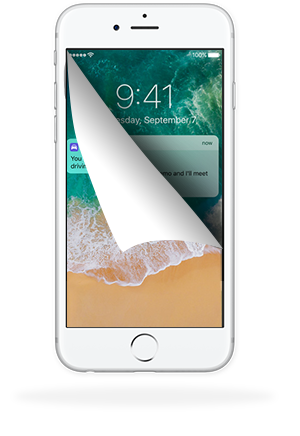 Join the Discussion on iOS 11