Want to know what is Apple M1 chip and what can M1 Apple Silicon Macs do for you? Here are the answers. Besides, you can check Mac apps compatibility here and run iOS apps on M1 Mac easily.

In late 2020, Apple released its first Apple Silicon chip, which is designed for Mac. Since 2006, Apple has been used Intel chips on Mac. Now, M1 Macs with Apple Silicon chip are 13-inch MacBook Pro, 2020 MacBook Air, and Mac mini models. And Apple silicon starts to work with macOS Big Sur, which is the most advanced desktop operating system in the world and was released on the same Nov. 2020. 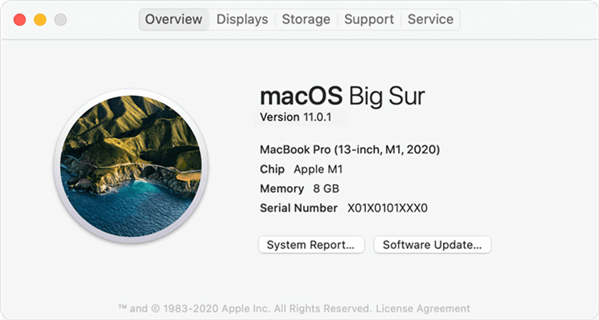 Apple Silicon represents that Apple integrates the entire Apple ecosystem with an Apple-designed chip paired with Apple-designed software. Then, what exactly Apple Silicon is and what does it mean to you? What’s more, M1 Apple Silicon Macs are published, then how can you check if the Mac apps are M1 compatibility and how to run iOS apps on M1 Macs? Keep reading the post and get to know the answers.

What Will Apple Silicon Do

As Apple says, “M1 is a giant leap in performance per watt”. Since Apple Silicon chip has features of high-performance, high-efficiency, and machine learning ability, it is a breakthrough for Apple and Apple users.

Apple Silicon uses an integrated chip instead of the multiple chips in the past. So the operating system can access the same data without further processing. And therefore, M1 Apple Silicon Macs works faster and more power-efficient.

Apple Silicon Breaks the Barrier Between Mac and iOS

What’s more, the Apple Silicon chip is an ARM-based architecture similar to the A-series chips that have been used on iPhone and iPad. The common architecture will across all Apple products and enables Mac, iPhone, iPad to use the same chip-based technologies to work. As a result, app developers can write and optimize their apps easier with the Apple Silicon chip and Apple users can run iOS apps on M1 Mac.

M1 Mac is using a totally different Apple silicon chip to work. And Apple released a press in June, in the article “Apple announces Mac transition to Apple silicon”, Apple shows that they expect developers can get started updating their apps as soon as possible for M1 Apple silicon Mac.

Now, there are some Mac apps that are ready for M1 Mac. And for other Intel-designed mac apps, Apple gives the choice of Rosetta 2 translation layer. With Rosetta 2, apps designed for Intel machines will continue to run on M1 Macs with some limited performance compromises.

Then, how to check if your Mac apps are M1 ready for better using the Apple Silicon chip? To check M1 apps compatibility, the free iMobie M1 App Checker (Online) enables you to achieve that easily. You can check its main features below:

And here are some simple explanations for which apps are M1 compatibility:

Besides, if you need to check the app compatibility on Mac in a batch, you can download iMobie M1 App Checker (Desktop) and follow the simple steps below: 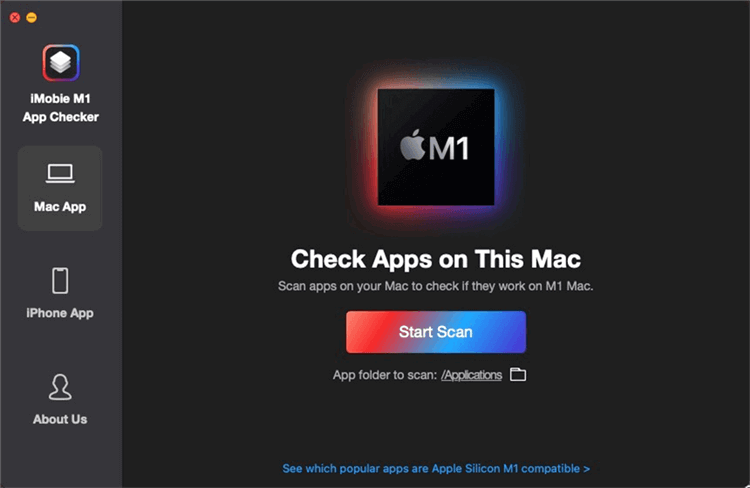 Scan All the Apps on your Mac

Step 2. Once the scanning finished, you will see the interface below – all the apps on your Mac will be noted with one status: 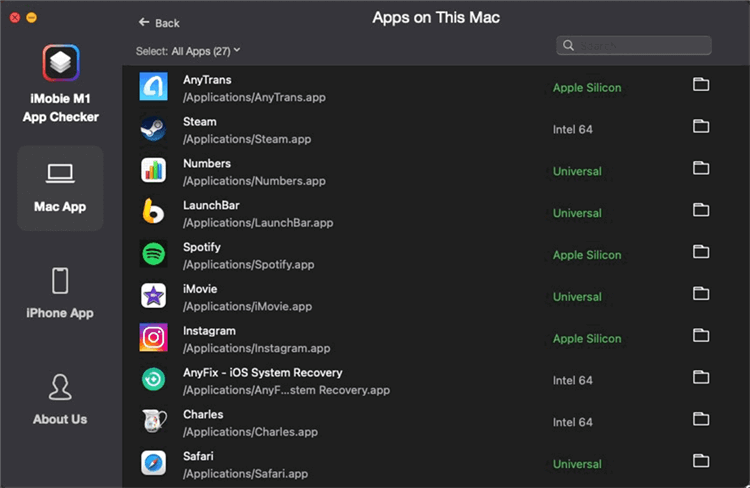 Different Status Shows that If Apps are M1 Ready

How to Run iPhone/iPad Apps On Mac

1. Check if your Favorite Apps are M1 Ready

Step 1. Free download iMobie M2 App Checker (Desktop) > Launch it on your M1 Mac > Go to iPhone App tab > Search the app you want to run on Mac (here we take YouTube as an example). 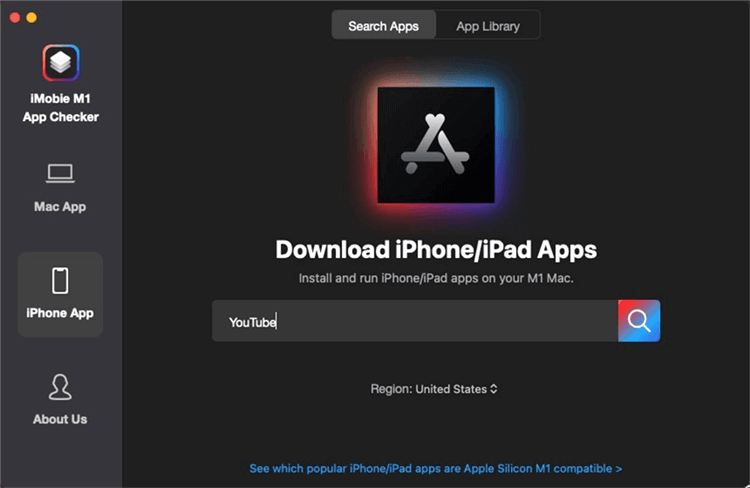 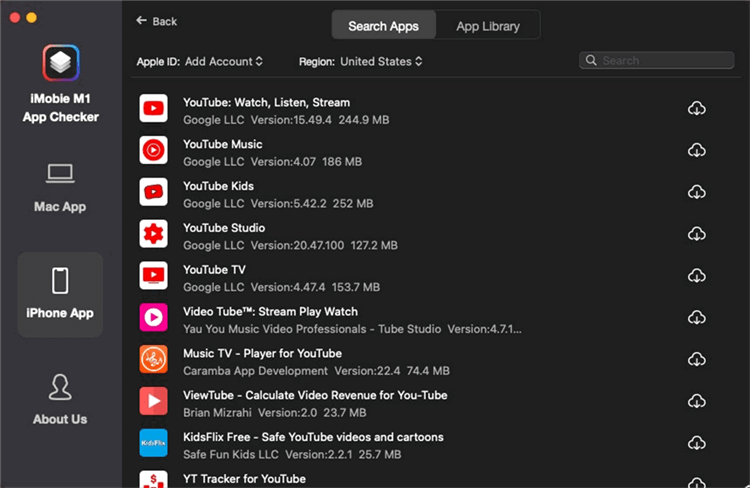 Some .ipa can not run on M1 Mac, because it has a desktop version already. For example, WhatsApp Desktop.

That’s all for the information about the Apple-designed chip – Apple Silicon. Now, you can try the newly M1 Apple Silicon Mac with the feature of high-performance and power-efficient. Also, you can run iOS apps on M1 Mac now. What’s more, if you want to check which Mac apps are M1 ready, iMobie M1 App Checker is free to you.