Normally, the permanent locking of your Snapchat account indicates that you may perform some activities that are prohibited officially. This is to ensure Snapchat fun and safe to its users. However, to unlock your account and get it back to normal, you can still try several methods. Keep reading and find the best solution in this post.

A few months ago, thousands of Snapchat users started receiving messages that their accounts have been either temporarily or permanently locked. This caused an outrage on social media as many of the app’s users claimed that Snapchat account was permanently locked for no reason and they haven’t done anything that would require such a harsh penalty.

Even though seeing this message is by no means pleasant, you can try several methods to get access to your account. So, in this article, we are going to show you how to unlock a permanently locked Snapchat account. 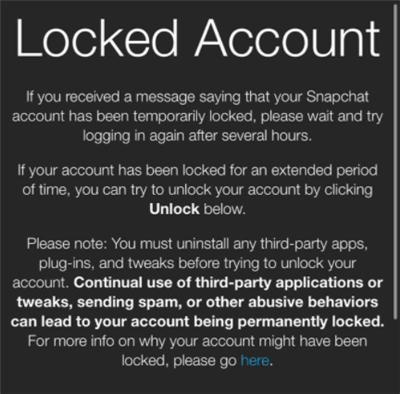 It is currently unclear which criteria exactly determine how long an account is going to be locked, as some users receive the notification that the account is temporarily locked, while others are informed that their accounts are locked permanently. According to Snapchat, an account can be temporarily or permanently locked for 4 reasons:

Normally, other Snapchat users can report the username of your Snap account if you break the rules in the End-user License Agreements(EULA). After checking, you’ll receive a warning and be required to correct the mistake, if you do break the rules. However, if you fail to correct it in time, you might receive another report. Therefore, this is why many Snapchat users may ask how many reports does it take to get banned on Snapchat? The answer is 3 reports! That means if someone reports they find there is something wrong with your Snapchat account 3 times, your Snapchat account will be banned unexpectedly.

In case you were notified that your account is temporarily locked, you shouldn’t be worried since you’ll just have to wait for a day or two before you can continue using Snapchat normally. However, there are several things you can do before attempting to unlock your Snapchat account.

In case you were using plugins and third-party apps associated with Snapchat, and you were notified that your account is temporarily locked, you should uninstall these apps and plugins before attempting to unlock the account.

Failing to do so can result in a long-term ban, so it is best not to access your Snapchat account before getting rid of the plugins and app that may have been why the platform decided to suspend your account.

Reinstalling the Snapchat app will delete all data that could be causing the app to display the Locked Account message when you attempt to log in. However, if the platform suspended your account because it thought you violated one or more of its rules, you won’t be able to accomplish much by reinstalling the app.

To better manage Snapchat plugins and reinstall the Snapchat application, you can take AnyTrans a try. As a professional iOS management tool, AnyTrans supports locate, install, uninstall, update, and downgrade apps when it comes to managing apps on your iPhone. Free install AnyTrans and try to reinstall Snapchat using the App Downloader feature. 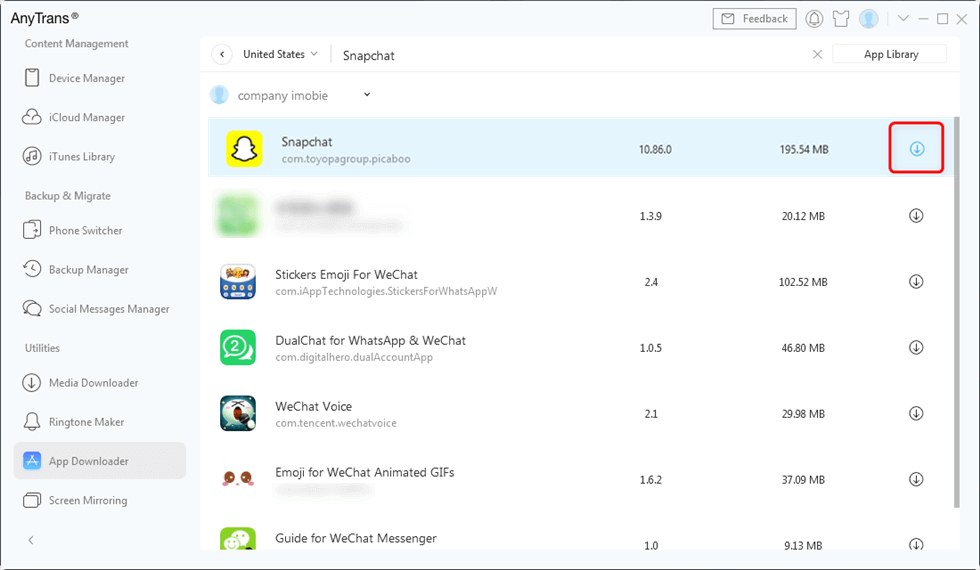 Reinstall Snapchat on Your iPhone

You can also easily locate Snapchat along with Snapchat plugins and apps in the “Device Manager” feature, with which you can delete, archive, and reinstall your Snapchat-related apps.

Solution 3. Tap on the Unlock Button

Snapchat users whose accounts were temporarily locked will see the yellow unlock button below the notification informing you about the possible reasons why your account may have been locked. It is advisable to delete the apps or plugins you were using with Snapchat before clicking on the Unlock button.

Also, you shouldn’t expect to gain access to your account immediately after you click on the Unlock button, as it will take at least a few hours if not days before Snapchat sends you a new password in an email that is informing you that your account is unlocked.

Tap on the Unlock Button

This message can pop up on your screen as a result of a glitch, so you can try performing a hard reset of your iPhone. Although it will eliminate a glitch as a potential cause of the problem, in most cases this method is unlikely to resolve the issue. 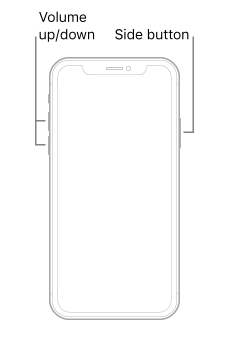 Force resetting your iPhone always requires pressing a combination of keys. The specific combination may vary from model to model. Here we use iPhone 12 as an example, which is also applicable to iPhone X, iPhone XS, iPhone XR, iPhone 11.

Solution 5. Get in Touch with Snapchat’s Customer Service

Reaching out to Snapchat’s customer support is arguably the fastest way to find out why your account was locked. Contacting a customer support agent will enable you to get more information about the reasons behind the ban and how long it will take to get access to your account.

Snapchat users who were informed that their accounts were permanently locked can try to clear the issue with customer support, as that is their only hope to continue using the same Snapchat account. 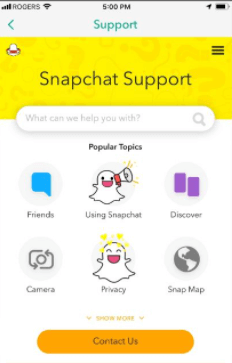 Chances are that you will have to create a new Snapchat account if your old account was permanently locked and the dialogue with the platform’s customer support failed to produce the results you were hoping for. 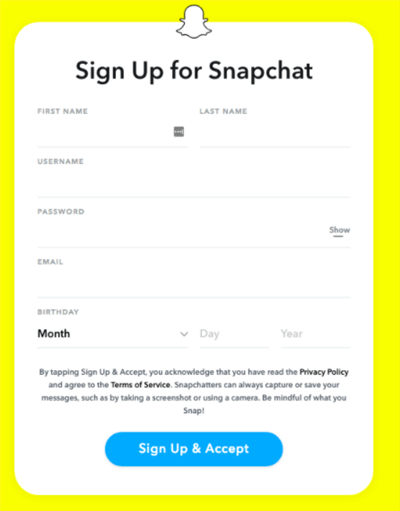 How Do I Stop Snapchat from Locking My Account? 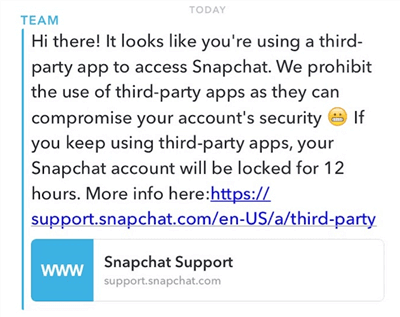 On one hand, Snapchat has strict rules to ban you using third-party apps such as Sneakboo or SnapTool. This is because such apps might acquire users’ information via unsecure links, which may further put other accounts at risk. In terms of this rule, uninstalling unexpected third-party app may avoid Snapchat from being locked.

On the other hand, don’t contiously send a large number of Snap messages or we say spam messages to others, especially when they don’t show any interest in the information. Also, abusive behavior is also prohibitted in the Snapchat community, which involves impersonating  or bullying other users.

A permanently locked Snapchat account is most likely to stay that way, as only a small percentage of the app’s users manage to regain access to their accounts through dialogue with customer support.

Temporarily locked accounts are usually unlocked after a few hours, although it may take a few days before Snapchat allows you to continue using your account. Was this article helpful? Leave a comment and let us know.