How to Use Siri on All Apple Devices

If you have been using an Apple device for some time or if you have been in the Apple ecosystem for a while, you have likely heard of Siri. For those of you not familiar with it, Siri is a voice-based assistant that helps you get your tasks done on your machines. In the beginning, Siri was only available on the iPhones but eventually, it made its way to various Apple devices including the Mac machines.

We have put together this guide to teach you how you can go about using this voice assistant on various of your Apple devices. You will learn how to use Siri on iPhones, iPads, iPods, Mac, Apple TV, Apple Watch, AirPods, and HomePod.

Part 1. How to Use Siri on iPhone/iPad/iPod Touch

If you wish to learn how to use Siri on an iPhone, iPad or an iPod Touch, this section will teach you how to do it. 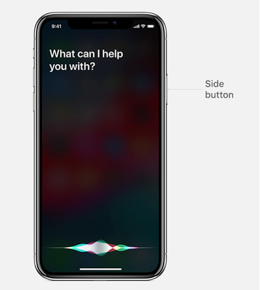 How to Use Siri on iPhone/iPad/iPod Touch

Using Siri on an iOS-based device such as an iPhone is extremely easy as Apple has made triggering the voice assistant much easier than ever on these phones. If you have a Hey Siri enabled device, you can invoke Siri by simply saying Hey Siri when you are close to your device and Siri, will launch ready to assist you.

If you do not have a Hey Siri enabled device, you may press the Home button on your older iPhones or the Side button on newer iPhones to launch Siri on your device.

Once Siri launches on your device, you may ask it a ton of things to do for you. There are various guides around letting you know what you can ask Siri and what it can do for you.

Part 2. How to Use Siri on Mac

If you are an Apple Mac user and you have Siri on your machine, this section will teach you how you can utilize it to make tasks easier and faster to do on your machine.

How to Use Siri on Mac

If you have enabled Hey Siri on your Mac, all you need to do is say Hey Siri and Siri will trigger and open-up. This hands-free Siri invoking feature can be enabled even on older Macs using a simple workaround. There are tons of guides on the Internet teaching you how to do it so have a look around and you should be able to launch Siri by just calling her name on your Mac.

If you have not enabled Hey Siri, you can click on the Siri icon in your menu bar at the top and Siri will launch. The icon is usually located to the most right side in your Mac’s menu bar.

Part 3. How to Use Siri on Apple TV

Apple TV also comes with the Siri functionality and using it on your TV is as easy as pressing a button on your remote. 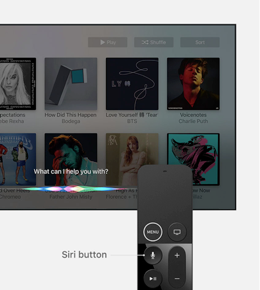 How to Use Siri on Apple TV

In order to launch and use Siri on your Apple TV, all you need to do is press and hold down the Siri button on your TV remote and make your request. It will trigger Siri and Siri will hear and do what it needs to do according to your command.

Part 4. How to Use Siri on Apple Watch

If you would like to know how to talk to Siri on your Apple Watch, you would be glad to know doing so is pretty easy. 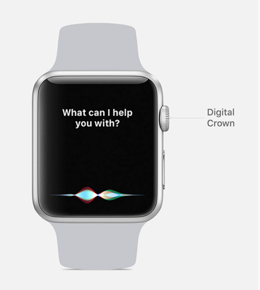 How to Use Siri on Apple Watch

The easiest way to invoke Siri on your Apple Watch is to tap on the screen of your watch and say Hey Siri. Siri will launch and you will be able to request various services.

You may also press the Digital Crown for a few seconds to launch Siri on your Apple Watch.

Part 5. How to Use Siri on AirPods/CarPlay/Headsets

Siri is enabled on AirPods, CarPlay, and Headsets as well and using it on all of these devices is pretty easy. 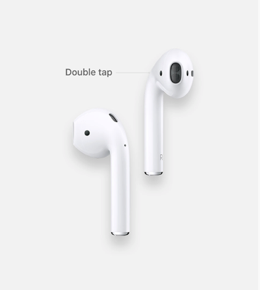 How to Use Siri on AirPods

On your AirPods, simply double tap on either of your AirPod and it should launch Siri. Alternatively, on newer AirPods, you can say Hey Siri to launch the virtual voice assistant.

On Bluetooth enabled devices, press and hold down the call button for a few seconds to invoke Siri.

If you would like to launch Siri in CarPlay, simply press and hold down the voice command button and it should launch.

Part 6. How to Use Siri on HomePod

Siri can be launched using two ways on a HomePod and both of the ways are extremely easy to use. 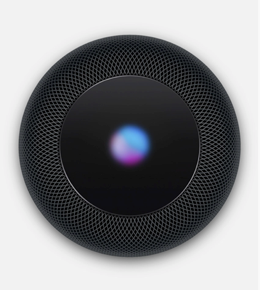 How to Use Siri on HomePod

The easiest one, of course, is saying Hey Siri to launch Siri on your HomePod.

If you would like to launch Siri with the press of a button, you may press the top of your HomePod and that should activate the Siri functionality on your device.