Wonder how fix iOS 14/13 screen recording no sound on iPhone iPad? Follow this tutorial to get it solved on iPhone and iPad easily.

Yesterday, I wanted to record my iPhone-screen because I saw a funny part in a video that I wanted to share with my friends. I recorded the Screen with audio (hit “Mic on”) and cut the part, that I wanted to show. Now it gets funny – when sending this part my friend doesn’t seem to have sound on the clip – it’s muted.

As one of the funniest features on iOS 11 – screen recording enables users to record any operation on iPhone iPad screen as videos and save them in Photo Video album. It does not just save the video, but also the audio, from both the outside voice and the built-in apps, as long as you turn on the microphone.

But now what can we do with it? How to fix iOS 14/13 screen recording no sound on your iPhone 12/11/XS/XR/X/8/7/6s/6 or iPad? Luckily we have collected and tested several practical methods which you can try in the following. Keep reading.

Make Sure Your iPhone iPad with Microphone Turning On

Only when you turn on microphone, there will be audio saved in videos. If you still have no idea of how to toggle on microphone when screen recording, please follow the steps:

Step 1. Go into the Control Centre.

Step 4. Press Microphone Audio in the pop-up. The gray icon should turn red to signify that you’ve turned on the microphone.

If the microphone is on and the screen recording is no sound still, you can try to turn it off and on. 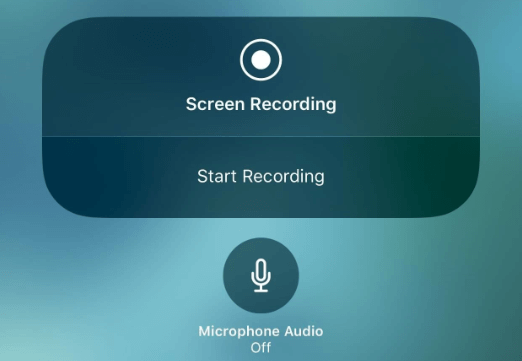 If after taking Method 1, screen recording no sound still exists on iOS 12/11, you can try restarting your iDevice to fix it. It works in most occasions. But you need also to know that there could be a weird thing that audio maybe works the first time, but later there is no sound again to do screen recording, according to user’s feedback:

Strangely I have noticed that for me, both audio and video recording works the only first time after I restart my iPhone. But when I try to record the same video again or a different video, I could not hear any audio. – User from Apple Discussion

Reset All Settings on iOS 14/13 could be a lifesaver in many situations. Got to Settings > General > Reset > Reset All Settings. This way will not remove exited data like photos, messages, contacts, etc, but it will reset your general preferences in Notifications, General, Sounds, Touch ID, Brightness, and some other features. 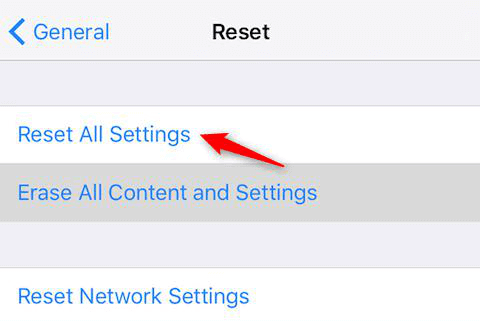 Restore Your iPhone iPad with iTunes

Step 1. Open iTunes on the Mac or PC that you used to back up your device.

Step 2. Connect your device to your computer with a USB cable.

Step 3. Select your iPhone when it appears in iTunes. If your device doesn’t appear on iTunes, learn what to do. 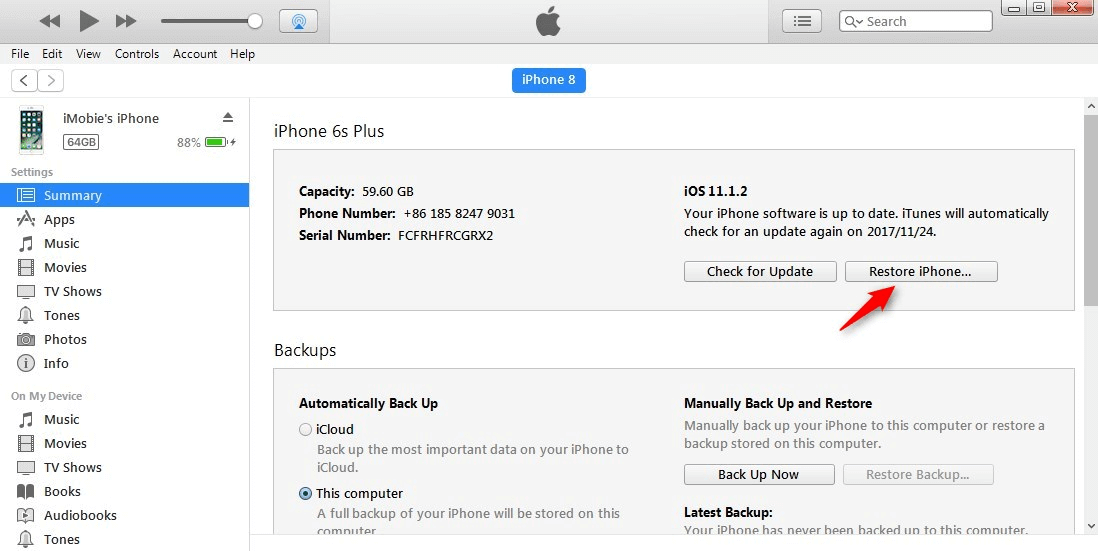 Bonus Tip: How to Export Screen Recording Videos to Computers

As you fix the iOS 14/13 screen recording no sound issue, now you can save as many videos as you like. But too many videos will eat up your storage soon. If you want to save some space on iPhone iPad, you can store these screen recording videos on your computer; Or if you want to share them with others, besides on iPhone iPad directly, you can also move them onto your PC/Mac for a more possible operation.

But the question is how to export screen recording videos to the computer. Here in this part, we’re going to recommend you the best iOS data management and transfer tool – AnyTrans, which engaged in transferring & managing iPhone iPad iPod data in a simple way. With it, you can easily export recordings videos from iPhone iPad to PC or Mac computer just in 3 steps. Let’s see how to make it.

Step 1. Download and install AnyTrans on your Mac or Windows computer > Connect your iPhone iPad.

Step 2. Choose Device Manager on the left panel and click on Photos on the right. 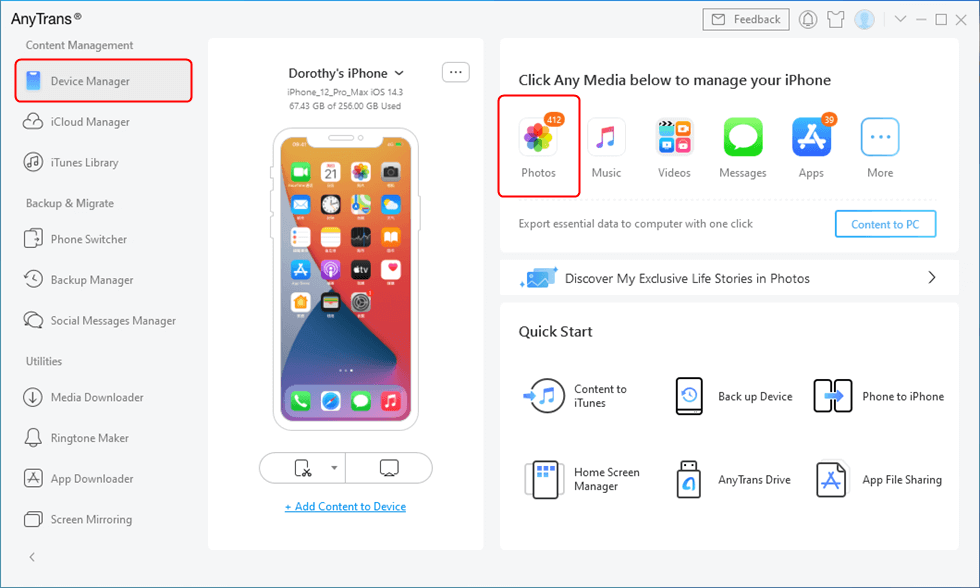 Step 3. Choose the photos/videos you want to transfer and click on To PC button to transfer. 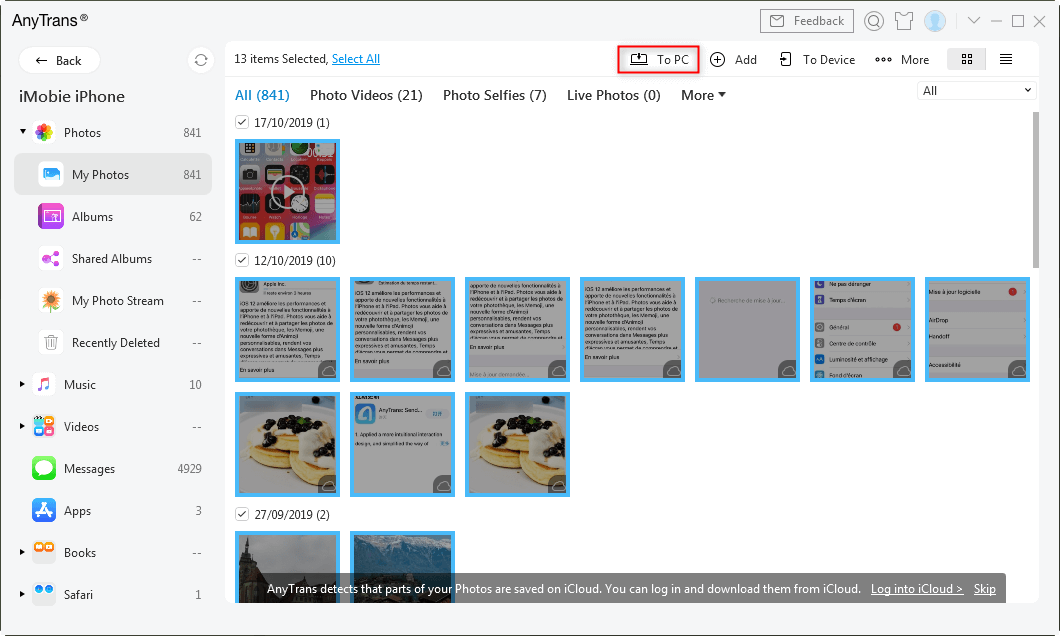 Choose the Photos You Want and Click on To PC

1. Besides recording videos, you can also use AnyTrans to export other types of iOS data, such as photos, ringtones, music, movies, iBooks, contacts, notes, reminders, messages, and so on.

With these 4 methods above, you can fix iOS 14/13 screen recording no sound easily. But also if you plan to share your screen videos with others on the computer, you can apply AnyTrans to quickly transfer videos from iPhone iPad to PC/Mac. Give it a try now. Also if you have another practical method to fix screen recording with no sound, you can share it in the comments below, helping more people.