How to Fix An Error Occurred Installing iOS 16

Apple will release the iOS 16 with great improvement in performance and security.  At this time of iOS big improvement and updating, iOS 16 has also brought some nice new features. With the astounding new things, you must be eager to download and install iOS 16 over the air, or via iTunes, however, according to many users’ feedback, when they updating iOS 16 beta, there may came an iOS updating bug, a message noticing them “Unable to Upgrade. An error occurred installing iOS 16”, or “Software Update Failed. An error occurred installing iOS 16”.

So far we have not found the reasons leading to an error occurred installing iOS 16, and Apple also has not explained anything. But luckily we still have some practical solutions to fix it. And we have collected them in the following content. Keep reading. 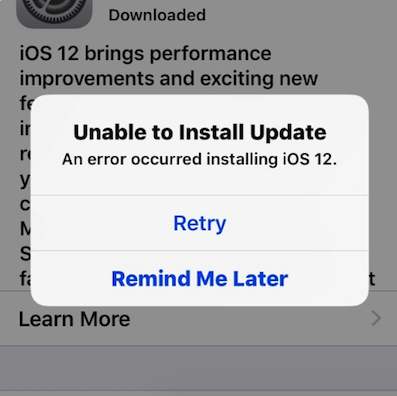 How to Fix An Error Occurred Installing iOS  16

Firstly, you need to make sure your iPhone iPad iPod is compatible with iOS  16, or not. For example, iPhone 7 and iPhone 7 plus is not supporting iOS 16 anymore, according to Apple saying. You may go to apple support to check your device being on the list or not.

Tip 2. Turn of the Settings app and Wait for a While

If you have tried the Retry option many times, but this error occurred installing iOS 16 bugs is still there, why not close the Settings app and try again later? To remove the Settings App in the background: Double-tap Home button > Swipe up on the Settings app until it slides out of view. Several minutes later, try to install the update again: Settings > General >Software Update.

Occasionally network connection could be the reason why an error occurred installing iOS  16. So you can fix it by resetting device network settings: Go to Settings > General > Reset > Reset Network Settings.

This way is similar to method 3, to check network connection. Firstly turn off Wi-Fi, and switch to cellular data, for like 30 seconds, or 1 minute.

If the resetting network does not work, you can try force restarting your iPhone iPad iPod touch. Press and hold both the power button and the Home buttons simultaneously, until the Apple logo appears.

Since unable to upgrade and software update failed to occur mostly when iOS  16 updating over the air, so you can upgrade your device with iTunes on the computer instead.

Connect your device to your computer > Run iTunes > Select your device > Choose Summary > Check for Update > Click Download and Update, enter your passcode if asked.

If you received the “No Update Found” message when updating with iTunes, there is because of the unpacked iOS update, downloaded before. Go to Settings > General > Storage & iCloud Usage > Tap on Manage Storage > Scroll down to check if you have the iOS 16 update list > Delete it if you have.

Except for the above solutions, what we want to recommend to you is AnyFix – iOS System Recovery. The one-stop system recovery utility is specially designed for you to fix over 130 types of system issues for iPhone, iPad, iPod touch, or even Apple TV in few simple clicks.  Whether you encounter any problems like iPhone won’t update, iPhone won’t charge or turn on, stuck on Apple logo, etc., all you need is 1 simple tap. AnyFix now supports downloading and updating to iOS 16 beta, you can follow the steps below to do that.

Step 1. To solve your error on iPhone, go to download and launch AnyFix on your computer. 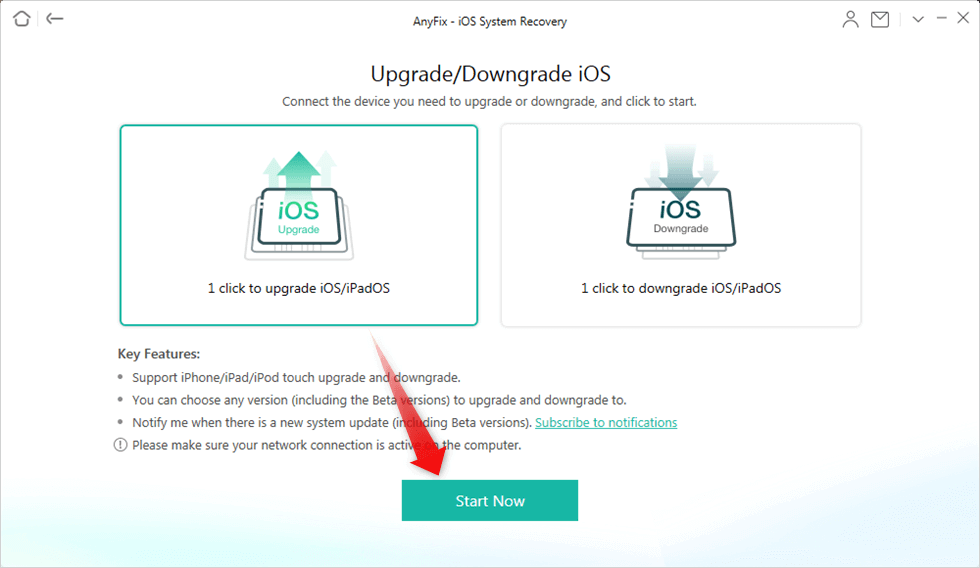 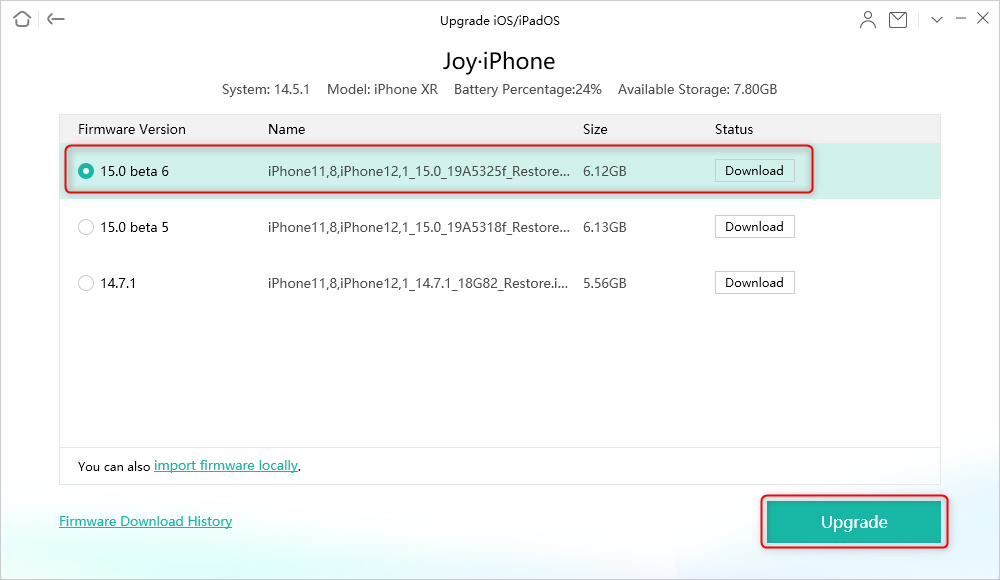 With these 7 methods above, you can definitely get rid of being unable to upgrade to iOS  16, or software update failed. And also an error occurred installing iOS  16  would be gone, too. If you find these ways of working perfectly, please do not forget to share them to help more people. Thanks.