Here in this post, we are going to focus on how long does it take to update to iOS 13/12 and what to do if the update process is taking too long. If you want to update your iPhone/iPad to the newest iOS version, you can refer to this post and make your decision.

Generally, Apple will release its new iPhone as well as the new iOS version every September. In 2019, Apple released its newest operating system iOS 13. Compared with the previous iOS versions, iOS 13 has packed a bunch of new features such as dark mode and AR apps. What’s more, this new iOS version concentrates more on the apps that play a great role in our daily life. In November, Apple released a promoted version – iOS 13.3, which fixed some bugs of the previous one. 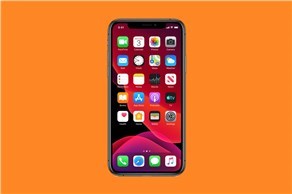 Update to a New iOS Version

About the updating process, one issue that questioned most is that some users reported that it takes forever to download the update. Here in this post, we would like to focus on this issue. Telling you how long does the iOS 13 update take and what to do if your iPhone/iPad is stuck in downloading the update.

How Long Does the iOS Update Take
Fixes when iOS Update Stuck in Downloading
Bonus Tip: Backup your iPhone Before Updating to New iOS Version

How Long Does it Take to Update to A New iOS

It is a little bit difficult to answer this question because the time it spends various from device to device. We noted download the time it spends to update to iOS 13/12 and came up with the numbers below. Generally, update your iPhone/iPad to a new iOS version is need about 30 minutes, the specific time is according to your internet speed and device storage. The sheet below shows the time it takes to update to new iOS version.

If it takes too long for you to download an iOS update or the procedure is getting frozen midway, there might be some problems during the updating process. We have listed three solutions for you, keep reading and learn more about it.

What to do if iPhone Stuck in Downloading the Update

When your iPhone/iPad stuck in the downloading process, your device might not get smooth by itself. This problem is usually caused by some tricky tweaks, simply force restart your iPhone could fix this out. 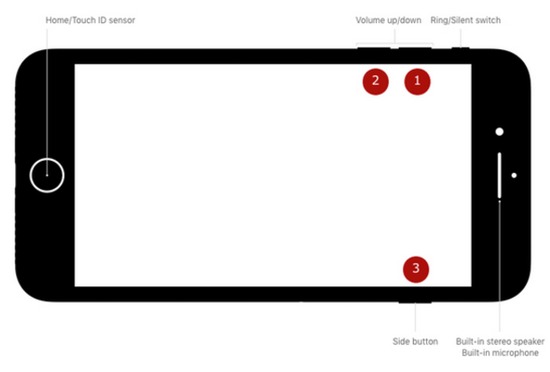 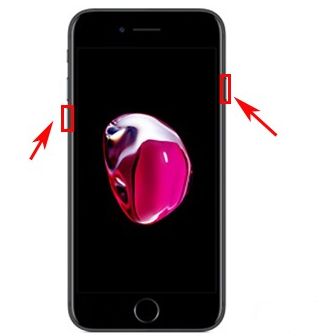 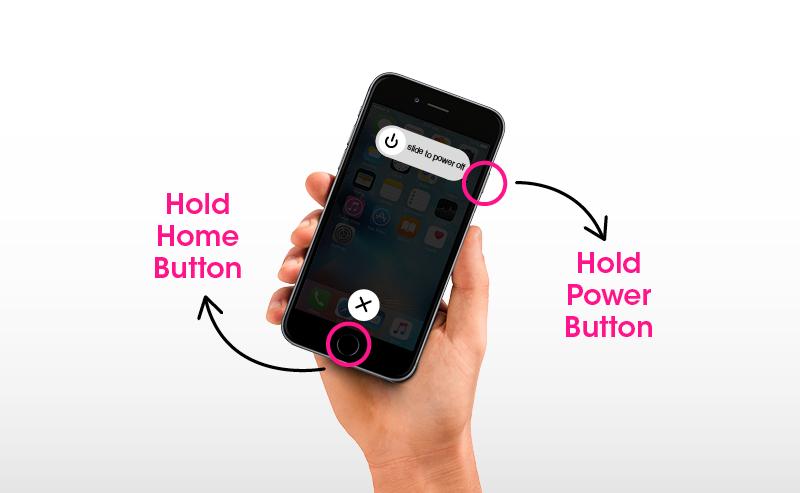 Sometimes, an unstable network could make your iOS update process taking too long. It is very crucial that you connect to a strong and stable network when you decide to start updating. So, what you must do is check the network settings very thoroughly right before the installation.

Go to Setting > WLAN, turn on your Wi-Fi if it is off; turn off, wait for a while and then turn it on again if it is on. 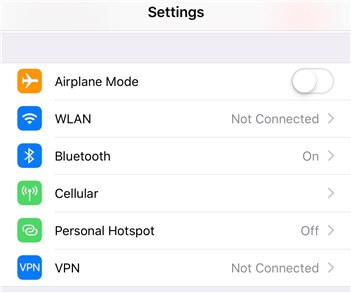 You can also fix the network problems by resetting the network. Go to Setting > General > Reset > Reset Network Settings to reset your internet. 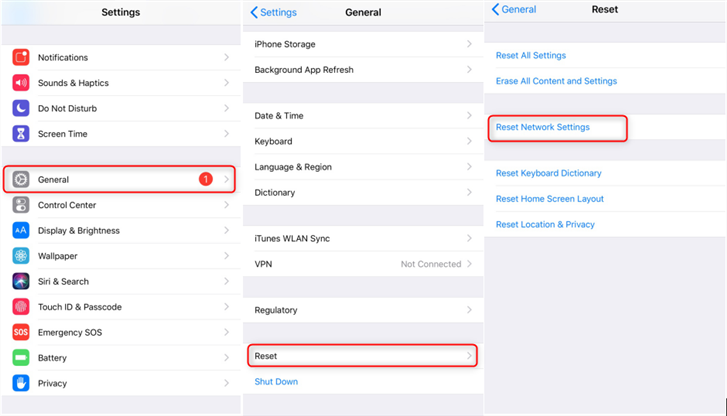 Another possible reason why your iOS 13 update downloading process is frozen is that there is no enough space on your iPhone/iPad. The iOS 13 update requires at least 3GB storage, so if you find it is taking too long to download, go to check your device storage.

Go to Setting > General > iPhone Storage to check your storage, if you are low on storage, you can offload unused apps to free some space. After finishing free up space, try to download the iOS update file once again. 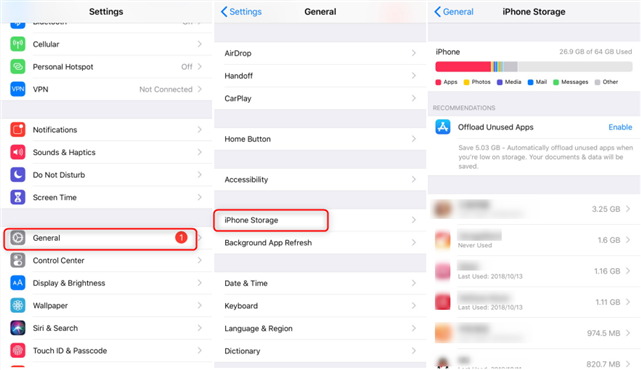 If you decided to update your device to the new iOS version, please backup your data first to protect you from unexpected data loss. Then you can have a try with AnyTrans for iOS, which is a comprehensive iPhone data management software:

If you want to ensure some special data are safe, you can choose and transfer them to another iPhone/iPad, or Mac/Windows. Learn how to transfer your content from iPhone to iPhone.

If there isn’t enough empty storage space available on the device to install the update, it also can help you backup your iPhone completely. Then you can delete unnecessary data to free up space. Learn how to backup your iPhone with ease. 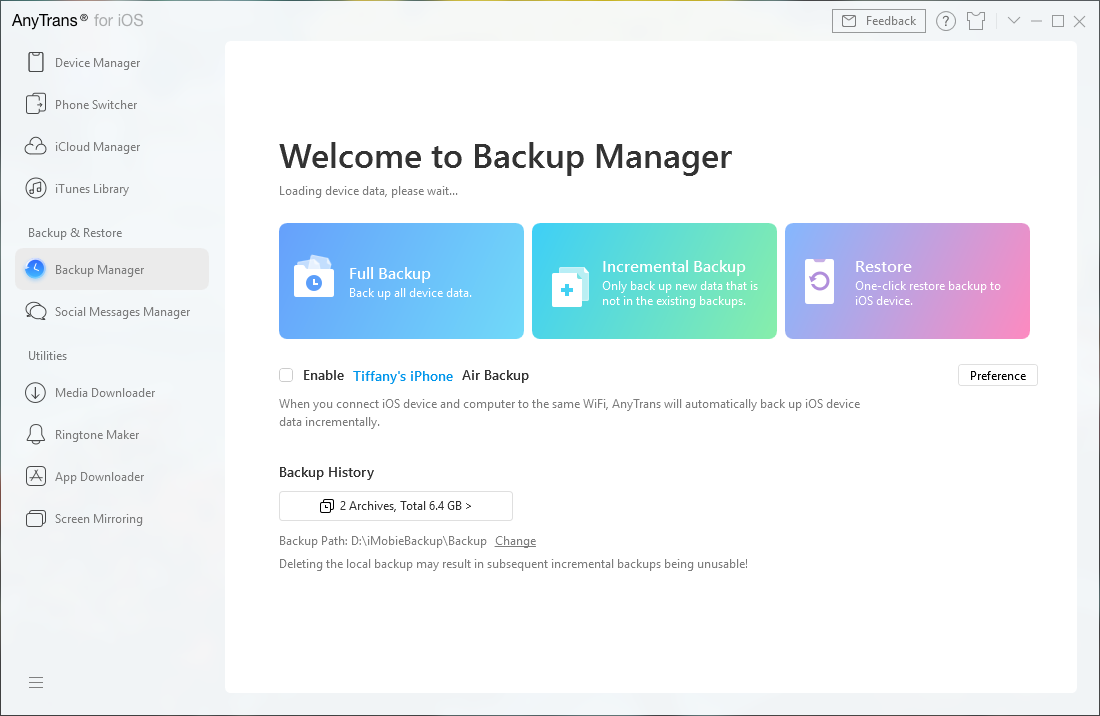 Backup your iPhone using Backup Manager in AnyTrans for iOS

Now download AnyTrans for iOS, and make sure your iOS 13/12 is successfully updated.

That’s all about how long does the iOS 13/12 update take and what should you do if the updating process is taking too long. Hope you can solve your problem and enjoy your iPhone/iPad with iOS 13/iPadOS 13 new features.