If you are seeing a lot of Bluetooth use prompts on your device, it is likely because of the iOS 13’s new Bluetooth permissions feature. The following post explains why you are being asked for the permission and how to get rid of any issues related to it.

Apple has added a ton of new features to the iOS 13 update, and if you have installed it on your device already, you know all the new features that the update brings to the table. There have been some improvements to the existing features as well such as the ones related to Bluetooth and privacy. 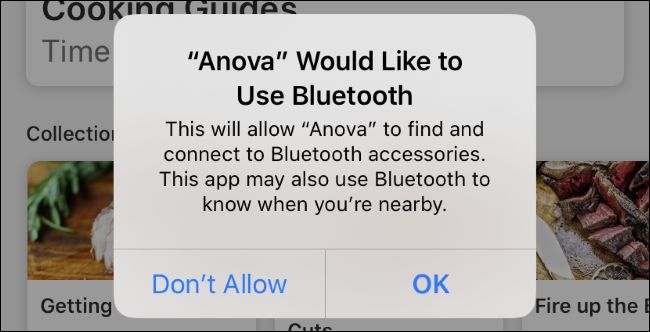 While new features are more than welcome, there are a few things that users are finding to be annoying after updating to iOS 13. One of these things is the constant prompts appearing on the device asking to use Bluetooth. If you are getting these from a lot of apps on your device, you might want to find out why it is happening and what you can do about it. That is exactly what you are going to learn in the following post.

Up until iOS 12, you did not get any prompts that asked if a particular app could use Bluetooth on your iPhone or iPad. It is only in iOS 13 that the apps are requesting to use the Bluetooth feature. This has many users wondering as to why this is happening at all.

In iOS 12 and earlier versions of iOS, the apps installed on your device did not require any explicit permissions to use the Bluetooth functionality on your device. Therefore, even if an app was using this feature, it did not have to send you a request to be able to use it. With iOS 13, though, things have changed. Apple has made it more transparent as to what apps are using Bluetooth on your device. So each time an app wants access to Bluetooth, you get a prompt on your screen letting you decide what you want to do.

There are various reasons as to why an app might need to use Bluetooth on your device. Some of the apps use Bluetooth to track your location whereas others use it to let you pair your wireless items to your device. It really depends on the app that you are using on your iPhone or iPad.

How to Fix: Apps are Asking to Use Bluetooth on iOS 13 [5 Solutions]

If you are getting annoyed by the constant prompts asking you to enable Bluetooth permissions for your apps, there are a few things you can do to minimize the effect.

If an app wants to use Bluetooth and if you are fine with it, then you can allow the app to use it and you will get no further prompts from that app on your device. iOS 13 lets you easily provide permissions to the apps installed on your device.

On your iPhone or iPad, open the Settings app and tap on Privacy followed by Bluetooth. Find the app that requested for Bluetooth access and turn the toggle for it to the ON position. The app will no longer send you any notifications asking to use Bluetooth.

Solution 2. Provide the Permission from the App Menu

If you do not find the app in the Privacy menu, you have another way available to let the app use Bluetooth on your device. This will also help you avoid the constant Bluetooth prompts on your device.

Enable the Bluetooth Permission from the App Menu

Launch the Settings app and find and tap on the app you want to give the permission to. On the app screen, turn the toggle that says Bluetooth Sharing to the ON position.

Solution 3. Allow the Permission from the On-screen Prompt

One of the easiest ways to let apps use Bluetooth is to give the permission as soon as the prompt appears on your screen. This way you will not have to go into any menus to enable the permission. 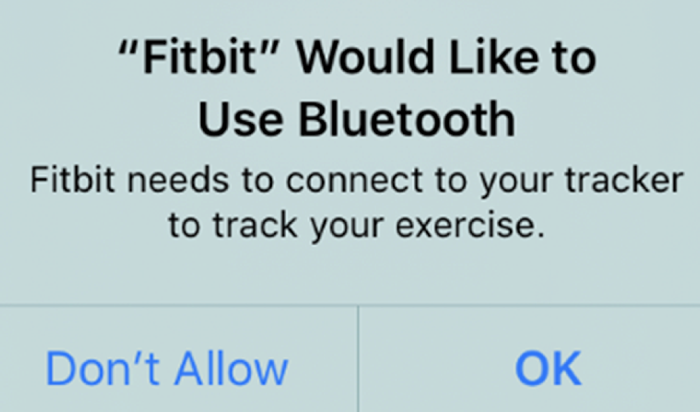 Soon as a prompt asking to use Bluetooth appears on your screen, tap on the OK button to allow the app to use the feature.

If the app keeps on asking for Bluetooth permissions despite you having enabled it already, there may be a serious issue with the app. In that case, your best bet is to get rid of the app on your device. Uninstall the app and bid it adieu forever.

The Bluetooth sharing feature in iOS 13 changes quite a bit and it is important you know what is to be expected and how you can tackle issues, if any. The above guide will help you out with any issues you could encounter with the new feature.