What is Screen Mirroring? All Basic Info

If you are new to the whole mirroring thing, this guide should greatly help you out by telling what screen mirroring is and how you can go about using it on your devices. Read on to learn everything in detail.

The following guide takes an in-depth look at it and tells you how you can use screen mirroring on your compatible devices. At the end of the guide, you will have learned to fully use the feature on your devices. 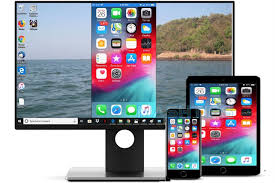 What is Screen Mirroring

What is Screen Mirroring

The screen mirroring connection is usually established over a WiFi network. You need to connect both your devices to the same network and you are ready to go. You can then view your small smartphone screen on your large TV screen or computer screen. Anything that is performed on the smartphone is instantly displayed on the large screen.

How to Use Screen Mirroring on Android or iOS Devices

Now that you are informed of what screen mirroring is, you may want to learn how you can use it on your devices. Most devices that support this feature usually have an easy to use procedure to start and use the function.

The feature is available on most Android phones and all iOS-based devices. It is supported on a few other TVs as well such as the ones from Sony and Samsung.

Since most people use either an iOS or Android phone, we will show you how to do screen mirroring on these phones. Steps should be similar for other phones as well.

How to Set Up Screen Mirroring on iOS

Apple has built a feature called AirPlay in its iOS devices that allows you to mirror your iOS device’s screen on an AirPlay-compatible device in a few easy clicks. Apple TV is one of the popular AirPlay receivers.

Here is how you go about using the feature on your iPhone or iPad. Please ensure both your devices are connected to the same WiFi network.

Step 1. Swipe up from the bottom of your device to open Control Center. On newer iPad models, you will need to swipe down from the top-right corner of your device.

Step 2. When Control Centre opens, find and tap on the AirPlay option to launch the feature. You will then be able to select the device where you want to mirror your phone. 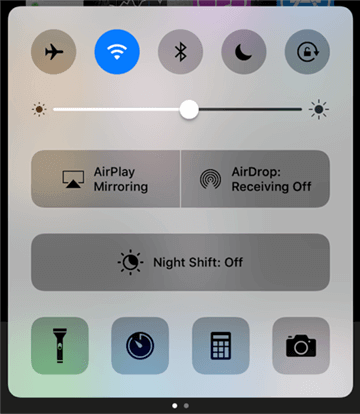 Set Up Screen Mirroring on iOS

That is all. It is pretty easy to use screen mirroring on your iOS-based devices. Be advised though screen mirroring without WiFi may not be possible on all the devices out there. Only a certain few phones support it.

If you use an Android device, you can grab one of the many apps available out there to do screen mirroring. Many TV manufacturers have their own apps as well to help you do the task.

Here we show you how to mirror your Android device to a Samsung TV. If yours is a different TV, you will be able to find its app using Google.

Step 1. Download and install the SmartThings app on your Android phone.

Step 2. Launch the app on your device and tap on Add Device. It will let you add your TV to the list. 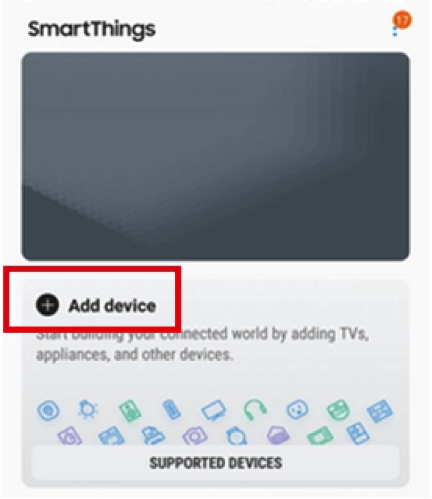 Add TV to the Phone App

Step 3. On the following screen, select your TV from the available devices list. Make sure your TV is connected to the same WiFi network as your phone. 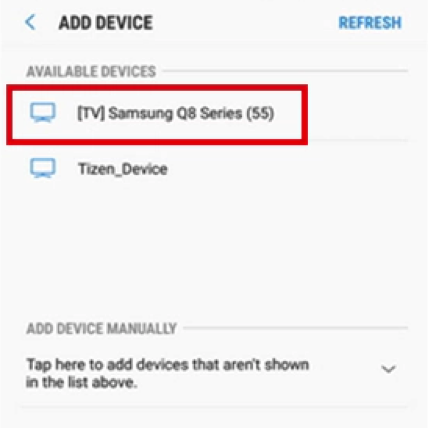 Step 4. Enter the PIN number shown on your TV in the app and tap on Smart View. Your TV should now show the contents of your Android screen.

How Does Screen Mirroring Work

Screen mirroring utilizes some standard protocols between two compatible devices to establish the connection. In screen mirroring, you usually have two devices – one that sends the content of its screen – and second that receives the content from the first device.

If we use the iPhone’s example here. Your iPhone is the sender as it is its screen that will be mirrored. Your TV where you are sending the screen to is called receiver as that is where your iPhone’s screen will be displayed.

Bonus Tip: An Alternative of AirPlay to Mirror Screen

Fortunately, you have a great AirPlay alternative available and it is called AnyTrans for iOS. It is an app that helps you manage the content on your devices as well as mirror your device’s screen to your computers.

The app runs on both Windows and Mac machines. Once you have installed it, getting your iPhone’s display to show up on your computer is just a matter of a few clicks. For more detailed steps, just refer to How to Screen Mirroring with AnyTrans > 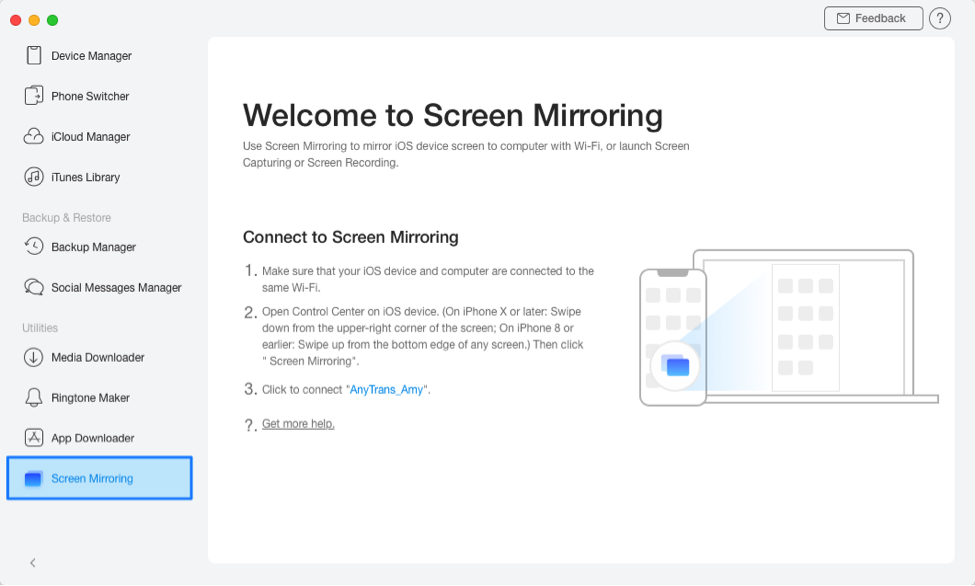 Screen Mirroring in AnyTrans for iOS

Screen mirroring is really useful as it lets you project the small details of your iPhone screen on a really large screen of your smart TV or your computer monitor. We hope the above guide helps you learn what it is, how it works, and how you can use it on your devices.