How to Fix Apps Not Opening on iPhone Issue

Seeking the ways to fix apps not opening on iPhone issue? Then, you are on the right page. Here, we have prepare several effective methods for you to resolve the problem.

iPhone is one of the best-selling smartphones around the world. From external appearance to functional performance, iPhone has already reached an international standard level. Every time a new generation of iPhone was released by Apple, the fans will rush to purchase one. Though Apple has reached so huge achievements that don’t mean there’s no bug or problem with the iPhone. Recently we have found issues in terms of the app are that apps not opening on iPhone and app gets crashed while trying to open it. Why does this happen? Users are confused about this issue. To help you figure out what happened to your apps and how to fix them, we have collected some simple ways for you to try.

Further Reading: 10 Ways to Fix iPhone Swipe Up Not Working >

Why Apps Not Opening on iPhone?

The major reason that causes you to fail to open the app might be the software problems and error that often occurs after you update your iPhone to the latest version or the version of your iPhone is too old to be incompatible with the app. No matter what are the reasons, this issue could be annoying. If you want to get rid of this issue, please keep reading to get the methods.

How to Fix Apps Not Opening on iPhone Issue?

These methods work for almost all iPhone models including the latest iPhone 14 series in iOS 16.

Method 1. Turn Off and On iPhone

The first thing that must try is restarting your iPhone. Because restarting an iPhone solves many minor software problems. For many users, the method works effectively.

Step 1. Hold down the side and either volume up or down button at the same time until you don’t see the power-off slider.

Step 2. After that, drag the slider to turn off it. Then, again press the power or side button to turn it back on until you don’t see the Apple logo. 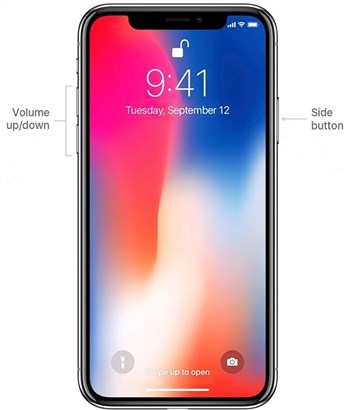 Step 1. Hold down the side button until you don’t see the power-off slider on your iPhone screen.

Step 2. Now, drag the slider to turn it off. Again turn it on by holding down the side button until Apple logo does not appear. 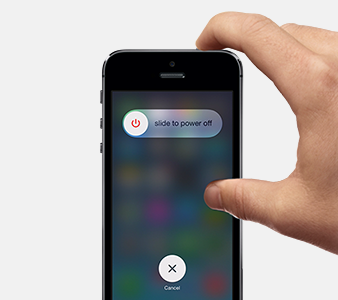 Check the app update from App store. Sometimes, the previous version of the app contains an issue that makes you face app crash situation. If the next update is available, then you can install its latest version. It might solve the issue. To check App Update, follow the below steps on your iPhone:

Step 1. Go to the App Store app and then, navigate to the “Updates”.

Step 2. Now, you will see the list of apps that need an update and check the desired app update. If it is available then update it. 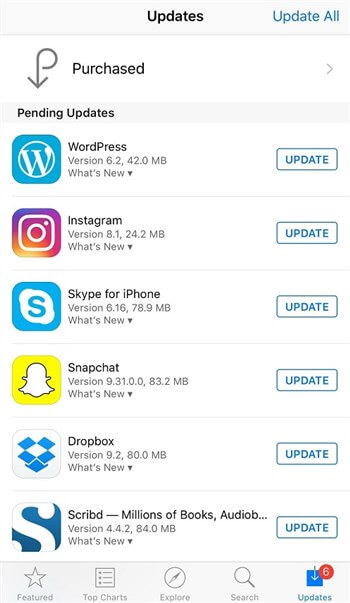 Apps that run in the background take a lot of battery and memory which then force the app to stop working. That’s why you need to quit apps manually and close them from the background of your iPhone. You can make it by swiping up apps to close them manually. Then, again open the app, and hopefully, apps not opening on iPhone issue will get resolved.

Not enough storage space is another reason that might make apps crash or not able to be opened. So you can go to check if storage space on your iPhone is not enough. If yes then delete data like music, apps, and images to free up space.

To check iPhone storage space, you can go to open the settings and then, go to General menu. Then, go to the “iPhone Storage” and here, you can manage the space. 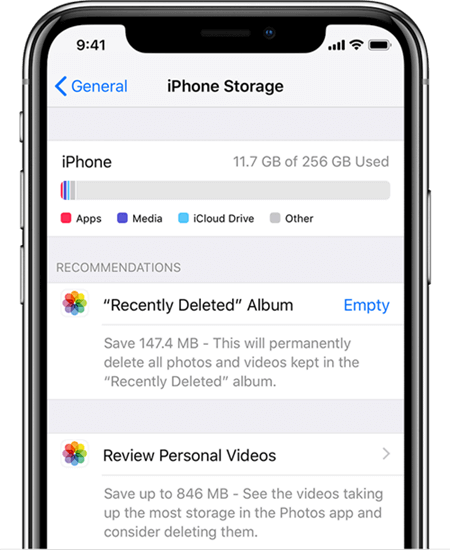 It might be the case that there is a problem in your iPhone settings that causes you to face apps not opening on iPhone problem. Therefore, it’s time to reset your iPhone all settings and then, it will begin your phone from scratch. It will not delete any of your iPhone data. Below are the steps on how to do it:

Step 1. Run the “Settings” app and then, open the “General”.

Step 2. Tap on “Reset” and then, tap on “Reset All Settings”.  Enter your iPhone passcode if it says.

Make sure that your iPhone iOS version is up-to-date. Installing the latest iOS version solve the software bugs that were in the previous version. Therefore, you need to check the next software update and if it is available then download it on your iPhone. Below are steps how to check:

Step 1. Open the “Settings” menu and then, move to the “General”.

Step 2. Now, tap on “Software Update” and if the next iOS version is available then download and install it. 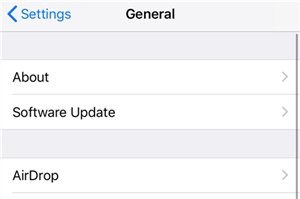 The last method that you can try is to restore iPhone from backup with iTunes. It will certainly fix the software issue, then your issue that apps cannot be opened will be solved also.  But you need to back up your iPhone before restoring or you will lose all your data in the process.

Step 1. Open the latest iTunes version on your PC and then, connect your iPhone to the computer.

Step 2. Now, click on the “Device” icon and then, open the “Summary” tab. Here, tap on the “Restore backup”. 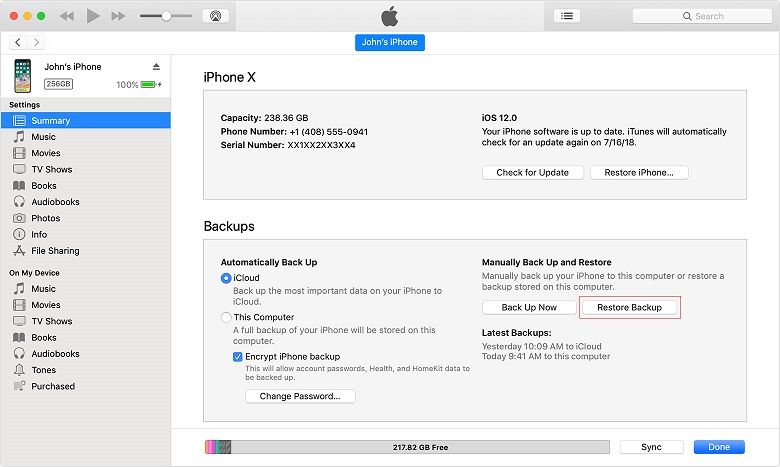 Step 3. Now, select the most relevant backup from its date and size and then, tap on “Restore”.

Thus, now you might have known how to fix apps not opening on iPhone problem. This is a very common problem that would be met by many iPhone users. So if your problem gets solved with the methods mentioned above, just share the guide with your friends also who are iPhone users.