How to Transfer Apps from Android to Android

If you have an app installed on one of your Android devices, you do not need to download it again on your other devices. You can actually transfer apps from Android to Android and the same app can be installed on multiple devices without re-downloading it.

One of the great things about Android is the level of customization it offers. From being able to design your home screens to install apps from outside the Play Store, there are tons of things you can do to make your device truly yours. One of these is to transfer apps to a new Android phone from your old phone.

If you have switched to a new device and you wish to carry forward your apps from your old device, you can actually do it pretty easily. There are multiple ways to transfer an app from one Android device to another, and you can use these methods to move apps and do not have to re-download them on your devices.

The following are some of the methods you can use to do the task.

Part 1. Transfer Apps from Android to Android with Bluetooth

One of the easiest ways to transfer files between devices has been Bluetooth for many years. It is all because of its simplicity and ease of use. Also, there are no issues with regard to compatibility as almost all the devices come equipped with this feature.

You can use Bluetooth on your devices to transfer apps from one Android device to another. In order to do that, though, you are first going to need to make APK backups of your apps. It is because when you share an app, you want to share the actual APK file of the app that can be installed on your other device.

The following is a full procedure on how to generate an APK out of your existing apps and how to transfer apps from Android to Android using Bluetooth.

Step 1. Head over to the ES File Explorer website and download and install the app on your device.

Step 2. Launch the app on your device and tap on the option that says App. It will let you view all the apps installed on your device. 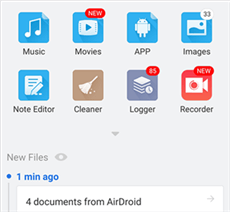 Step 3. On the screen that follows, tap and hold on the app that you want to transfer to another device. You will see various options at the bottom of your screen. Tap on the one that says Backup. 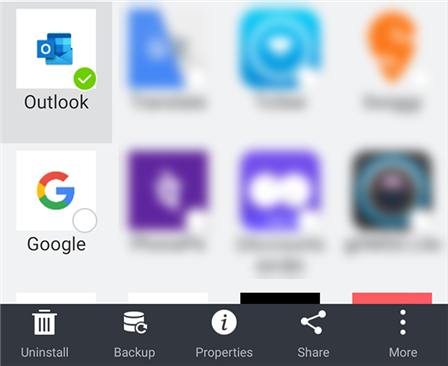 Export your apps as APK

Step 4. The app will create an APK backup of your chosen app.

Step 5. Open your file manager and head over to the following path. That is where your app’s APK file is located.

Step 6. Find the APK you want to transfer, tap on the three-dots at the top-right corner, and select Share. 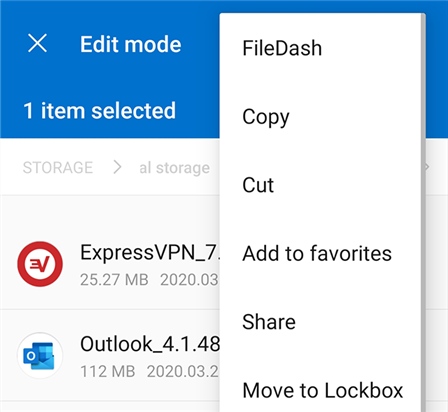 Step 7. You will see the available options to share your APK. Tap on the option that says Bluetooth. 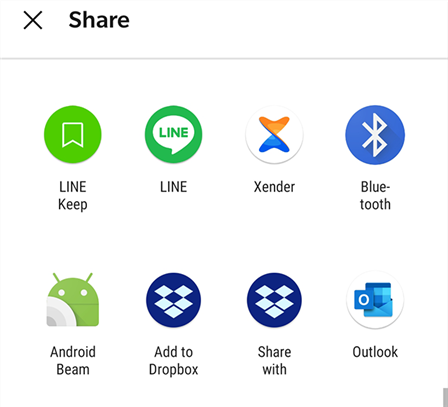 Step 8. Scan for the device you want to send the file to and select it. Your chosen APK will then be sent to it.

That is all you need to do to transfer apps from one Android device to another via Bluetooth.

Part 2. Transfer Apps from Android to Android with Backup

One of the ways people restore old data on their new phones is to use the backup and restore method. You can create a backup of your old device including all the apps and then restore it while setting up your new phone. It will restore all of your apps as well.

Android provides you with two methods to create backups of your device. You can either create a local backup that is stored on your device or create a cloud backup. The advantage of a cloud backup is that you do not need to have the old phone with you when you restore the backup.

The following shows how you transfer apps between Android devices using the backup method.

Step 1. Launch the Settings app on your device and tap on System.

Step 2. Tap on the Backup option and then enable the option that says Back up to Google Drive. 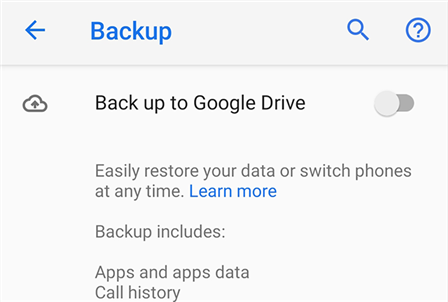 Step 3. Wait while your phone is being backed up to the Google Drive cloud storage.

Step 4. When the backup is created, start setting up your new phone.

Once the backup is restored and your phone boots-up, you will find that you have all of your old phone’s apps running on your new phone. You have successfully transferred apps from your old device to the new one.

Part 3. Transfer Apps from Android to Android with Smart Switch (Samsung Only)

Samsung has actually made its own app called Smart Switch that allows the users to easily transfer files and apps between their devices. If you have a Samsung device, the app will either be preloaded on your device or you can load it off the Play Store.

You can then use it to transfer files between your Android devices. It is an easy to use tool to bring apps from your old device over to a new one. Also, it works over several connection methods including WiFi, USB, and external storage.

The following shows how you can get the app and use it to transfer apps from Android to Android.

Step 1. Download and install the Smart Switch app on both of your devices, if you have not already.

Step 2. Launch the app on both of your phones. Tap on the Send data option on the old phone.

Step 3. Tap on the Receive data option on the receiving phone.

Step 4. Select Wireless as the connection method to wirelessly transfer your apps.

Step 5. You can then select the type of content to transfer. Choose Apps and tap on Send to transfer apps from your old phone to the new one.

Step 6. Tap on Receive on the receiving phone to accept the incoming content.

Smart Switch is a pretty easy way to transfer apps between two Samsung Android-based devices. You should consider using it if both of your phones happen to be Samsung.

Part 4. Transfer Apps from Android to Android with AnyTrans

If you notice, each of the methods described above has limitations. Some of those require your phone to be from a certain manufacturer while others require that you first export the APKs of your apps before you can transfer them to your new Android phone.

If that sounds like a bit too much for you and you would rather prefer a simpler and faster method, you may want to use a third-party tool to do the task. There is an app called AnyTrans for Android that allows you to transfer apps from one Android device to another without the hassle to do anything that the other methods require.

It is actually a full solution to all of your file transfer needs and it can help transfer music, videos, apps, and many other types of files. The following describes how you can use it to transfer your apps.

Step 1. Download and install AnyTrans for Android on your computer.

Step 2. Connect both of your Android devices to your computer via USB cables.

Step 3. Click on Android Mover in the left sidebar of the app. 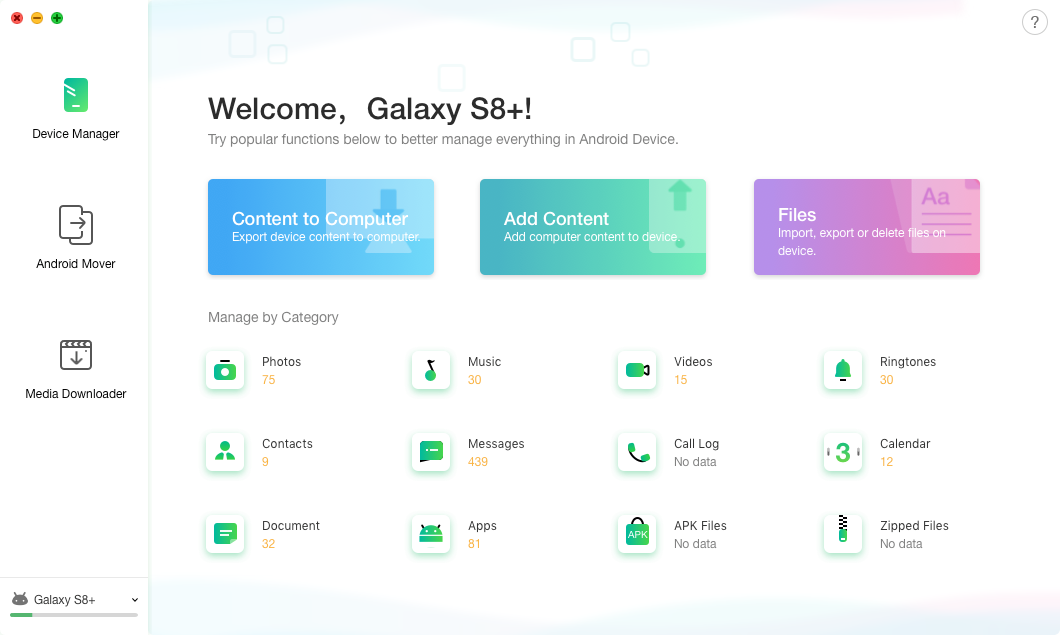 Step 4. Click on the Android to Android option on your screen.

Step 5. It will ask you to choose the files you would like to transfer to your other device. Select Apps in the list and click on Next. 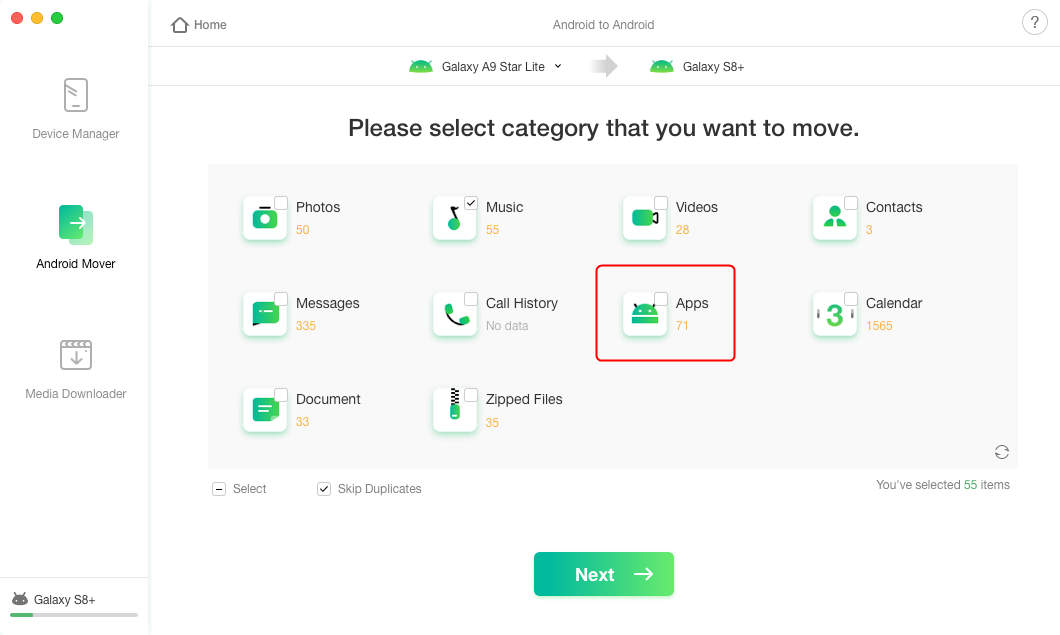 Select apps to be transferred

Step 6. Wait for it to start transferring apps from your first device to the second one. 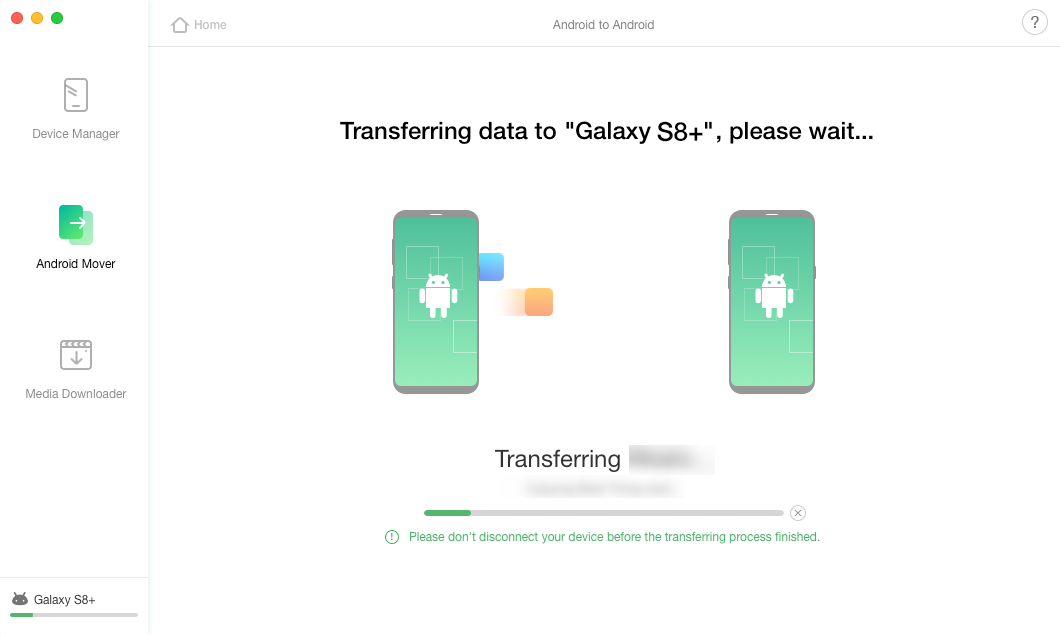 Wait until the apps are transferred, AnyTrans would inform you when the content transfer is completed.

On occasions like when you get a new phone or your friend wants an app that you have on your phone, it becomes even more useful to learn how you can transfer apps from one Android device to another. Our guide above has four different ways to accomplish it and we hope it helps you out with your task.