Wondering why your iPad won’t update iOS/iPadOS when you are trying to update it to the latest version, like iPadOS 14? This article is going to help you find out the possible reasons and share you some quick fixes.

My iPad mini won’t update with the newest iPadOS 14 download. Why? All I see is a message to Try Again or Try Again Later. This failure to install has happened several times during the past few days. What should I do other than reboot my iPad?

—A user from Apple Community

When the new iOS comes to the public, updating to the new iOS is most user’s choice. And Apple always does a good job in terms of the iOS software update, iOS 14 and iPadOS 14 were in September 2020. But, as the above user reported, kinds of various problems are inevitable when you try to update to new iOS.

This article focuses on the problem that iPad won’t update iPadOS. Especially after the release of the official iPadOS 14, you may meet this error when trying to update. Before talking about how to fix iPad won’t update iOS software, let’s examine the possible causes of this issue. 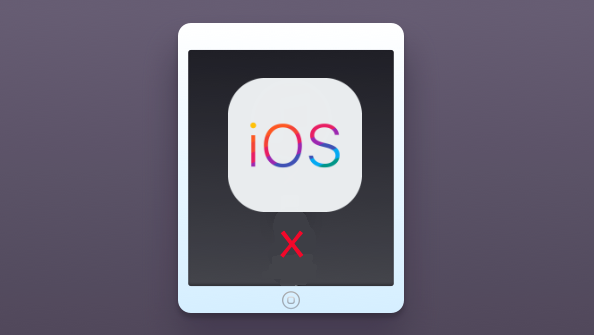 Also Read: Unable to Check for iOS 14 Update? How to Fix >

Why iPad Won’t Update Software & Solutions to It

Now, let’s have a look at the possible reasons and check out the common yet useful tips to fix iPad won’t update to the new iOS.

AnyFix – iOS System Recovery is capable of fixing 130+ iOS/iPadOS/tvOS issues, covering almost all system issues your iPad may encounter. Like iPad won’t update, iPad won’t sync with iTunes, iPad is frozen, and other 40+ iPad system problems. And there is no data loss when using Standard Repair mode. Besides, you can easily enter or exit recovery mode with this tool.

Now, here are the steps you can follow to fix iPad system problems:

Step 1: Download and install AnyFix – iOS system recovery on the computer. Then launch it and connect your iPad with a USB cable.

Step 2: Tap on System Repair on the home page. 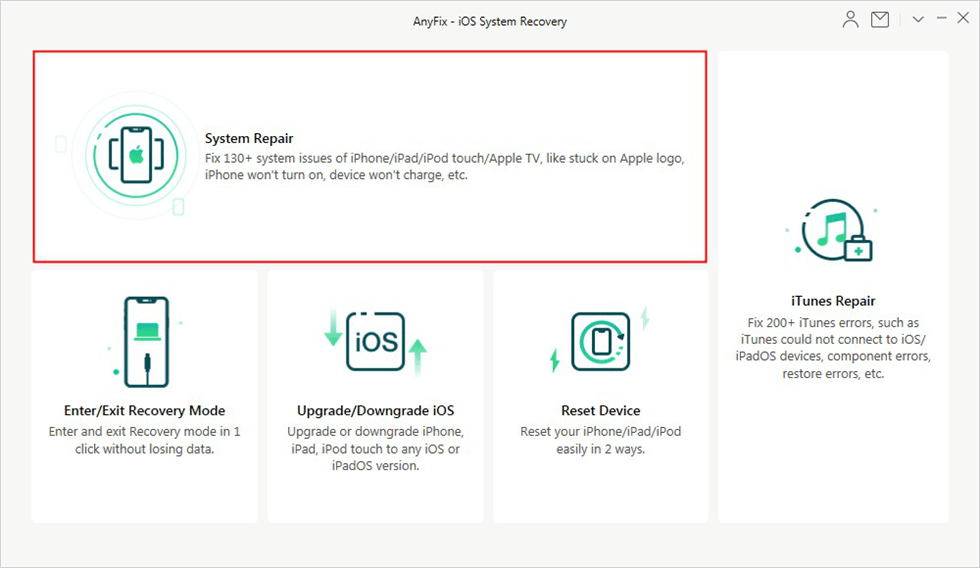 Choose System Repair on the Homepage

Step 2: Choose 40+ iPad Problems and remember to connect your iPad with computer. Then tap on Start Now. 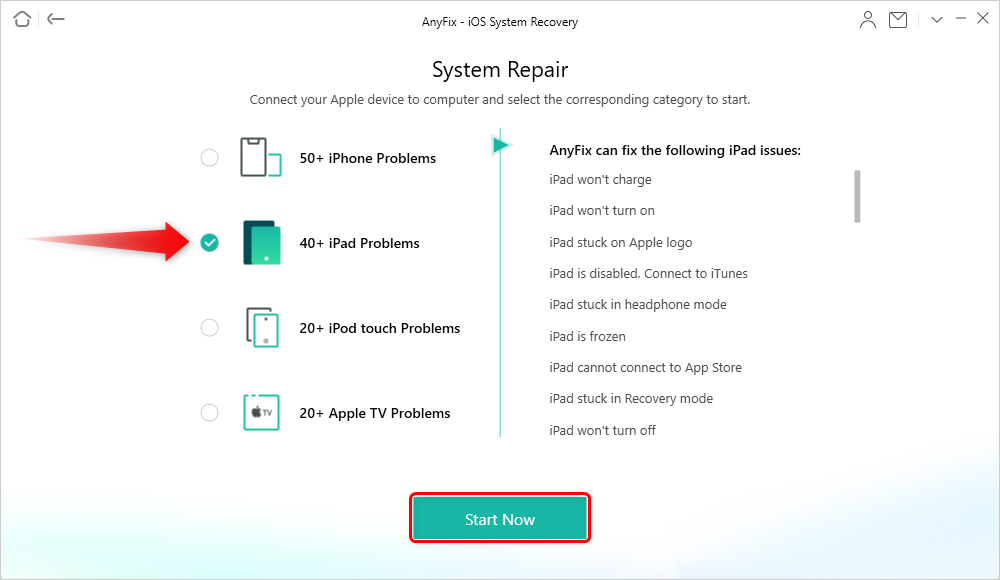 Step 3: Now, you can select a repair mode to fix iPad won’t update or other iOS problems. AnyFix provides you three modes to make sure your device can get back work with the highest success. Here we take Standard Repair as an example, which supports the most common system issues and no data will be erased. 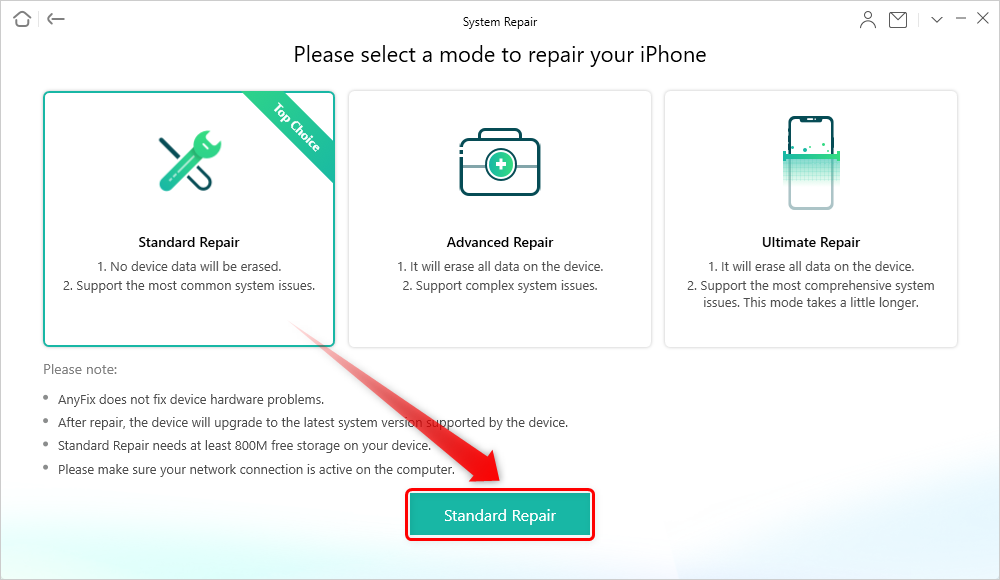 Select a Mode to Repair

Step 4: Next, click Download to get a matching firmware for your iPad. Once Firmware downloaded, click Fix Now. This tool will automatically start repairing after that.

Step 5: Wait a while and the repair process will be completed as the interface below shows. 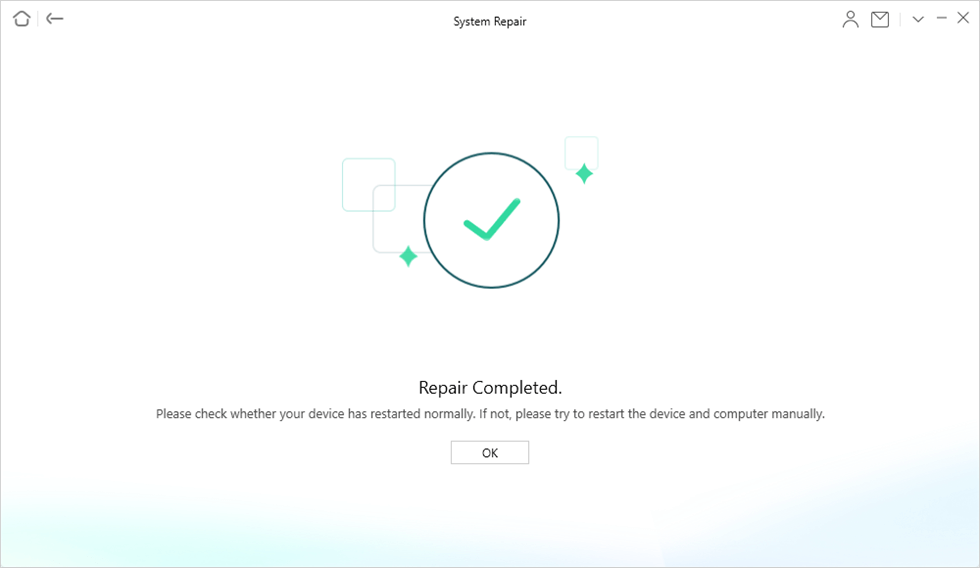 If the new iOS is not compatible with your iPad, it is certain that there won’t come any update recommendation on your iPad. So, it is necessary to check if your iPad is supported by the iOS system you want to upgrade to. If not eligible, then your iPad won’t update to it.

3. Check the Left Space on Your iPad

If there is not enough space on your iPad to check for updates, you’ll face iPad won’t update issue inevitably. So, before updating to the new iOS, it’s better to do full preparation, such as backup your iPad data and make room for the iOS update.

Make sure your iPad has sufficient battery left. Just charge it to 100% to ensure a smooth iOS update. Otherwise, your iPad may drain out during the upgrade process or directly won’t update iOS.

iOS update by over-the-air needs a Wi-Fi connection, so, the poor Internet connection may cause iPad won’t smoothly update iOS. Thus check if your iPad is connected to functional and stable Wi-Fi.

6. Wait for a While or Update It Other Time

When Apple rolls out an update for its iOS, almost all the users get notified and hence all of them run to update the iOS at the same time. This may cause Apple servers could not handle such an amount of huge traffic. Overloading may cause your iPad won’t update iOS immediately. So, if you’re not in a hurry to do it, you can wait for a while or update your iPad some other day.

7. Update Your iPad with iTunes

For iPad won’t update software over the air, you can try to update it via iTunes instead and here is what to do:

Step 1. Get the latest version of iTunes and launch it on your computer. Connect your iPad to the computer.

Step 2. Tap on the Device icon when it appears in iTunes.

Step 4. Enter your Passcode on iPad.

If all the above methods don’t work, it is time to take a little bit more drastic action. Some suggestions said that restoring the device from an earlier iTunes backup might resolve this error. But as you know, the restoring device will cause all your iPad data lost. So, making a complete backup before you do that.

9. Get the Latest iPadOS with Ease

Once you fixed iPad won’t update, here is another tip that can help you avoid meeting this issue again. You can update your iPad directly with AnyFix – iOS system recovery. It provides you the way to upgrade or downgrade iPhone/iPad to any iOS/iPadOS version. Just follow the simple steps below to update with ease. 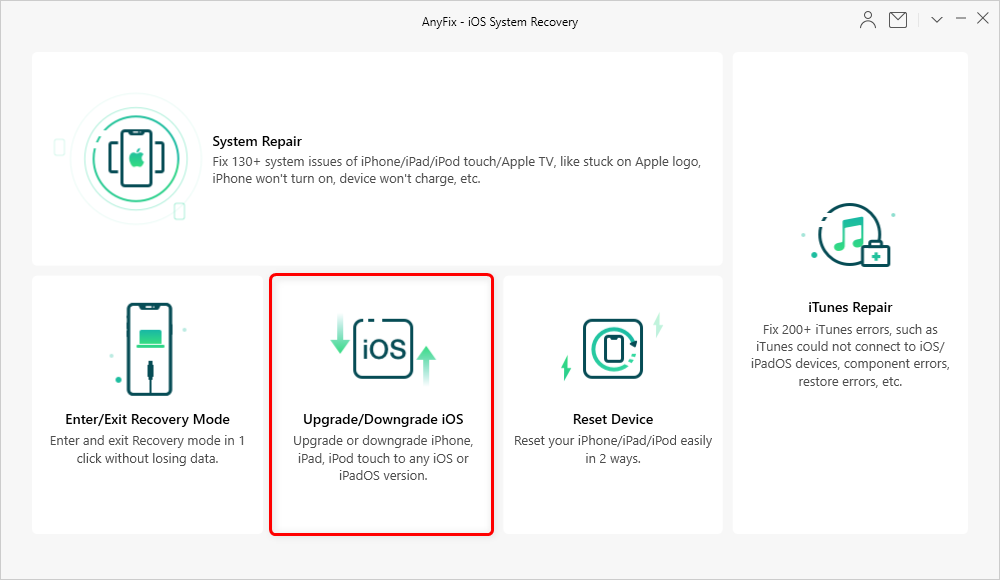 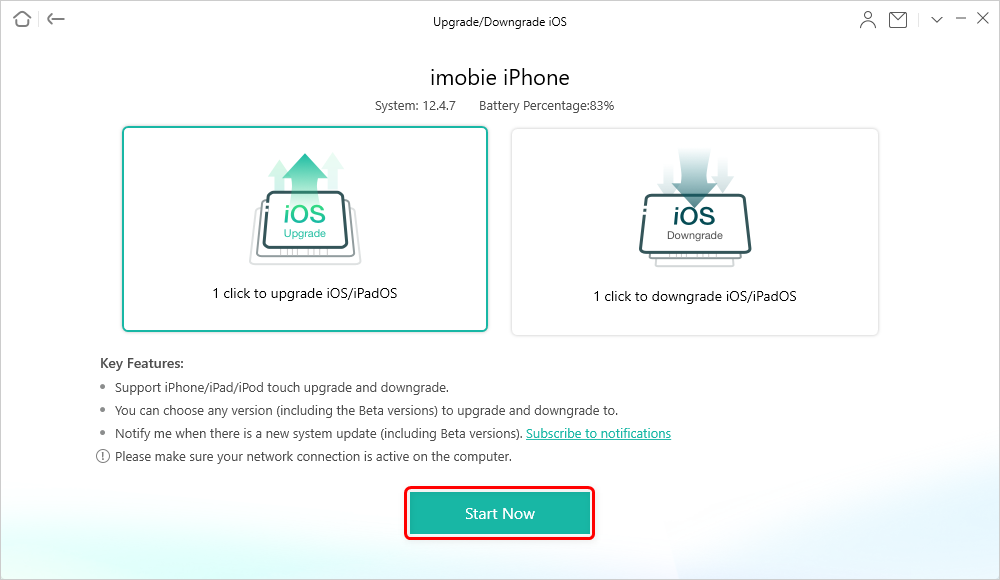 Step 3. Then all the available iPadOS versions will be listed. Choose one and download > Click Upgrade button to continue. AnyFix will start upgrading automatically. Please do not disconnect your device until it restarts.

In a word, you can check out all the solutions mentioned above to fix your iPad won’t update issues. And AnyFix – iOS System Recovery allows you to fix 40+ iPad problems and update to the newly iPadOS 14 directly. Try to use it and solve your problem. Do let us know your feedback by commenting below. Also, let us know of any other solution if you have any. Last, if you feel this article is helpful, welcome to share it with more people.