Instructions about Move to iOS App

Move to iOS app is developed by Apple to help Android users to transfer data to their iOS devices. It is free at Google Play store. You just need to install it on your Android device, and you can switch to iOS within just several steps. Move to iOS enables to transfer contacts, message history, camera photos and videos, web bookmarks, mail accounts, and calendars. Even though it is a quite easy-to-use tool, it is necessary for a newbie to learn about Move to iOS instructions. 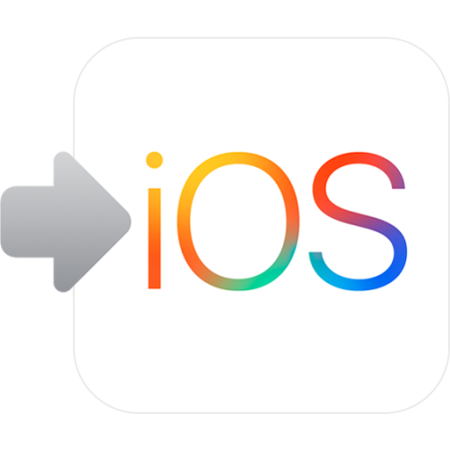 Before you start to transfer data from Android to iOS with this app, don’t forget to download and install it on your Android device. Move to iOS app requires Android 4.0, or higher, and iOS 9.0, or above.

Step 1. Follow the regular steps to set up your iOS device. When you enter a page about Apps & Data, choose Move Data from Android. After click this option, tap Continue and a ten-figure (sometimes six-figure) code will show up on the screen. Then stop operation on iOS device, and go to Android device. 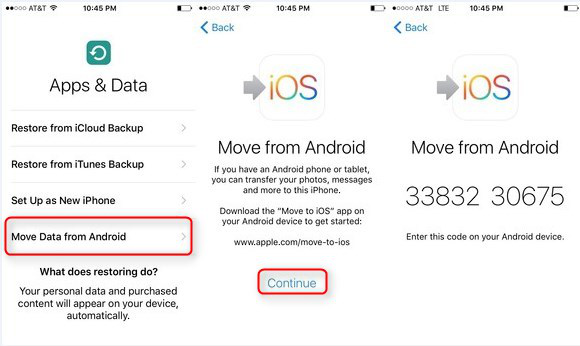 Step 2. Open Move to iOS app on your Android, agree with the term of use, and tap next on the Find Your Code page. Then it requires you to enter the ten-figure (sometimes six-figure) code showing up on iOS. After code entered, two devices will start to connect. This needs some time, and be patient. When connection is done, you can choose what data you want to transfer, and begin the transferring. The transferring period mostly depends on the amount of data. And make sure both device network works well in the whole process, otherwise Move to iOS will not work . 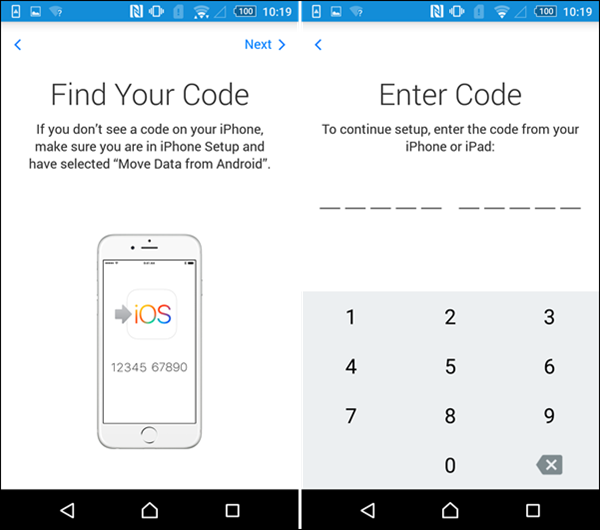 When the data is all transferred, you click Done on Android, and tap Continue on iPhone 7 to finish the following setting up steps.

Move to iOS is nearly a perfect app for transferring data between phones, but it also has some flaws, just like any other software. There are two big defects for Move to iOS:

1. Move to iOS will erase data on iOS if there is some data before transferring.

2. Move to iOS only enables Android to iOS, but iOS to Android is not supported.

Step 1. Run AnyTrans on PC, or Mac > Connect both Android and iPhone to it with USB cables > Choose “Phone Switcher” mode > Click on “Phone to iPhone” option to transfer files from Android to iPhone. 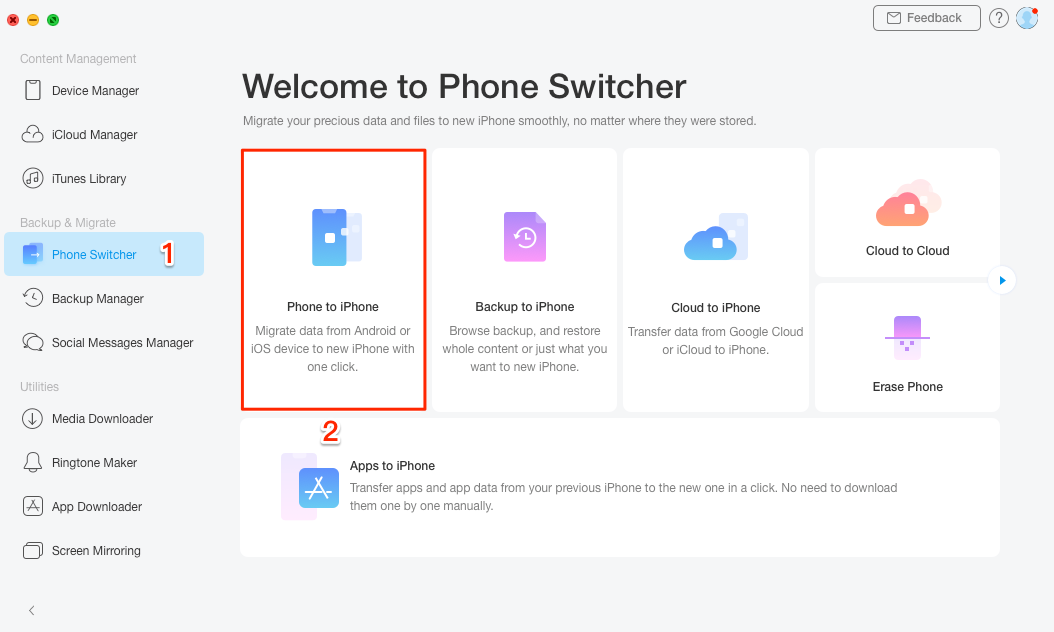 An Alternative to Switch from Android to iPhone 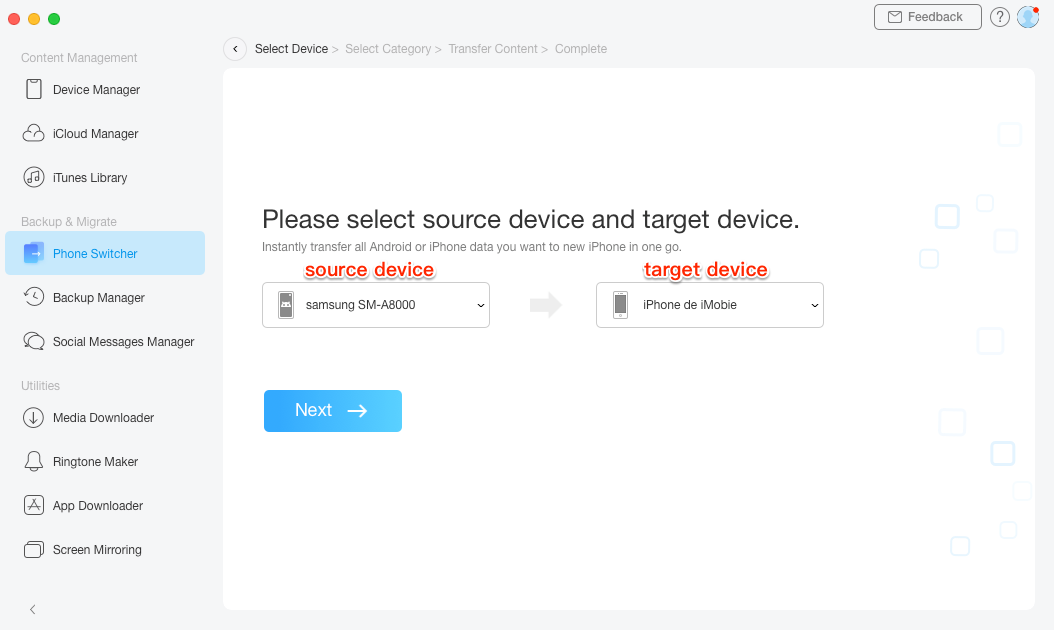 Step 3. Check the types of data you would like to transfer, then click on the Next button to start transferring the data to iPhone. 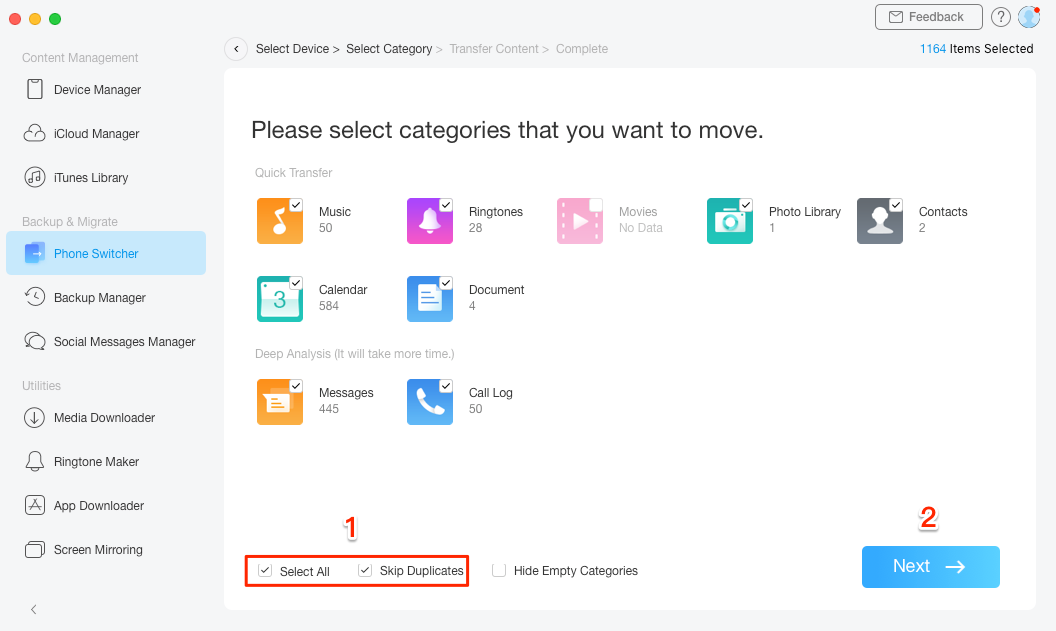 Transfer Data from Android to iPhone

Move to iOS instructions is just as simple as we have represented above. You can learn them easily. If your iOS has some important data already, we sincerely remind you that Move to iOS will erase data, and to give a try with the recommended Android to iOS tool – AnyTrans.