How to Recover Deleted Emails on iPhone iPad

Data loss always happens in our daily life, among multiple reasons, there is one stupid yet funny reason is that we accidentally delete it by ourselves. There is no exception of Emails, as one of the most mistakenly deleted types of data. Fortunately, you can easily recover deleted Emails on your iPhone or iPad by following the Methods introduced below.

You may not aware that Apple has a useful but not known Undo feature. Apple barely publicizes it and most users do not know this feature even when they spare effort to retrieve deleted data. The Undo gesture supports most common Apple’s own apps, fortunately, including Mail. So, now, check the following steps to see how to recover deleted emails on iPhone iPad with Undo gesture.

Step 1. On your iPhone iPad, with running the Mail app, select an email and hit the trash button. 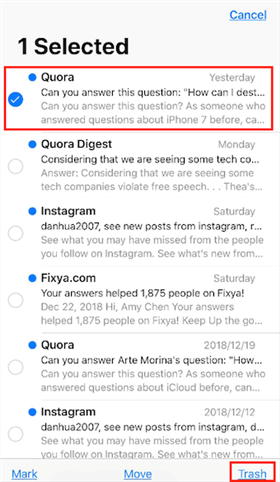 Step 2. Once you realized you deleted the wrong email just now, give your iPhone or iPad a quick (and gentle) shake immediately. Then you’ll see a dialogue box saying like the picture shows. Tap Undo to reverse the previous delete action. 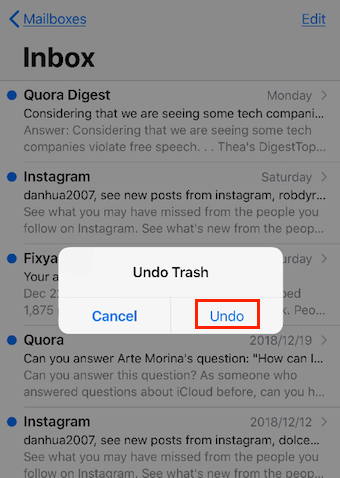 Step 3. After that, you’ll see the deleted email has come back to the Inbox. But it says “This message has no content.” Don’t worry, iOS just doesn’t bring the recovered email back on to the screen, but it indeed recovered. 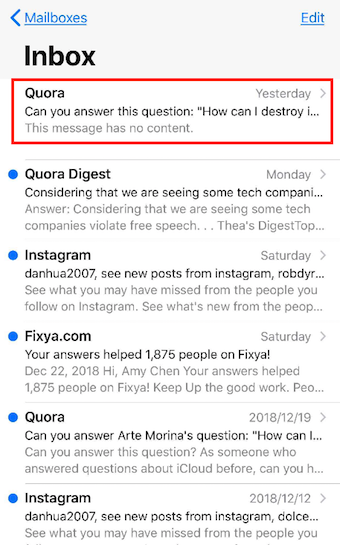 Step 4. Tap Inbox, or Mailboxes, or close the Mail app and reopen it, whatever control takes you out of the email view and then back to the inboxes, you’ll see the recovered email right there. 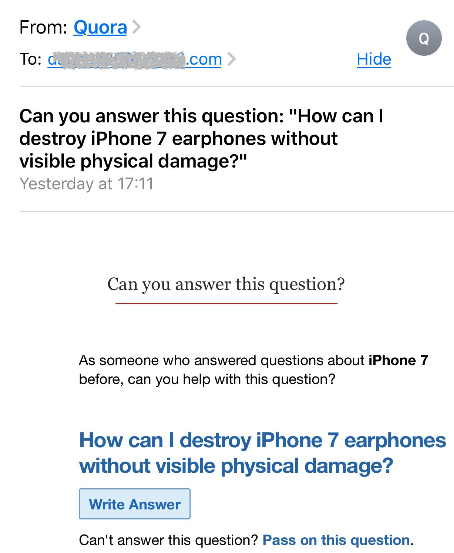 Two points need to be noticed: One is that this Undo action is a single-step undo, you can’t use it to undo more than one action, which means that you can only undo one previous action. The other one is that you do this undo gesture immediately after deleting your email, hasn’t been a long time and didn’t reopen the app, otherwise, you can’t retrieve them with undo feature.

Actually, when an Email deleted from your iPhone or iPad mail inbox, it not exactly permanent removed from your device immediately. It first gets been moved to the Trash folder, but that doesn’t mean it’s always in there. Your iPhone or iPad will perform the second and permanently deletion after about one week (by default).

If you realized you deleted Emails by accident in time, then you can follow steps below to get them back.

Step 1. On your iPhone or iPad, launch the Mail app. 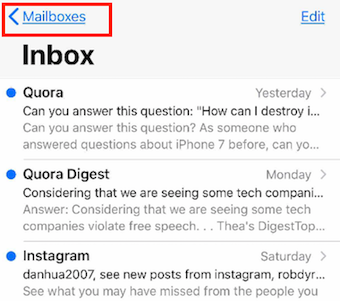 Step 3. Select the Trash icon and tap it. 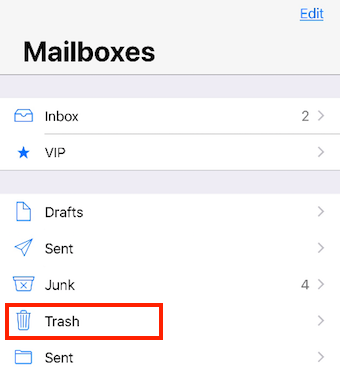 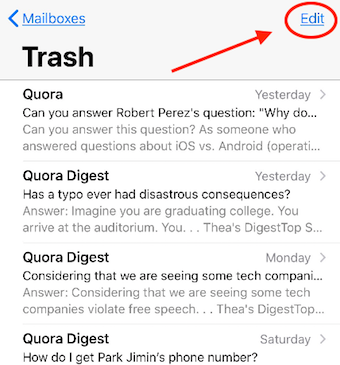 Step 5. Select the Emails you want to recover and hit the Move button. 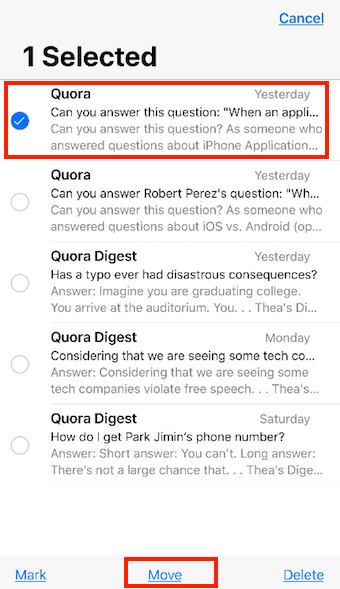 Step 6. Select the folder you want to move it to and check it afterward.

As you see, 2 methods in this post can help you recover deleted Emails on iPhone iPad. If you feel this article is helpful, welcome to share with your friends and families. By the way, if you deleted other important data on your iPhone iPad like photos, messages, notes, calendar, videos and more, you can have a try on a reliable iOS data recovery tool.