One of the issues you could encounter on your Samsung phone is warning camera failed. When this error appears, you cannot make use of the built-in camera on your phone. Luckily, you can fix this issue using various methods and the following guide covers those methods for you.

I have a 32GB Samsung S7 with a 64GD storage card inserted. Yesterday, when changing the camera operation to selfie (front) camera mode, I immediately received the following error: ” WARNING Camera failed.  OK “.

I researched potential fixes and have tried everything I found except for a full delete/factory reset. Can anyone offer advice or any other suggestions?

Camera Failed is one of the problems usually encountered by the users of Samsung Android phones just as the above user said. Since the error message does not tell much about why the error has occurred, it becomes difficult for you to figure out what is causing the problem.

Thanks to the guide below, you do not need to scratch your head any further. The guide tells you about the possible causes of the error. It then goes on to explain various ways to fix the camera Failed error on your Samsung device. 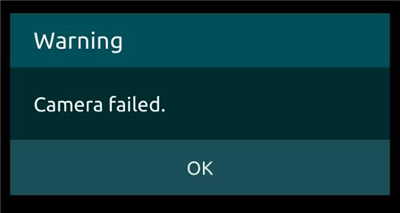 Also Read: How to Unlock Samsung Phone If Forgot Pattern >

Why the Warning Camera Failed Appears on Samsung

Occasionally, almost all the Android-based phones experience minor issues related to the software. These errors are relatively easy to fix as they are caused by some minor tweaks that have been made to the phone.

These software bugs can be caused due to various factors. It might be that you installed a new software update, or you installed a utility that interferes with your system’s working, or something else.

If you have not cleared your cache files, your phone likely has tons of these files. As a result, you find that your phone slows down, and even some of the essential features like the camera stops working.

Reason 3. Issues Due to Installed Apps

The apps that you install on your phone are supposed to enhance the capabilities of your device. However, sometimes these apps do not get along very well with your system and this causes many issues on the device. Your camera failed error could be the result of such an incompatible app.

You cannot say for sure what app is causing the issue. However, if the problem has arisen after installing a specific app, that app might be the reason your camera is not working.

How to Fix the Camera Failed Error

You have learned the probable causes of the Camera Failed error on Samsung phones. It is time to find out how to fix that issue so you can get back to capturing amazing photos and videos on your device. Use the following methods to get around the camera failure issue on your phone.

One of the very first things you need to do when your camera stops working is to relaunch the Camera app and then reboot your device. When you close and re-open Camera, it tells the app to reload all of its settings and configuration. In case that does not work, you can reboot your device which forces the whole system to reboot.

To Relaunch the Camera App

To Reboot a Samsung Phone

As mentioned earlier, the cache files are often the reason why you have many issues on your device. The good thing is you can get rid of these cache files without affecting your phone or your apps. Your phone and apps should function normally even when you have deleted your cache files.

If you are not sure how to clear the Camera app cache, the following tells you how. 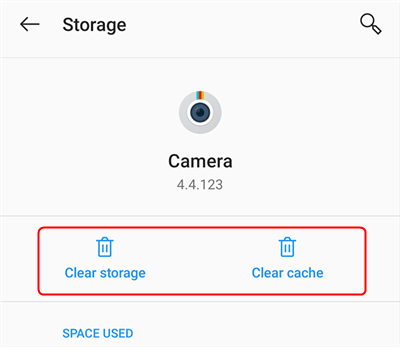 Clear the Cache and Data for the Camera App

Many users who consider themselves photographers use various third-party camera apps on their phones. If you have installed such an app on your device, you can try to get rid of the app to fix the problem.

Many third-party camera apps are not fully compatible with all Samsung phones. Therefore, if you encounter an issue, it is best you get rid of the problematic app as soon as possible.

The following shows how to remove an app from your phone. 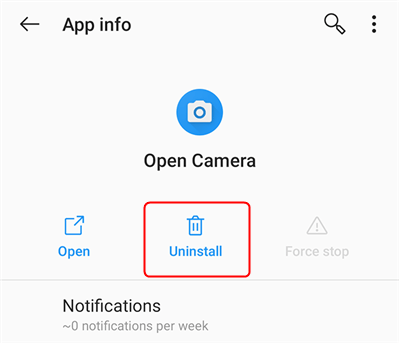 Safe mode is one of the modes on your Samsung Android phone that allows you to troubleshoot issues, especially the ones possibly caused by your installed apps. When you reboot your phone in safe mode, your phone does not load your apps or any of their settings. Your phone only loads the essential system files and this gives you an opportunity to investigate the issue.

You can use the safe mode on your phone as follows. 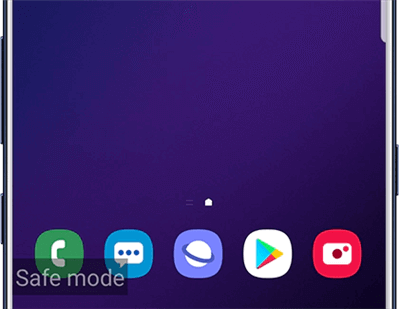 Further Reading: How to Fix Safe Mode Stuck or Won’t Turn Off >

You need to reboot your phone into recovery mode to clear the cache partition. Here we show how you do that. 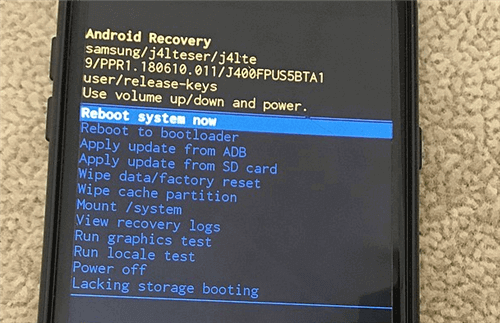 Obsolete or buggy apps are also why your camera fails to load. Fortunately, fixing this issue is relatively easy as all you need to do is update your installed apps. There is an option in the Play Store letting you update all your apps at once.

You can utilize that option as follows on your Samsung phone. 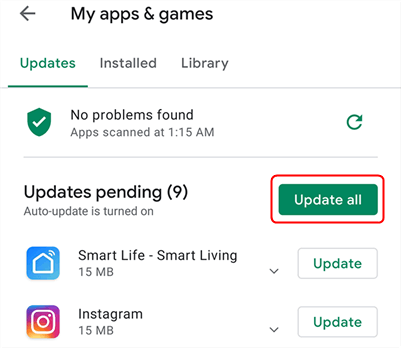 Update All your Apps

A faulty SD card can also cause your camera not to function. If this is the case, you need to check your SD card and ensure it is functional. One of the things you can do to possibly fix your card is to reformat it.

Reformatting your card reinstalls the proper file system structure on the card. You can do this either from the Settings app on your phone, or using your computer.

Note: formatting your SD card deletes all data on it. Make sure you backup the data you wish to keep.

Many users panic when they see the camera failed error on their phone as it makes them think their camera has got some serious issues. Fortunately, that is not the case with most phones. One of the methods above should help rectify the issue and your camera will start working again.