Recover Data from Phone That Won’t Turn On

Many users reported that they want to retrieve pictures from a Samsung Galaxy phone that is not turning ON! As we all know, Android is always good to go device that boasts a variety of features, but these phones sometimes create an issue due to system errors.

One such common issue faced by multiple Android users is that their device won’t turn ON, and they start worrying about how to retrieve data from the broken phone! This issue might seem to be quite challenging at the first go, but in reality, it is not that tough as it sounds by getting your hands on the correct methods!

Also Read: How to Fix Android Recovery Mode Not Working >

Can you Get Data Off a Phone That Won’t Turn On?

Before moving on to the methods of “how to recover data from a phone that won’t turn on,” it’s crucial for you to know why this issue arises and whether it is really possible to get data off a phone that is not turning ON.

Firstly, talking about the reasons behind this problem, then your Android device won’t turn ON due to any one or more reasons stated below!

As you have got to know the reasons why your Android device won’t turn ON, now it’s time for you to know whether you can retrieve the data from such an Android device or not!

The answer to this question is “YES”! Fortunately, you can quickly recover data from a phone that won’t turn on, but this is possible only if you follow the right methods. So, let’s discover the best methods to do this in the following section of this article.

Further Reading: How to Flash and Reinstall Android OS >

How to Recover Data from Phone That Won’t Turn On?

So, here’s a list of top methods that will make the entire process of recovering the data hassle-free and quick!

The first and foremost way to recover data from the phone that won’t turn on is by extracting files from the SD card. For this, you simply need to retrieve the data by using a USB card reader.

Here’s how it goes!

Step 1: Remove the SD card from your Android device and insert it into the USB card reader.

Step 2: Now, connect the USB card reader to your PC.

Step 3: Once the computer detects the USB card reader, all the data saved in your Android phone will be displayed on the screen.

You can try to open the file and check the relevant data that you are looking for!

Another way to recover data from a phone that won’t turn ON is by using the phone’s backup. You can use multiple cloud storage services like Google Drive to back up the data from the internal memory of your dead Android device.

Here’s a detailed guide on how to recover the data from Google Drive backup.

Step 1: Go to Google Drive’s official website on your PC and log in to your Google account with the email ID that is linked with your Android device. 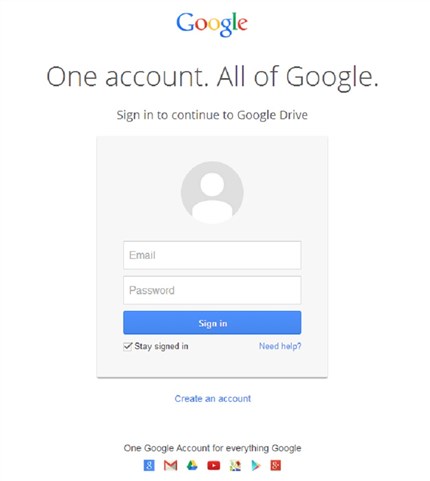 Step 2: On the main interface of Google Drive, click on “Storage” and then tap on “Backups” option at the top-right corner of the screen.

Step 3: Here, you will see the latest backup of all the devices connected with your Google account. You can simply click on the backup file related to your Android device and hit the “Download” button to recover the backup on your PC.

It was easy to recover data from the phone that won’t turn on by using phone backup!

Here, as a bonus tip, we will let you know some of the best quick fixes to fix the Android device that won’t turn ON. All these quick fixes are easy to get your hands on, and you will be able to fix your Android device without causing any data loss!

Your Android device creates cache files so that the applications and software on your device can be accessed quickly than before. So, you can simply try wiping the cache partition to turn ON your device but always remember that you won’t lose any data to enter Recovery Mode and wipe cache partition.

Here’s a guide on how to wipe cache partition on a Samsung device!

Step 2: Leave the “Power” button only as soon as the Samsung logo appears on the screen with Recovery Mode on.

Step 3: Now, use the “Volume Down” button to navigate to the “Wipe Cache Partition” option and press the “Power” button to make a selection.

You have successfully cleared the cache partition in your Android device. You can now check if your device is turning ON or not! If no then try fixing it with the next method. 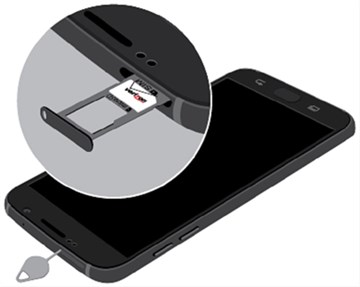 If you are able to turn ON your Android device after removing the SD card, then the SD Card is to blame.

You May Need: The Best SD Card Recovery Software for Android >

If your Android device refuses to boot at all even after pressing the “Power” button, then it might be out of power. Basically, it won’t boot instantly after your charge it because the battery might be completely drained out, and therefore you need to wait for few minutes to let your phone turn ON.

So, simply plug in the charger to your Android device and leave it for 30-40 minutes and then try turning it ON.

With any of the 3 methods above, you can easily fix your Android device that won’t turn without causing any data loss!

This article has clearly stated the best methods to recover data from a phone that won’t turn on! You can follow any of the methods of your choice above but make sure to follow the step-by-step guide appropriately so that you won’t be stuck in between.